Footage from 40 years ago shows towns in Sydney’s west ravaged by mass flooding – in the exact same area that is now seeing residents evacuating in their tens of thousands.

The video shows locals waiting for help sitting on the roofs of houses completely inundated by water, with others driving tinnies down main roads in the town centre.

The floods sadly claimed the life of a 15-year-old boy who fell from a boat into the rapidly moving waters below.

Some 40 years later the pictures are not so different, with thousands of people from the western Sydney region being forced to leave behind their homes and belongings in a once-in-a-century disaster. 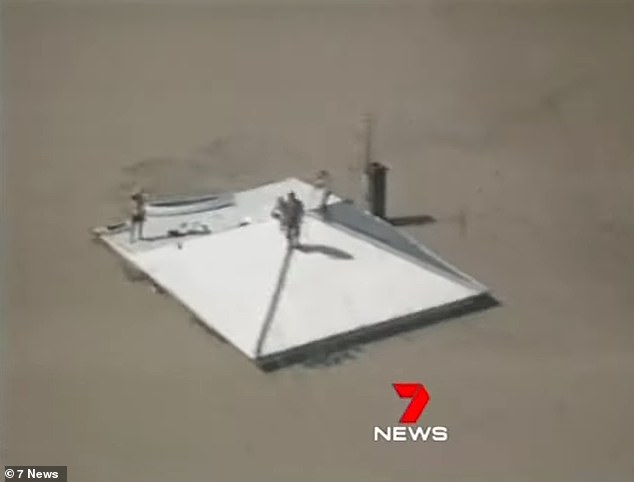 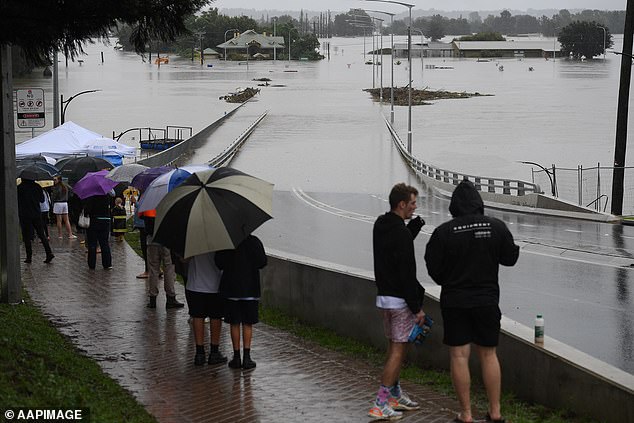 Some 40 years later the pictures are not so different, with thousands of people from the western Sydney region being forced to leave behind their homes (pictured, Windsor on Monday) 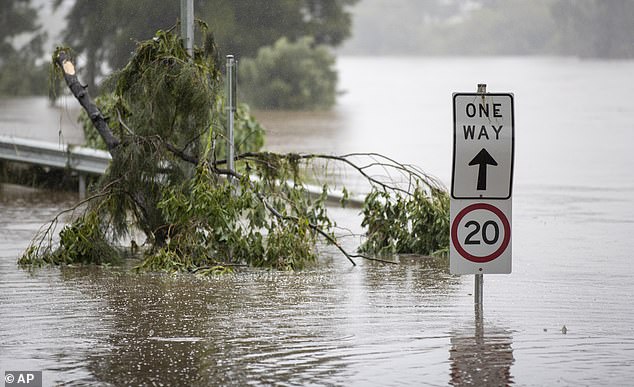 Sydney’s western and north-western regions have been saturated under daily rainfalls as high as 300mm over the past week causing mass flooding and evacuations (pictured, Jamisontown on Tuesday)

The Colo and Hawkesbury Rivers have caused mass flooding with rainfall between 200mm and 300mm lashing the area again on Tuesday.

The 1978 floods that lashed large parts of western Sydney were the result of similar levels of rainfall as the state is currently experiencing.

Between March 18 and 21 several catchment locations in western and north western Sydney recorded daily rainfalls of more than 250mm.

The six-day period ending on March 24th saw the region experience over 500mm, the result of which saw the Colo, Hawkesbury and Nepean Rivers to explode.

Towns including Penrith, Windsor, Richmond and Pitt Town experienced significant flooding, with dozens of families having to evacuate their homes.

Council flood boats and volunteers were tasked with helping residents move to safety and attempt to protecting their belongings – with the archived footage even showing firefighters dragging a horse trailer through neck-deep water.

Residents can be seen retreating from rising waters sitting on top of corrugated iron roofs waving to helicopters while others drive through the centre of town on tinnies and row boats.

The video also shows three boats from Wisemans Ferry washed up down the Hawkesbury River after being ripped from their moorings.

The images are reminiscent of the same situation that are currently gripping New South Wales and Queensland, with a state of natural disaster declared and 10 million Australians living under some form of severe weather warning. 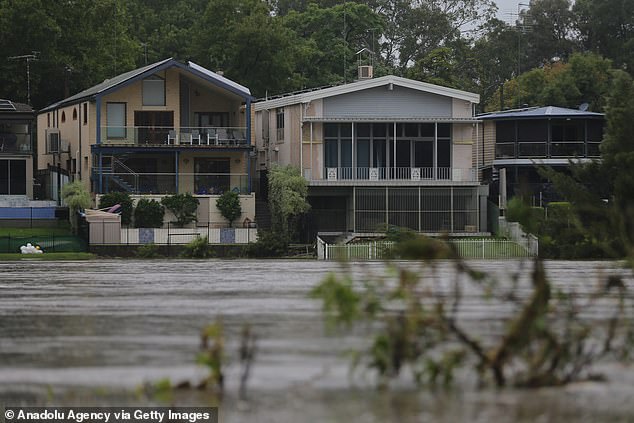 The Nepean River has experienced a mass flooding again, some 40 years after the 1978 disaster shown in archived 7News footage (pictured on Monday) 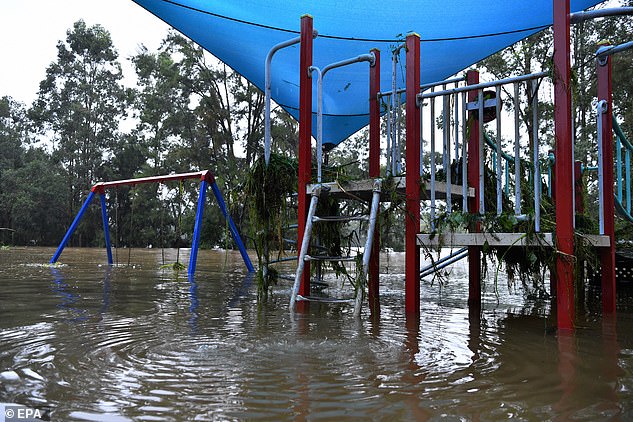 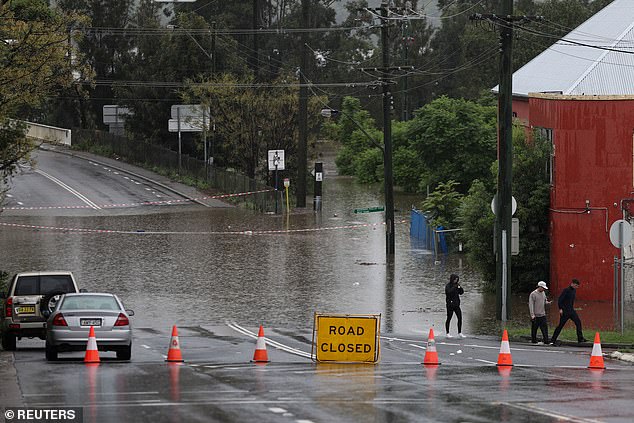 As many as 35,000 residents of west and north western Sydney have either been evacuated or are facing evacuation after mass flooding from local rivers.

The area has been saturated by between 200mm and 300m, with the rain expected to last through until Wednesday where relief is expected.

The NSW State Emergency Service has responded to 9700 calls for help across the state’s eastern coast and conducted 870 flood rescues.

‘From 8am … you should be ready to be evacuated from your home via helicopter or boat,’ the SES said.

‘If you do not leave when asked to it will be too dangerous to stay and you may be trapped without power, water and other essential services by 8am.’