By Anna Mikhailova For The Mail On Sunday


The preening self-regard of the great legal minds in the House of Lords was on full display last week as several peers defended themselves from the charge of courting lootin’ and Putin-friendly oligarchs.

This undignified sight was part of the spat following the Government’s laggard response to sanctioning them, with Ministers desperately trying to blame amendments tabled five years ago by QCs Lord Pannick and Lord Judge to legislation covering sanctions and anti-money laundering.

These required the Government to provide ‘good reason’ to sanction targets – men such as Arkady Rotenberg, Pannick’s client and Putin crony who the lawyer defended from 2014 to 2015.

Ministers say these amendments put too much emphasis on the rights of oligarchs.

In response, an incensed Pannick penned a letter to The Times saying oligarchs, like alleged murderers, are entitled to legal representation. 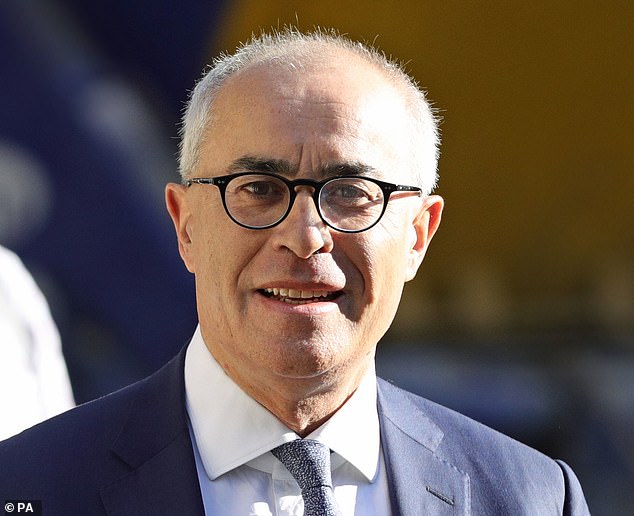 This undignified sight was part of the spat following the Government’s laggard response to sanctioning them, with Ministers desperately trying to blame amendments tabled five years ago by QCs Lord Pannick and Lord Judge to legislation covering sanctions and anti-money laundering

True, but not everyone can afford the huge fees some barristers charge for their brilliance.

Since December alone, Pannick has received £1.1 million for helping the Danish customs tax administration – but he hasn’t forgone claiming his taxpayer-funded £323 daily allowance for showing his venerable face in the Lords.

Meanwhile, just before Russia invaded Ukraine, Lord (Peter) Goldsmith QC treated me to an explanation why Parliament and democracy would be impoverished if lawyers such as himself had to resign their seats in the second chamber in order to spend more time with their bank balances.

As I previously revealed, Goldsmith (who was Tony Blair’s attorney general) has taken a ‘leave of absence’ specifically because he did not want to comply with new rules requiring peers to declare how much they are paid by foreign governments.

Goldsmith, who advised on the legality of the war in Iraq and who has done legal work for the Russian Federation, told me: ‘I’m sorry to have to take leave of absence, but I felt it was the only option open to me given the choice between that or revealing privileged and confidential information.’

Twaddle! The new rules simply allow the public to know who ennobled lawyers are working for and how much they are trousering. Their advice to clients remains secret.

Pictured: How to donate to the Mail Force Ukraine refugee charity appeal

Nevertheless, Goldsmith continued, saying: ‘Leaving aside myself, the absurdity of the rule has led to the Lords also losing the wisdom and guidance of three of our most senior ex-judges.

‘The justification given – that they might somehow damage the UK because ‘they are working for a foreign power’ as arbitrators – seems far-fetched and insulting. I hope this will cause the House to think again.’

As hustling lawyers never tire of saying: A man who defends himself ‘has a fool for a client’. Quite.

George Osborne was spotted last week chatting to Christie’s honorary chairman and minor royal David Linley ahead of the auction house’s spring sale, once a favourite place for oligarchs to deodorise their reputation and fortunes in London.

The former Chancellor, who oversaw a financial sector swilling with dodgy Russian money, had been admiring a Francis Bacon portrait of US President Woodrow Wilson, alongside a piece of paper stained with the blood of the assassinated Leon Trotsky.

Priced at £55 million, the Bacon was out of Osborne’s reach, but in other times would have attracted Roman Abramovich, who used a slice of his fortune to bring home a $86 million Bacon from Sotheby’s in 2008. But I hear he’s a little tied up right now.

I can reveal that Boris Johnson has quietly bowed to Tracey Emin’s request that her art no longer graces his walls. Emin, 58, who has swung between Labour and the Tories over the years, condemned No 10’s ‘shameful’ lockdown-busting parties and said she didn’t want to risk her neon piece More Passion encouraging any further debauchery.