By Eliza Mcphee and Lanie Tindale For Daily Mail Australia

A man has used his bare hands to drag a stingray to safety after finding the confused fish in his flooded garage.

The stingray was found struggling inside the house in Port Macquarie on New South Wales’ mid-north coast this week as severe floods continue to wreak havoc across the area.

Despite the dangers associated with the fish and the risk of flooding in his own house, the local took the time to pull the stingray back out into the open water.

WATCH: Locals on Port Macquarie’s North Shore have pulled a stray stingray to safety, after it managed to swim through floodwaters into their garage. There’s 300mm of rain to come: http://9Soci.al/qm1C30rBzMm #9News | Nightly at 6.00pm 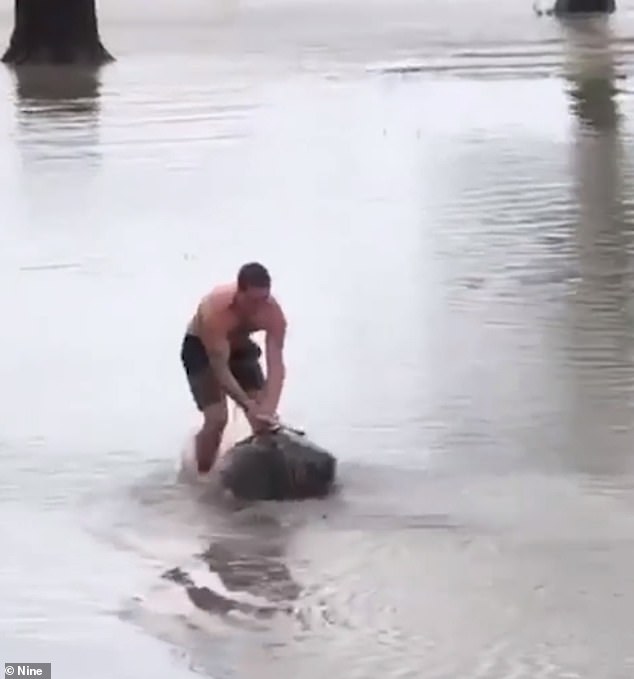 Footage of the incident has been shared online with the brave resident being labelled a hero.

‘Well done to this guy, he is a champion,’ one wrote.

‘On ya mate! Showing the people how to be a human being,’ another said.

‘Only in Australia,’ another said.

Stingrays are usually gentile, non-dangerous creatures and will only sting swimmers if they feel threatened or disturbed.

At the end of their tail they have barbed spines which can result in serious pain if a person is stung and in extremely rare cases even death. 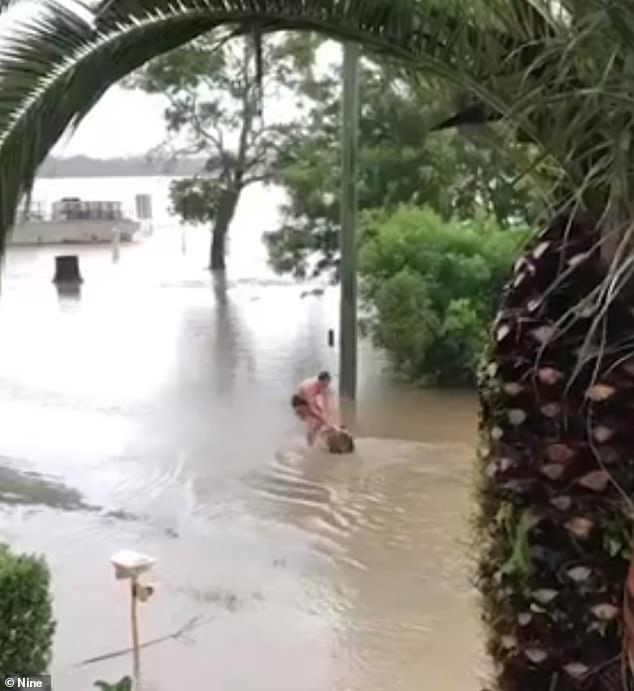 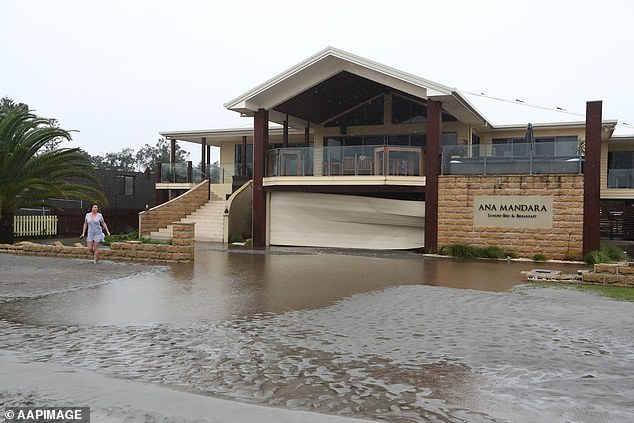 It comes as New South Wales continues to be battered by heavy rainfall with the threat of floods already forcing more than 18,000 people to evacuate.

The NSW State Emergency Service responded to 9700 calls for help across the state’s eastern coast and conducted 870 flood rescues as of Tuesday morning. 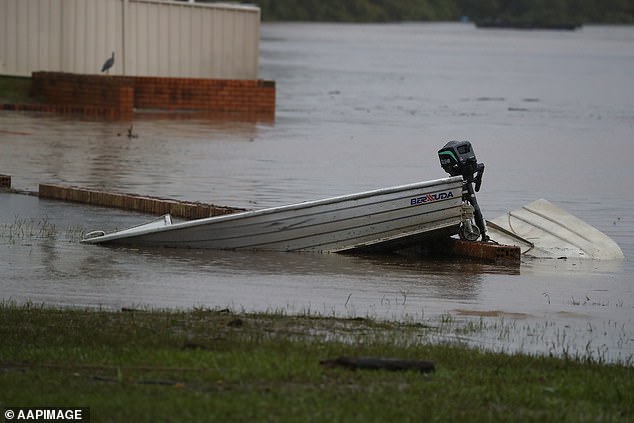 A boat is seen almost submerged in floodwaters in Port Macquarie