One might have thought that after 17 major announcements since lockdown, Rishi Sunak has said everything there is to say about the economy.

Not a bit of it. Today sees the launch of Tax Policy & Consultations Day, or TPAC as the accountants call it.

The idea is to bring together in one co-ordinated package up to 30 current tax reform plans cooked up in Whitehall. 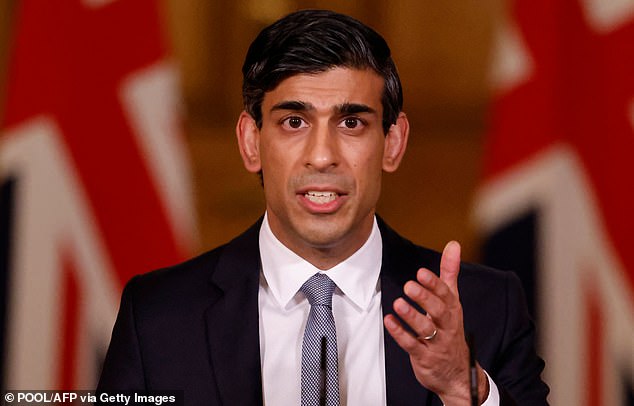 Tax day will offer a road map to future revenue reforms rather than have them drift out willy-nilly with the budget.

The tax muddle loomed ever larger in the pandemic. That most hated of High Street levies, business rates, has been suspended.

VAT has temporarily been reduced for hard-hit hospitality industries and most self-employed have been able to convert past self-assessment returns into rights for furlough style payments.

Logically, one might expect the self-employed to be part of the package. The Uber court ruling blurs the lines between the gig economy and being employed.

Under IR35, agency and contract workers would be regarded as employees and required to pay higher national insurance contributions.

All of this may end up equalising terms and conditions for the employed and self-employed, but it could also endanger entrepreneurship.

A record number of 84,758 businesses were founded on kitchen tables and garages in the pandemic. Extending the income tax and national insurance system in a way which penalises enterprise and flexibility would be a mistake.

After Boris Johnson’s ten-point plan for climate change, and with the Cop26 summit in November, Sunak will want to be on the front foot on the environment.

The International Monetary Fund has suggested that a charge of $35-a-tonne on CO2 might be enough for some countries to meet the Paris objectives, but to be really effective a higher price of $100 or more might be necessary.

Knowing the capacity of energy taxes to bring riots on the streets, from Paris to Chile, this is tricky territory. One possibility talked about for the UK is a ‘super-super’ investment break for green projects.

The Chancellor’s decision to raise corporation tax from 19 per cent to 25 per cent in 2023 shows how even the best navigation can end up in a swamp.

George Osborne’s cut in corporation tax to 19 per cent was partly paid for by taking away deductions such as the ability to carry forward all losses. The result is that is a double business tax whammy and will make the UK less competitive.

Tax geeks can expect a field day with everything from wealth taxes, to pensions and to online charges likely to get a mention. But be warned: consistent tax planning is not the UK’s strong suit.

My trainer and her partner spent much of lockdown fitting a new kitchen and are now getting around to painting.

As the full-year results from B&Q and Castorama owner Kingfisher show, they were by no means alone. Pre-tax profits jumped by 634 per cent to £756million, although the scale of the leap exaggerates because last year was blighted by exceptional items.

Covid lockdown and homeworking ramped up digital and has turned a group which struggled in recent times into a roaring success, with 18 to 34-year-olds among those enthused.

Screwfix’s online enterprise and trade counters, until Covid, were regarded as Kingfisher’s rawlplug in the hole. But there is a different look to the latest results with same store sales at B&Q in Britain and Ireland climbing by 13 per cent, twice the rate at Screwfix.

Big sales jumps were recorded everywhere from France to Poland, with Spain the only laggard.

The big question for chief executive Thierry Garnier is can he build on the gains? He seems confident that new trends in digital, working from home, click and collect have turned the tide.

It’s quite a journey back for shares, which dipped to 152p exactly a year ago, and now stand at 324p.

The Random House takeover of Penguin proved painful enough for authors and editors, crushed in the rush for scale.

So going a step further by adding Barack Obama’s publishers Simon & Schuster to the group through a £1.45million takeover would be horrendous for all stakeholders.

The theory that books and reading would be crushed by Kindle and Amazon, one and the same, has been walloped by the pandemic. The Competition & Markets Authority should show no mercy and block this unwanted deal.