Police are hunting for a man suspected of trying to kidnap a teenage girl at a bus stop in broad daylight.

West Midlands Police have released CCTV of the suspect after the alleged attack in Coventry on February 12.

The girl was waiting for a bus on St James Lane at 3.30pm when she was approached, police said. 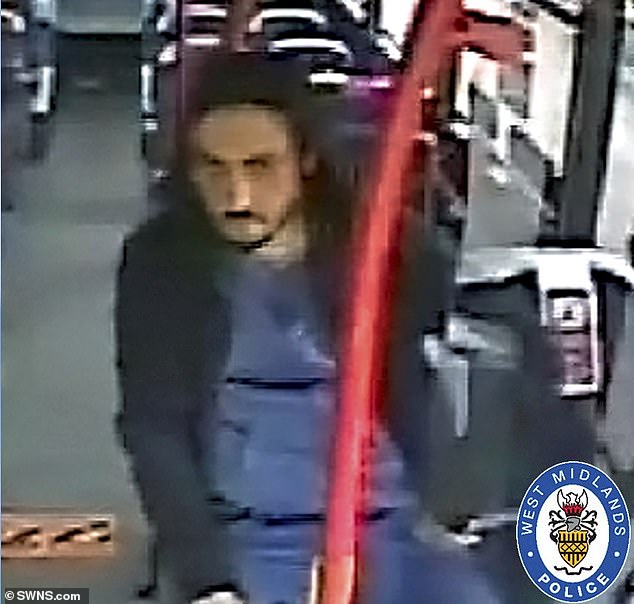 The man grabbed her wrist and coat and attempted to drag her away before she managed to escape.

After freeing herself, she ran home and called the police.

Police have issued footage of a bearded man on the bus wanted in connection with the attack.

He is seen pacing up and down a bus with his hood up and appears to be in an agitated state. 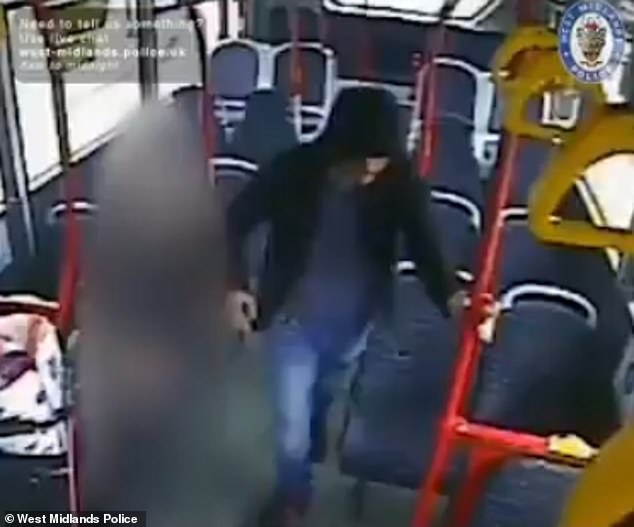 A police spokesperson said: ‘We believe a teenage girl was approached by a man in a bus stop, where she was grabbed by her wrist and coat.

‘Fortunately she was able to escape and made her way home where the police were called.

‘She was not physically injured, but undoubtedly this will have caused a great deal of distress.

‘His image has been shared internally, but we are now asking for your help to identify him.’

Anyone with information is urged to contact the police via live chat or calling 101 quoting crime reference number 20CV/41381X/21.