As the war in Ukraine continues into an 11th day, reports of military equipment losses have flooded social media with Russian forces said to losing huge numbers of tanks, aircraft, helicopters and armoured transports.

Despite initial fears of a quick Ukrainian capitulation, Ukraine has inflicted heavy losses on Russian invaders, managing to take 750 pieces of advanced military equipment off of the battlefield.

Staunch resistance has seen 108 Russian tanks destroyed, captured or abandoned with 50 ending up in Ukrainian hands.

Ukrainian media has also reported over 11,000 Russian death since the beginning of the invasion – over 1,000 deaths each day.

Vladimir Putin’s desire to occupy Ukraine with a swift victory has been scuppered by the losses with a massive 40km convoy of military vehicles meant to overwhelm Kyiv being stopped by embarrassing logistical failures. 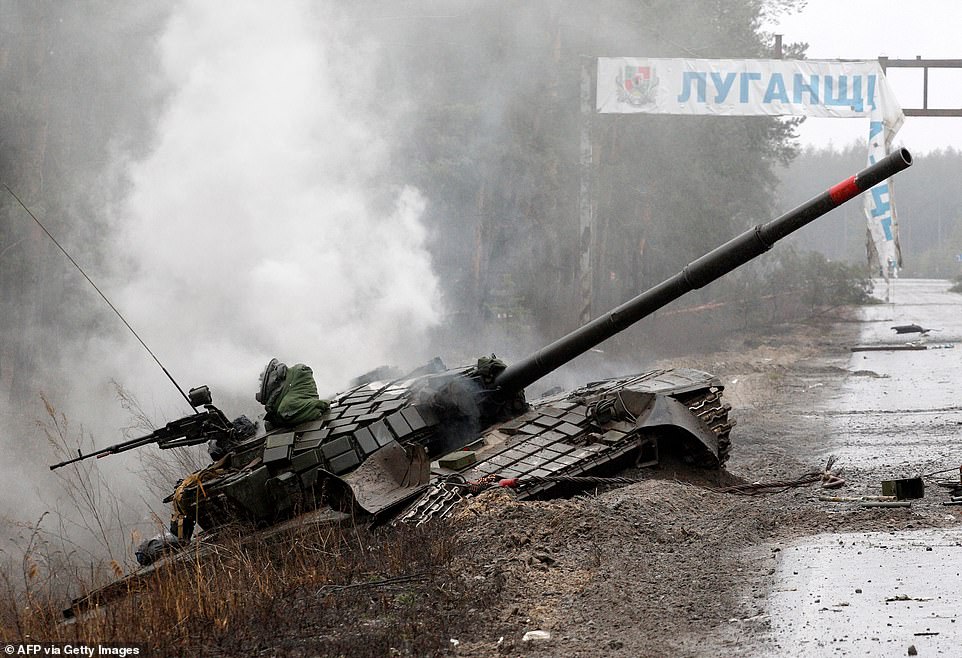 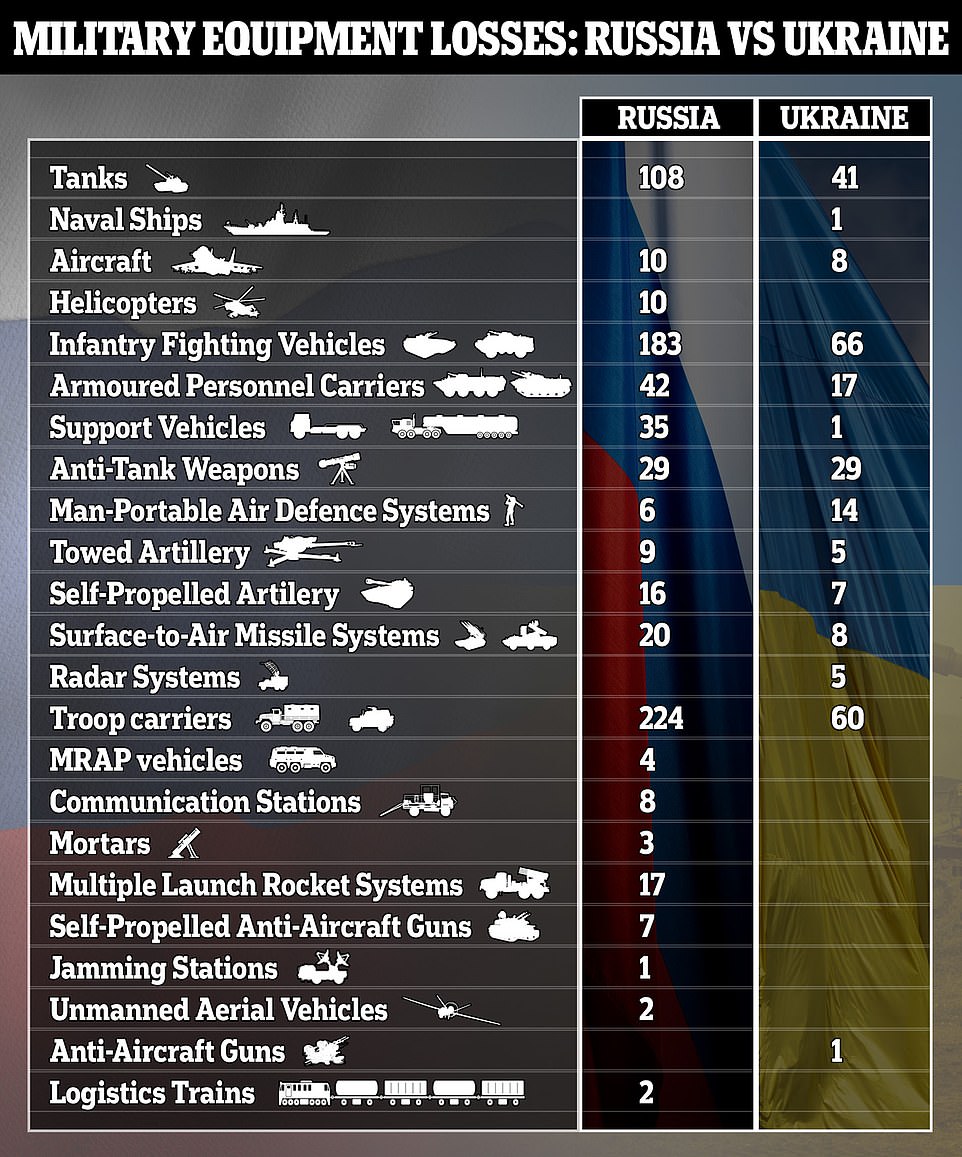 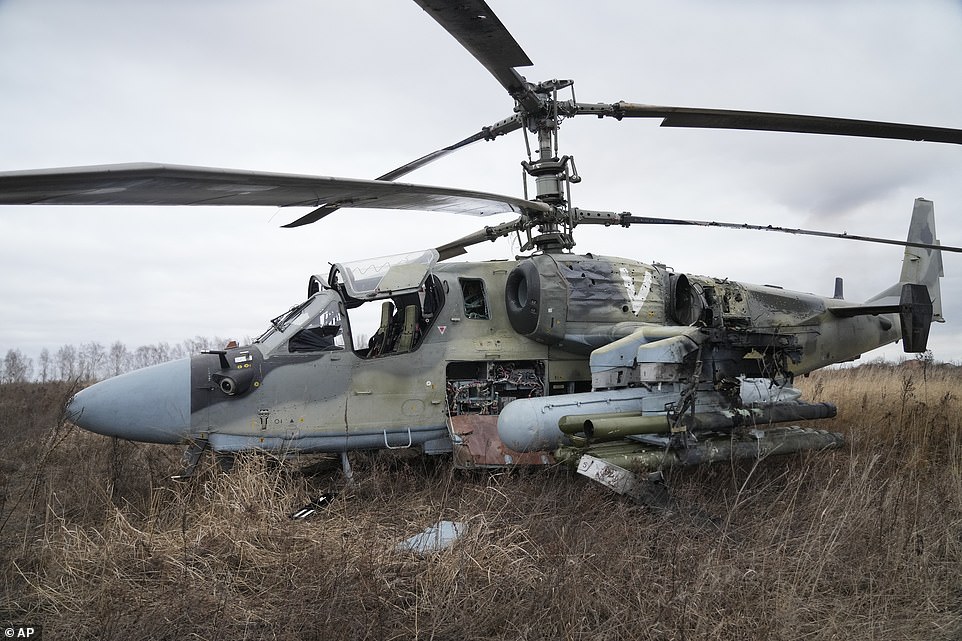 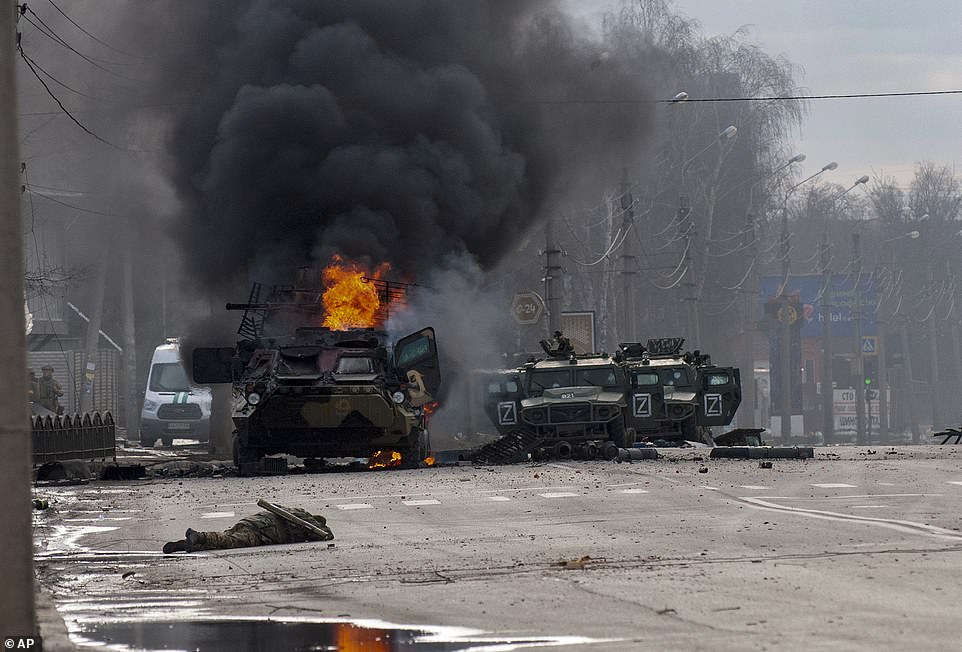 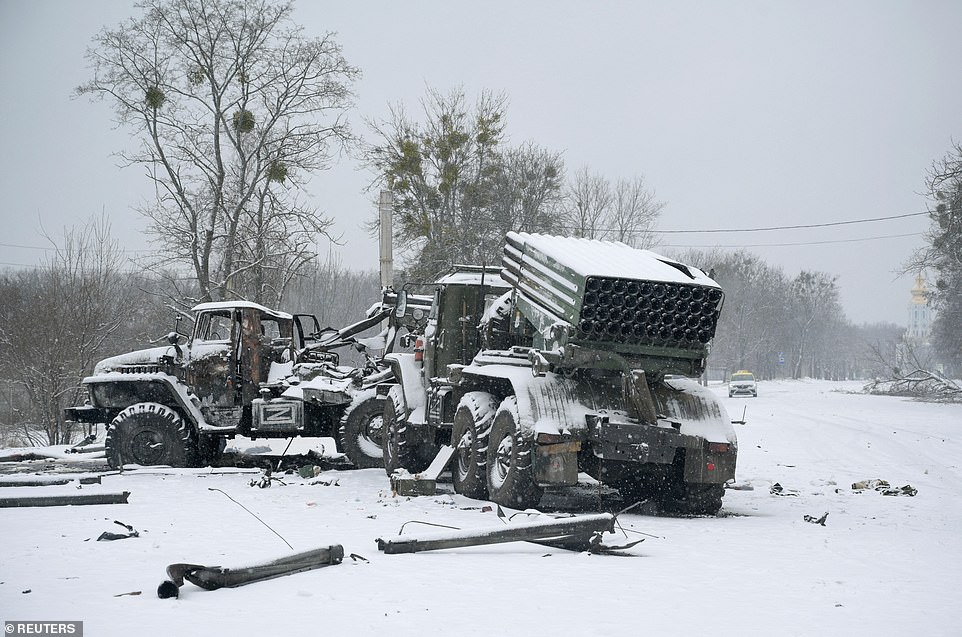 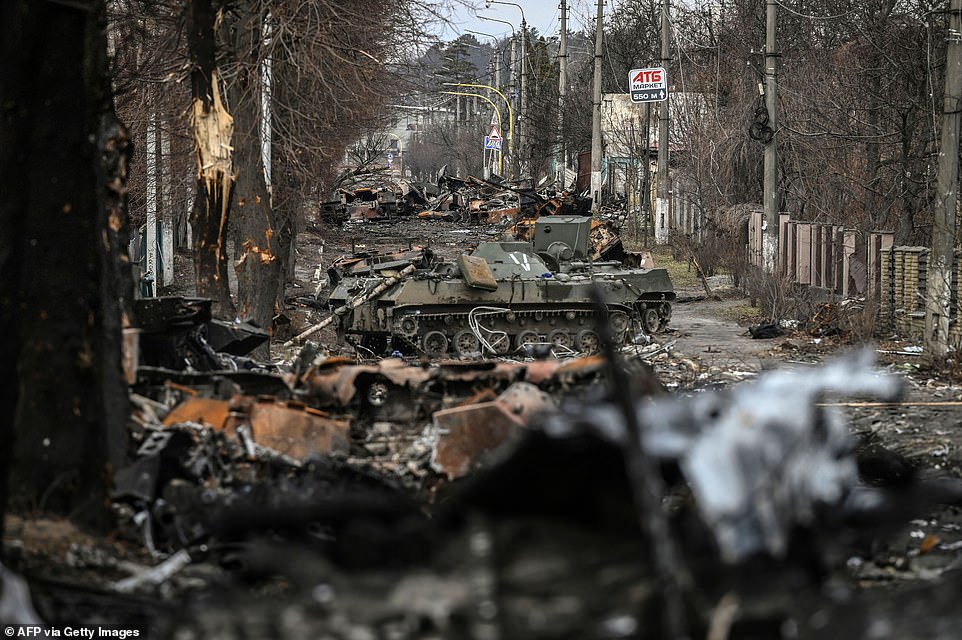 Destroyed Russian armoured vehicles in the city of Bucha, west of Kyiv, on March 4

The Ukrainian Army has reportedly downed 10 Russian helicopters and 8 planes in 11 days.

Saturday saw heavy losses for Russian aerial forces with as many as eight aircraft, as well as multi-role, strike and close air support aircraft and a drone taken down.

Experts have suggested that Russian air forces are struggling due to a lack of precision guided munitions on their aircraft means that planes and helicopters have to fly lower to attack using less advanced weapons – leaving them vulnerable to anti-air attacks.

Their losses, claimed by Ukrainian military sources, provide further evidence of Russia’s failure to gain the air superiority that Vladimir Putin thought would be achieved on the first day of the war.

Footage of a Russian Mi-24 or Mi-35 attack helicopter being shot down using a shoulder-mounted Polish PPZR Piorun missile in Kozarovychi in the Kyiv region went viral on social media on Saturday. 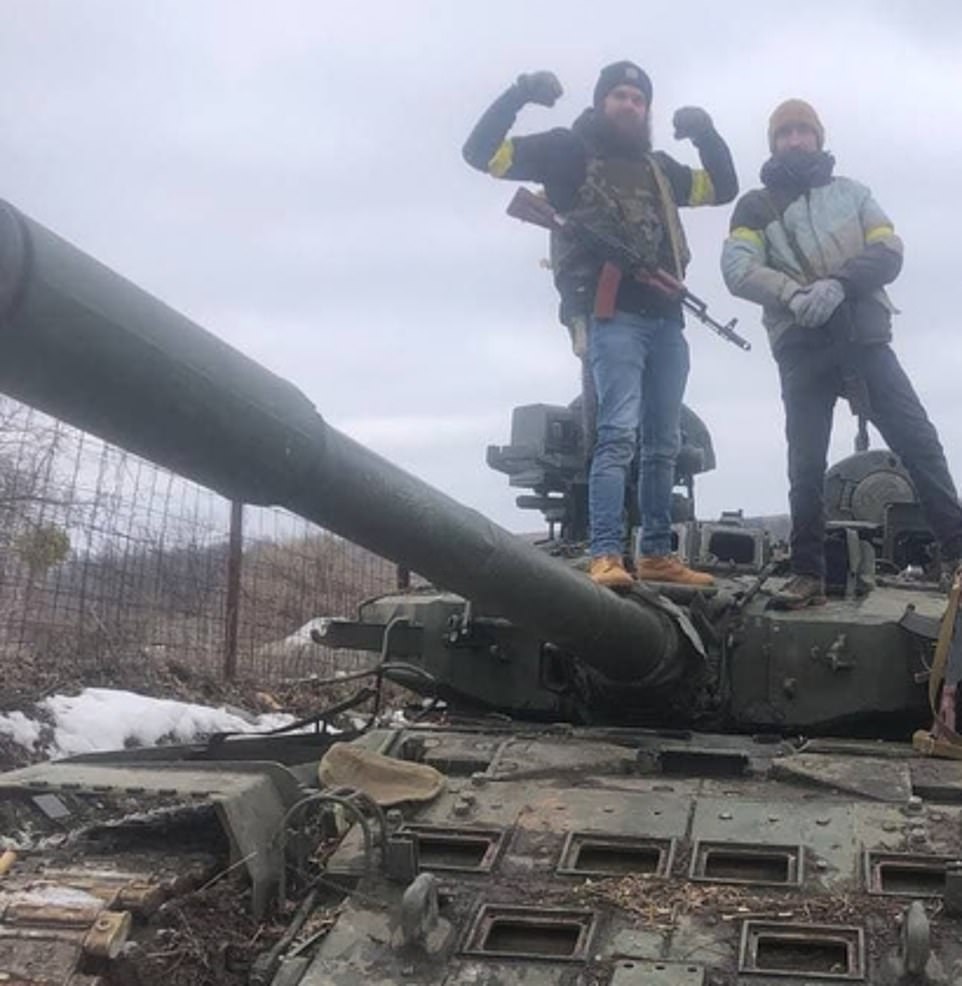 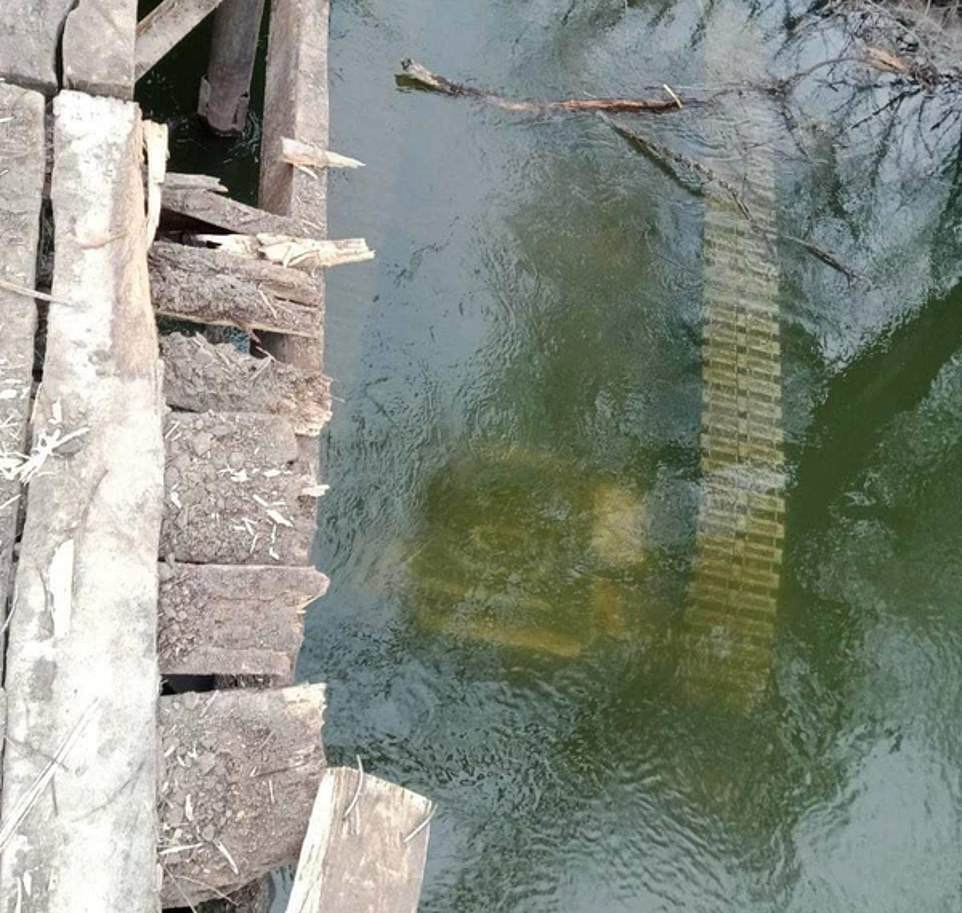 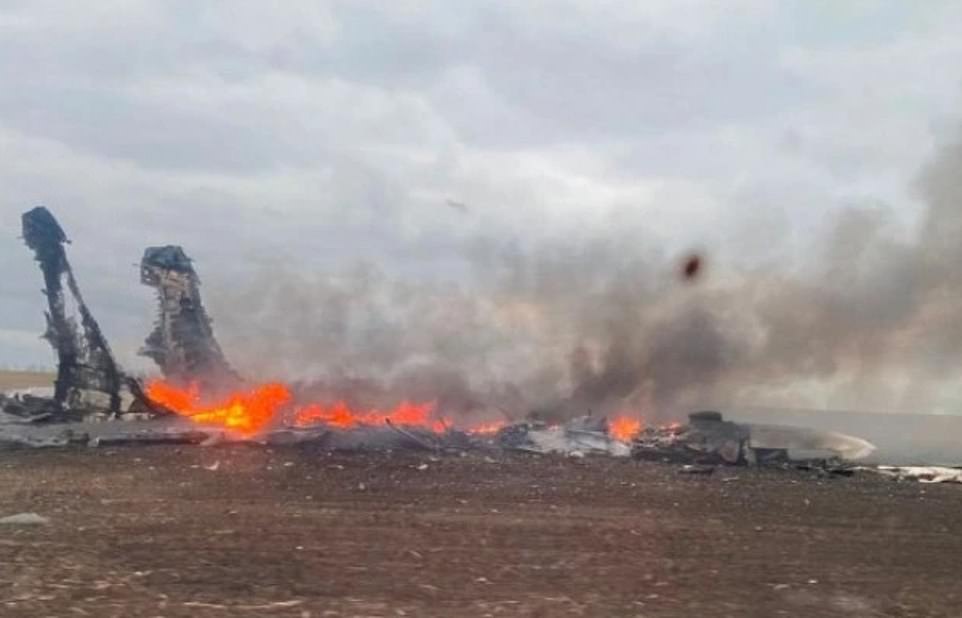 The burning wrecks of Russian aircraft shot down in Ukraine. The pilots were detained by soldiers and civilians 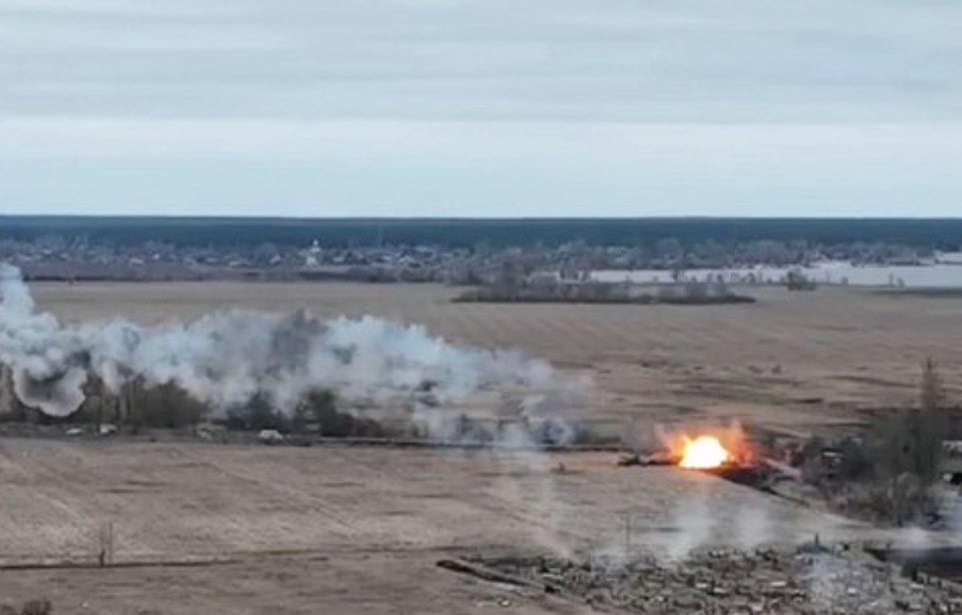 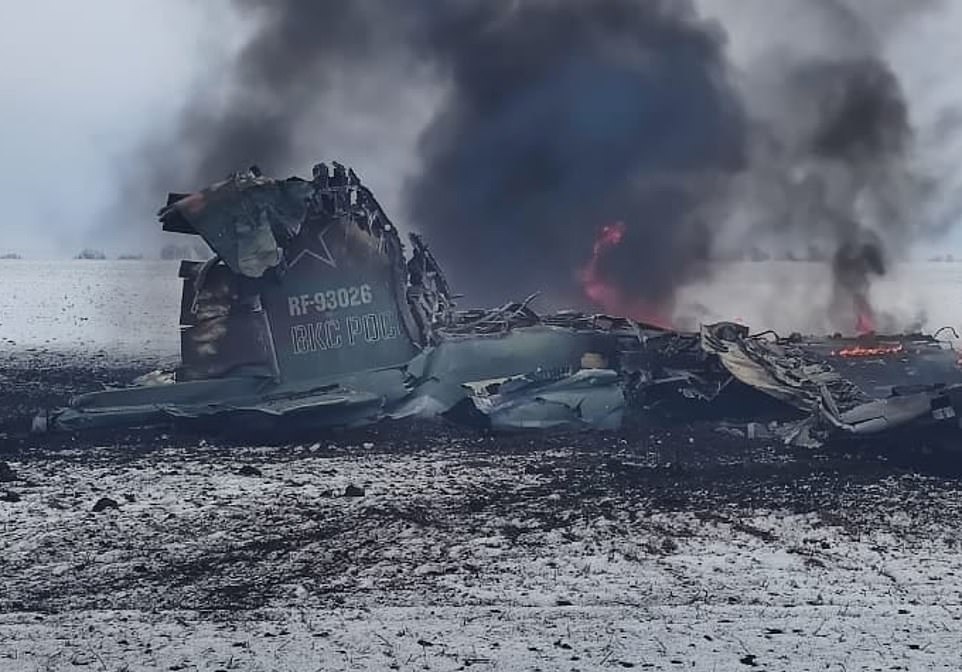 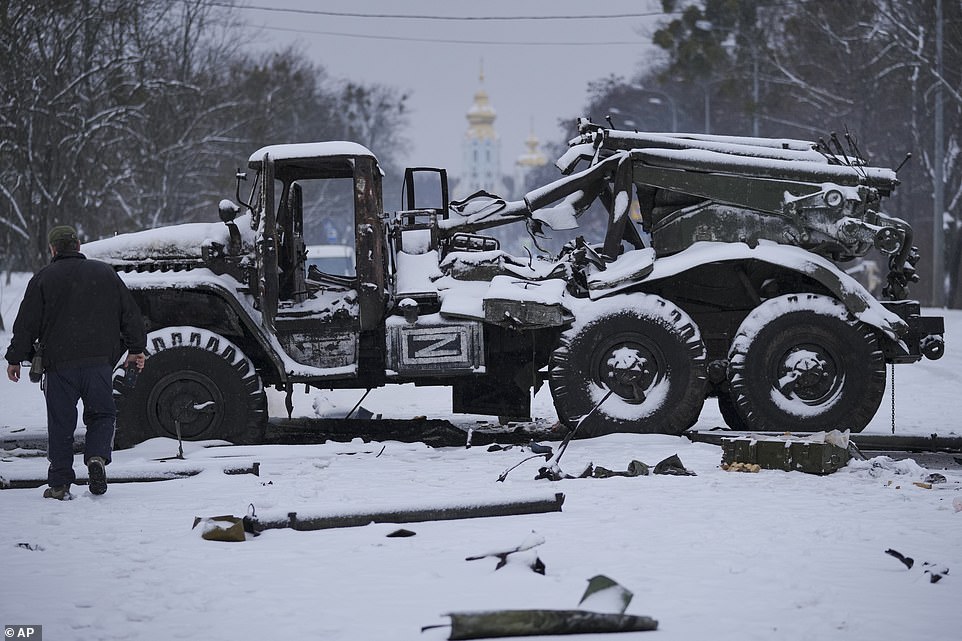 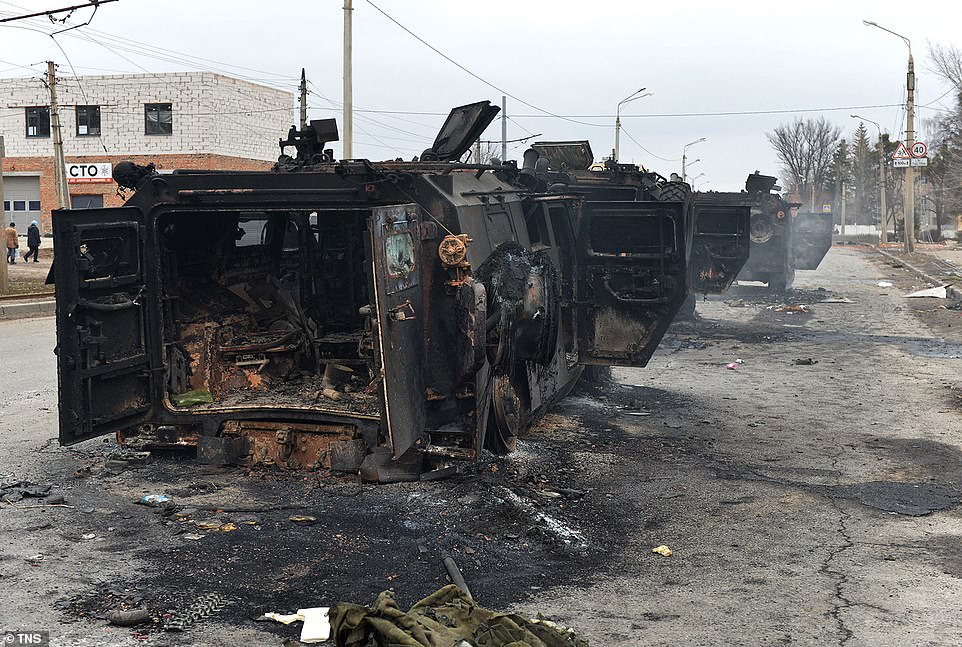 The defensive move killed the onboard Russian crew and Ukrainian cheers could be heard after they downed the attack vehicle.

In the incident pictured above, the Ukrainians are thought to have used a specialist short-range weapon system, the MANPADS, which is ideal for targeting low-flying helicopters.

It is not just advanced equipment that Russian forces are losing. The invading army has lost 42 personnel carriers and 224 troop carriers since entering Ukraine and is now reportedly drafting in civilian vehicles to bolster their transports.

As Russian troops massed on the Ukrainian border in the first months of 2022, President Zelensky asked Ukraine’s citizens to prepare for guerrilla warfare by learning to make and throw Molotov cocktails – makeshift firebombs which are adept at destroying vehicles. 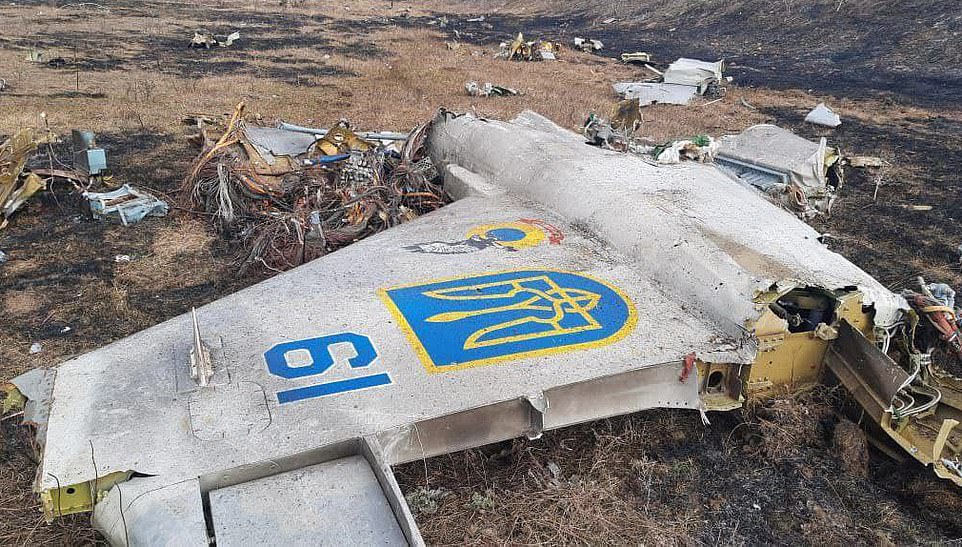 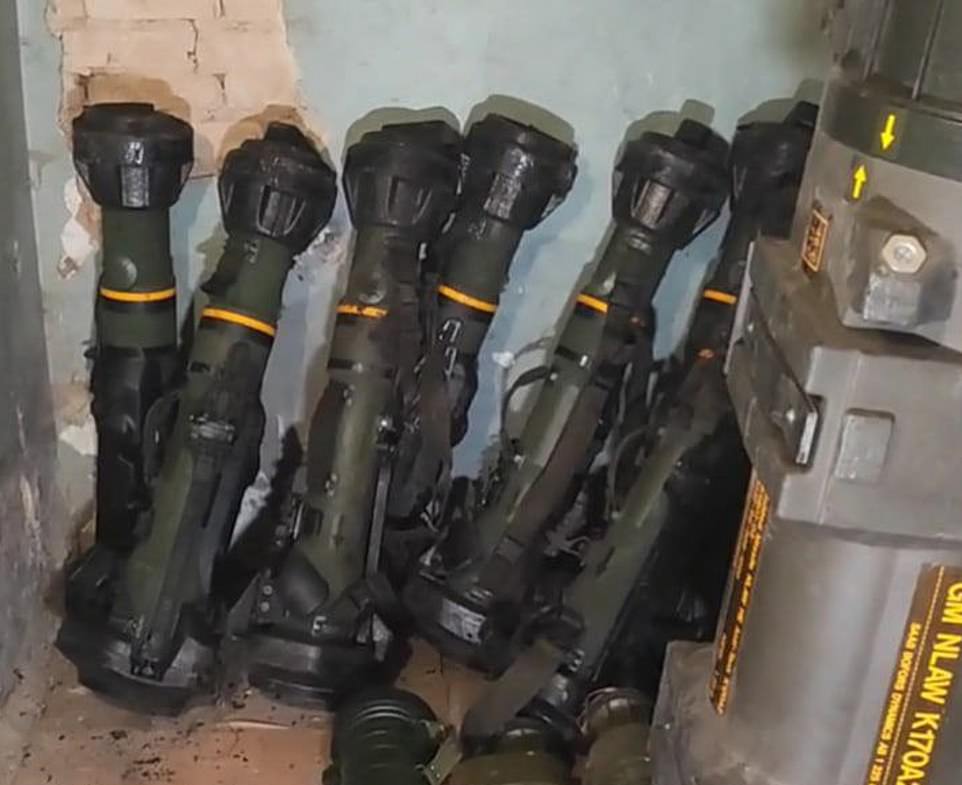 Footage also emerged of a Russian pilot wearing a blue jumpsuit and a bloodstained T-shirt being treated for a head wound after he crashed in a field.

Vladimir Putin came under pressure from his own soldiers to stop the war yesterday.

It comes after footage showed two pilots ejecting from an aircraft – thought to be an Su-30 – after it was shot down over the Ukrainian city of Chernihiv on Saturday.

Ukrainian forces have also seen losses with 41 tanks, 8 aircraft, 60 vehicles and 29 anti-tank missiles being lost from their arsenal.

‘I think we’ve seen a Russian invasion that is not going well. We’re also seeing a resistance by Ukraine, both its armed forces and its people’