A young woman has choked back tears while visiting her beloved family home which is now completely underwater following NSW’s devastating floods.

Brittnee Sheath, who lives with her parents, grandparents and brother, visited what is left of her home in Pitt Town, in Sydney’s northwest, on Wednesday.

‘It just doesn’t feel real at all, we can’t believe what’s happened,’ she told Sunrise’s Matt Doran as they slowly travelled by boat around the flooded property.

‘It’s not going to hit us until we have to walk back inside to see what we’ve lost and all the damage.’

The boat then travelled a few meters further, where the tip of the roof of Ms Sheath’s home could be seen poking through the water. 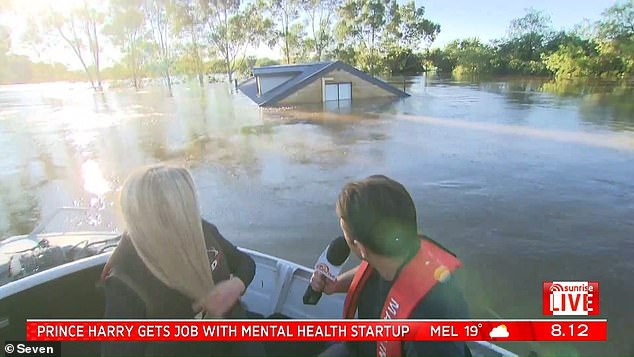 The boat then travelled a few meters further, where the tip of the roof of Ms Sheath’s home could be seen poking through the water

‘It’s hard to see,’ she said through tears.

‘I’m kind of emotionless at the moment and obviously it’s hard to see it like this but like I said it’s not going to hit us until we have to go inside.

‘Having to start all over again is going to be hard but we’ll get there… we are all safe and together and that’s all that matters.’

About 18,000 NSW residents have been evacuated from their homes since last week when the rains began in NSW and the flood clean-up is expected to stretch beyond Easter.

More than 10,000 requests for help have been made around NSW since last Thursday, with emergency services performing more than 900 flood rescues. 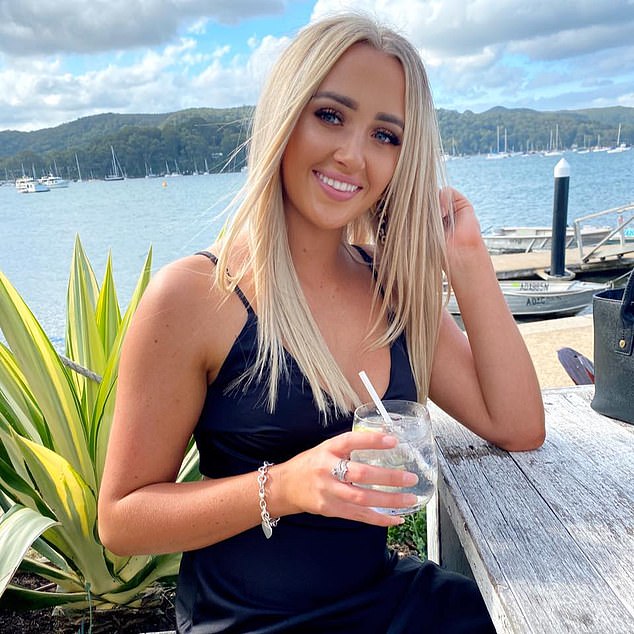 The rains began to ease on Tuesday night but the Bureau of Meteorology says conditions will remain severe for inland NSW.

Ms Sheath then pointed beneath the boat to what was once an outdoor entertaining area, which was completely submerged in water.

Ms Sheath said she knew the water was rising, but hadn’t anticipated how quickly it would engulf her home.

‘We had in our minds we had to prepare to get out, we had a warning from the SES saying that we had 12 hours on Friday night,’ she said.

‘And when it hit at 10pm, three hours later, they said we need to evacuate now.’

Ms Sheath said she was thankful to have friends and relatives in Pitt Town to support her and her family.

‘We’ve got so much help. At the moment we’re staying with close family friends. They’ve been more than happy to open up their whole house to us so we can’t thank them enough,’ she said.

Major flooding is occurring northwest of Sydney along the Hawkesbury River at North Richmond, Windsor and on the Colo River on Wednesday morning.

But some rivers will continue to rise.

Her biggest concern is the developing situation in north-western NSW in Moree, where about 400 people in low lying areas have been told to evacuate as the Mehi River swells.

‘Just because the sun comes out doesn’t mean the rivers aren’t … increasing in height.’

The SES was closely monitoring the situation and bringing in essential supplies to people cut off by water in North Richmond and Singleton.

But the rain is continuing on the South Coast around the Bega River amid heavy winds.