Woman in her 80s dies after being found unconscious in a bathtub as police arrest man, 54, at the scene on suspicion of murder

A 54-year-old man has been arrested on suspicion of murder after an elderly woman died after being found unconscious in a bath.

The suspect was arrested at the scene in Rushden Gardens in Clayhall, Ilford, and it is believed the woman and the man were known to each other.

Police were called to the Ilford address at 10.51am on Friday, April 9 after responding to a fear for welfare call. 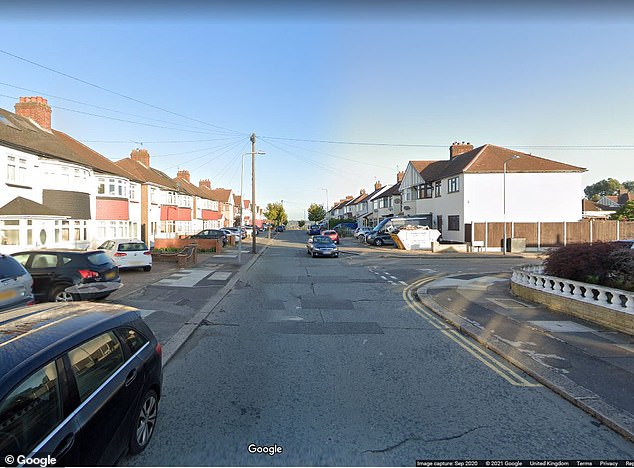 Despite paramedics fighting for nearly an hour to save her life, the woman was pronounced dead at 11.48am. (Pictured, Rushden Gardens, Ilford)

An elderly woman in her 80s was found unconscious and not breathing in the bath.

Despite paramedics fighting for nearly an hour to save her life, she was pronounced dead at 11.48am.

The suspect is currently in custody.

A spokesperson for the Metropolitan Police said: “A crime scene is in place and homicide detectives from specialist crime have been informed.

“A post mortem will be carried out in due course.

“The woman and the man are known to each other.

A spokesperson for the London Ambulance Service said: “We were called at 10.57am today (April 9) to reports of an incident at a residential address in Rushden Gardens.

“We sent an ambulance crew, an incident response officer, an advanced paramedic and two medics in cars.

“Sadly, despite the efforts of medics, a person died at the scene.”