A restaurant-goer filmed the moment she gave into temptation and pushed a ‘big red button’ in a public bathroom – only for it to transform into ‘the coolest toilet in Britain’ with disco lights and groovy music.

Abi Hindle was enjoying a family meal at Perch in the Park, Eastbourne, East Sussex, on Saturday when she left her table for what she thought would be a normal bathroom trip.

However, the 26-year-old was startled to notice a ‘big red button’ by the side of the sink, which cheekily goaded her to push it by asking ‘what’s the worst that can happen?’. 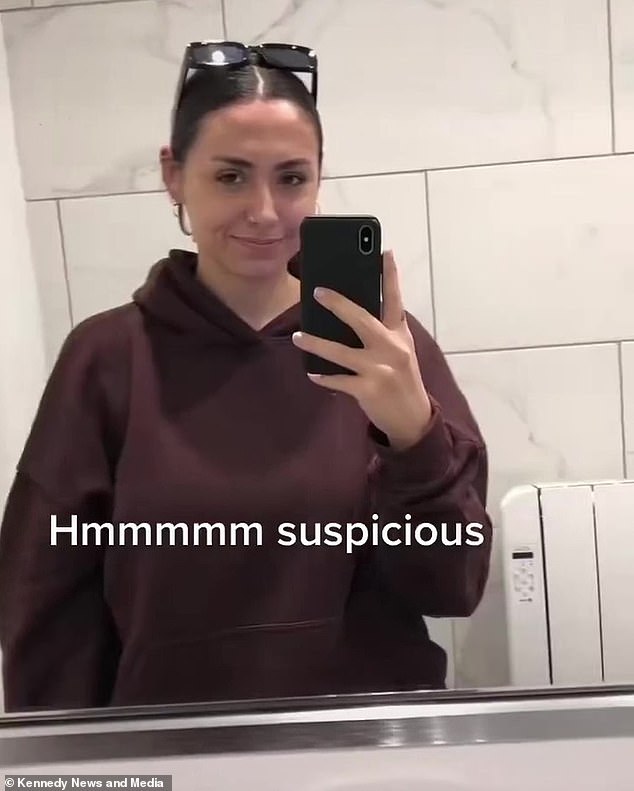 Abi Hindle was enjoying a family meal at Perch in the Park, Eastbourne, East Sussex, on Saturday when she left her table for what she thought would be a normal bathroom trip 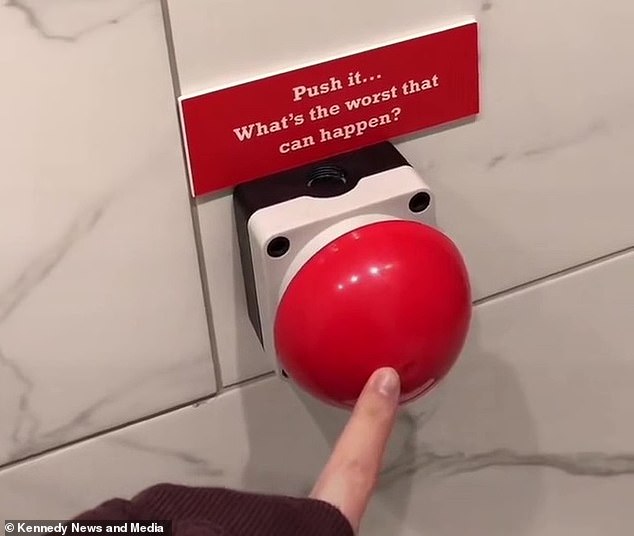 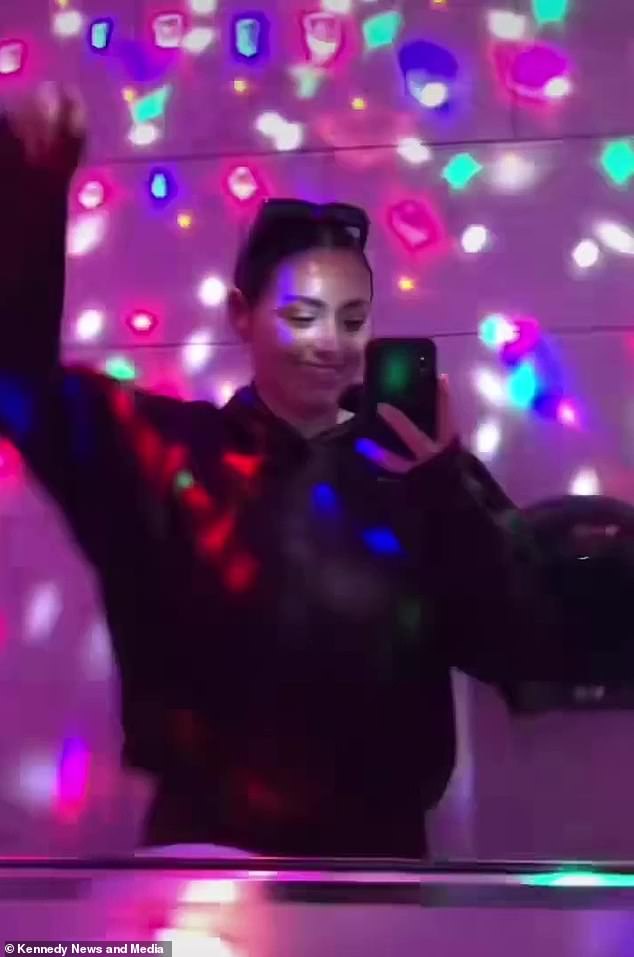 More than 670,000 people have viewed Ms Hindle’s footage on her TikTok page

Viral footage reveals the moment she gave in to temptation, showing the room descend into darkness before disco lights illuminate the cubicle and Bee Gees’ Staying Alive blares loudly.

After a private boogey and another three presses of the button, she left to tell her family then posted the video on TikTok, where it’s racked up more than 2.5million views.

She’s since hailed the cubicle the ‘coolest toilet in Britain’ and believes every bathroom should incorporate a hidden disco feature – even if it did make her jump at first.

Perch in the Park’s managing director Alex Coombes says they paid around £700 to kit out two unisex cubicles with the bespoke mini disco, and he claims the reaction has been worth every penny. 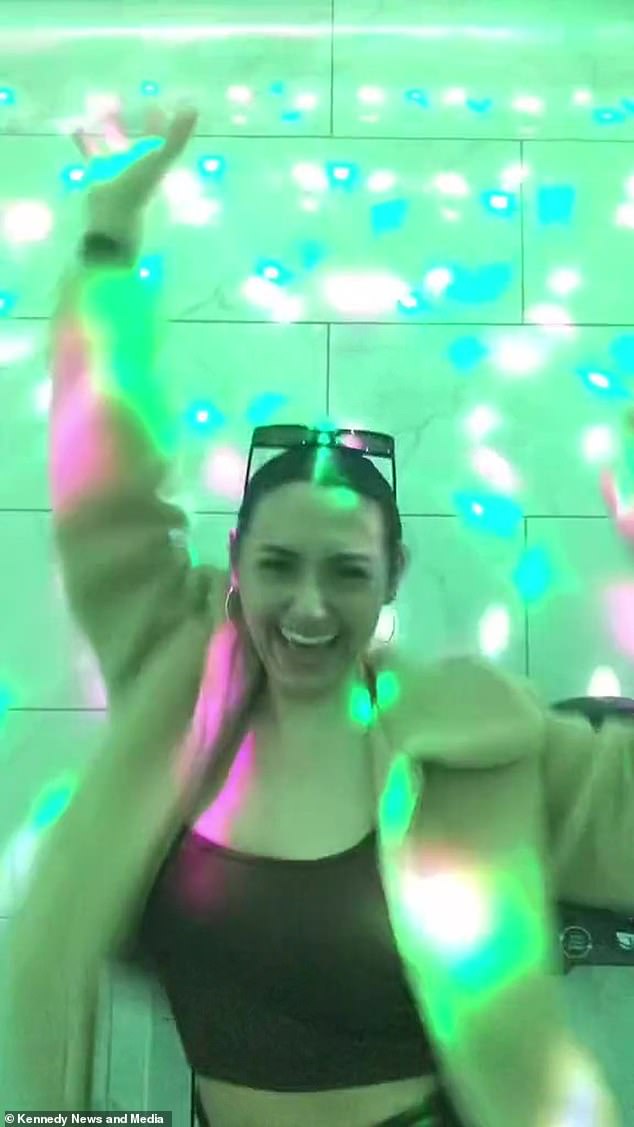 More than 2.5 million people have viewed Ms Hindle’s eventful trip to the bathroom 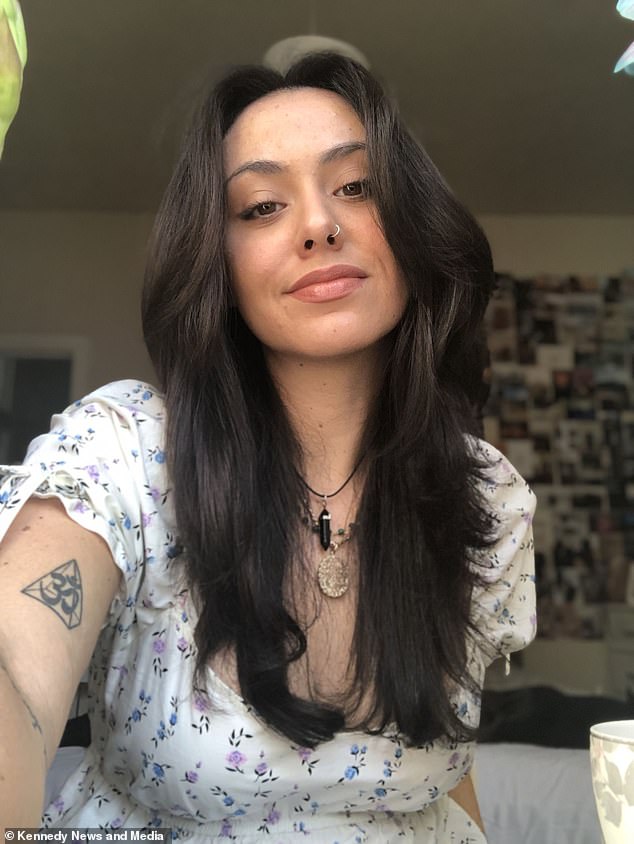 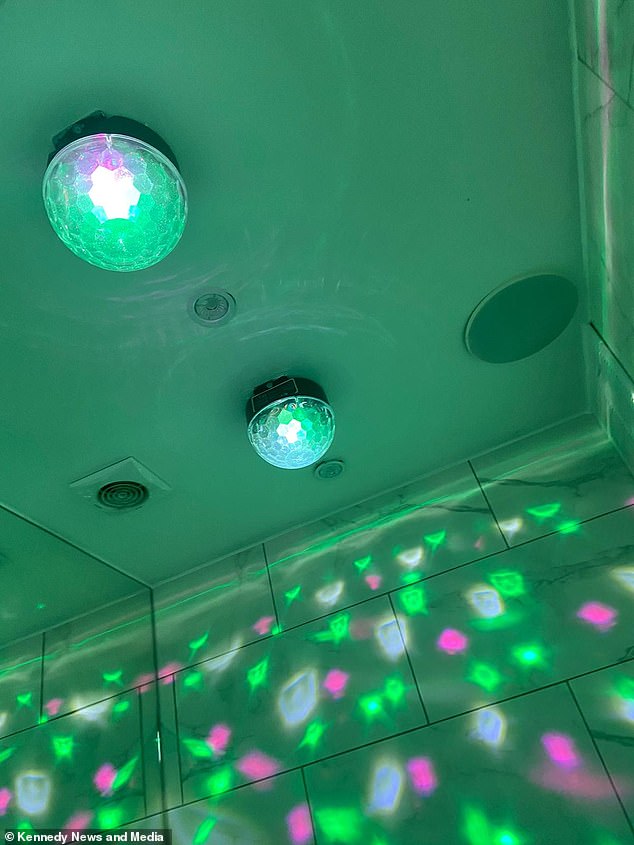 Perch in the Park’s managing director Alex Coombes says they paid around £700 to kit out two unisex cubicles with the bespoke mini disco, and he claims the reaction has been worth every penny

Ms Hindle, from New Haw, Surrey, said: ‘It’s got to be the coolest toilet in Britain – until I decorate my own and put one in mine. I’ve made a playlist for it and everything. I’ve been inspired.

‘I just saw a giant button that questioned ‘what’s the worst that can happen?’, and that’s like a red rag to a bull, so I thought I’d find out. As soon as I saw it I had to press it.

‘I saw a lot of comments on my video worried a siren would go off, but that didn’t even go through my head, so I feel I should have more self-preservation than I do have.

‘It made me jump at first. The music coming on and the lights going out. It only lasted around 15 seconds so I had to press it more times because I wanted it to last longer.

‘I was starving and wanted to get back to my food, but the toilet was quite the pull. When I got back to the table I told my family and showed them, then I posted the video.

‘Their burger was insane, but the toilet was also great. I’d petition that it should be in everyone’s bathroom.

‘On the way out I noticed the lights in the ceiling but I didn’t when I first went in. They were hidden. 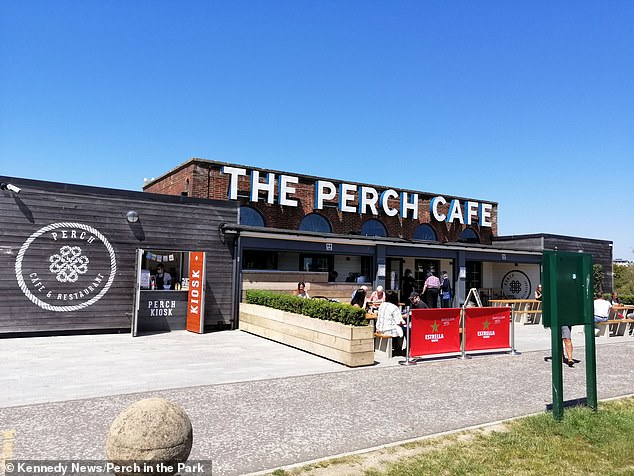 The refurbished toilets have been installed in The Perch in the Park cafe in Eastbourne, East Sussex, pictured

‘With it going viral I’ve kind of ruined the surprise for everyone, but if lots of people go there, good. They should enjoy it too.

‘I’ve been there once before but didn’t go to the toilet. I’ll be a regular now.’

Ms Hindle, who is a freelance writer, said she even returned on Monday to take another TikTok video, and she did enjoy Perch in the Park’s food as much as their toilet.

Mr Coombes said they opted to use Staying Alive as it was the one that stuck out to staff when they were searching through a disco playlist.

Their electrical team fitted the ’emergency button’ and a control panel into the wall and wired it up to an amplifier and two disco lights attached to the roof.

He said: ‘The idea came from seeing an ‘instant party’ button on tv, but we thought we’d add some jeopardy and a surprise outcome to see who could resist it. Hardly anyone can.

‘It was an idea that came about when things weren’t very fun. It gave us a chance to do something different and a bit insensible.

‘People love it, so it’s been a really positive thing. It’s definitely been worth the money.’

Ms Hindle’s TikTok has now been liked and commented on more than 670,000 times, with users loving the quirky feature.