A wild Friday night brawl between teenage girls in the middle of the street brought traffic to a standstill.

Dashcam footage of the fight outside a bus stop at Casuarina Square in Darwin’s north showed the chaos as drivers watched on in shock.

At least three cars stop as the scrum of several girls spills out into the road with one girl at the centre of the mob being dragged across the bitumen.

A male and female police officer try to calm the girls with the group eventually dispersing from the road. 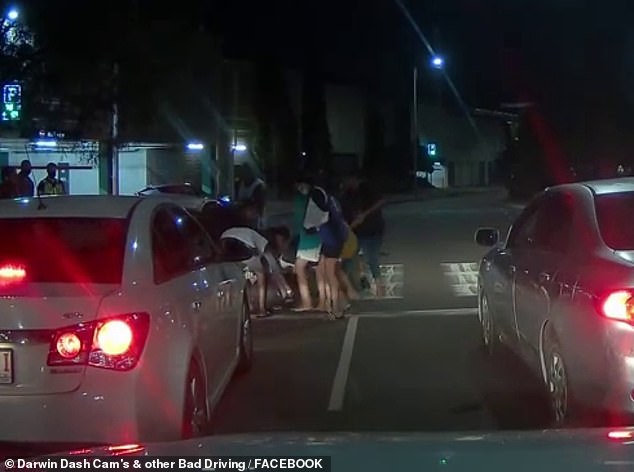 Some commenters on the video said they were appalled at the girls’ behaviour.

While others added that the cars appeared very patient without honking or trying to squeeze through.

‘Noone wants to beep?’ one person said.

‘I would but I’d be worried they would come over and smash your car, they are already aggressive,’ another replied. 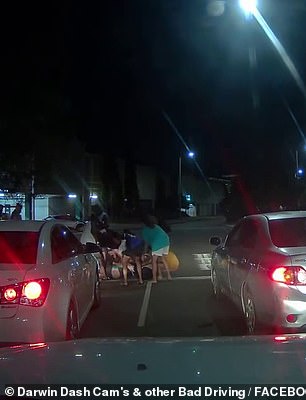 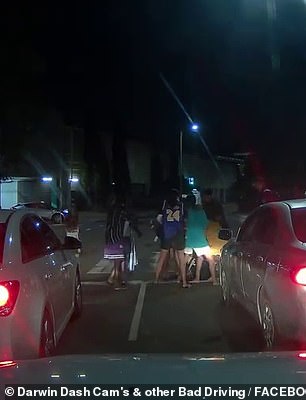 ‘Yeah there’s police on the road, best thing to do is wait,’ added a third.

In 2019, students from Casuarina Senior College were banned from the same shopping centre when an after-school brawl broke out between 150 students who were either fighting or watching.