Scores of pensioners are being bombarded with terrifying letters threatening fines and court action. Many are being chased for money they don’t owe and end up paying twice out of fear.

In one case, a 90-year-old woman was sent menacing mail after moving into a care home following a stroke. 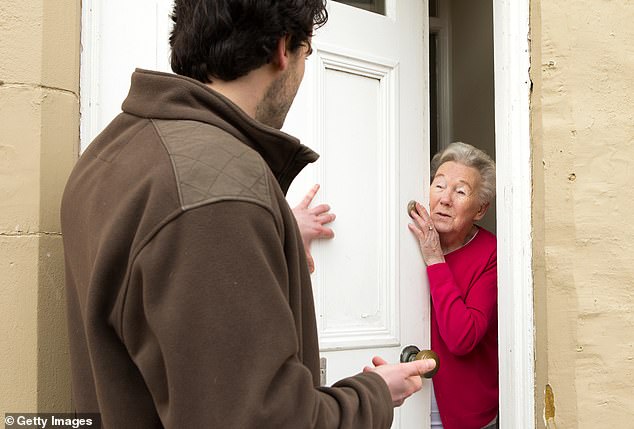 Harassed: Scores of pensioners are being bombarded with letters threatening fines and court action. Many are being chased for money they don’t owe and end up paying twice out of fear

Another elderly dementia sufferer reported enforcement agents twice turning up at her home.

And a bereaved wife in her late 60s said she was threatened with prosecution a week after informing TV Licensing her husband had died.

Others are being forced to battle for months to prove their disability is severe enough to qualify for vital discounts.

Concerned family members are now pleading with the BBC to step in and stop fee collectors hounding their loved ones.

They say it is unacceptable that vulnerable relatives are living in fear of bailiffs turning up at the door.

‘The BBC should be ashamed’

Prior to August last year, all over-75s were entitled to a free TV Licence. But this perk was stripped away for all but lower income households who claim Pension Credit.

Around 700,000 households are yet to take action, with some ignoring reminder letters on purpose because they do not think they should have to pay.

TV Licensing is responsible for collecting the BBC licence fee. It also maintains a database of licensed and unlicensed addresses in the UK so it can identify households watching television without a valid licence.

Most of the administration and enforcement work is contracted out to Capita Business Services Ltd, a technology firm based in London.

Atrocious way to treat us 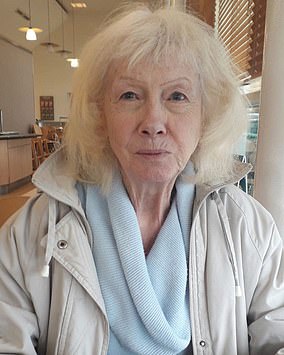 Margaret Freeth, 85, was bombarded with bullying letters from TV Licensing months after she moved into a new bungalow

Margaret Freeth, 85, was bombarded with bullying letters from TV Licensing months after she moved into a new bungalow in March 2019. Her son Chris, 62, contacted the service which said it had no record of her on its system.

He sent in a copy of her passport and her National Insurance number to prove she was entitled to a free licence. But letters demanding payment kept arriving.

By November, Margaret, who lives in Market Drayton, Shropshire, was showing signs of dementia.

So Chris, who runs a construction company, sent a Notice of Removal of Implied Right to Access to prevent a visit from an enforcement officer. This is a declaration to stop unwanted visitors, such as cold-callers. Yet just weeks later an agent turned up at her door.

Chris says: ‘My mum told me someone called round. She was frightened. I had explained her circumstances to TV Licensing and even offered to make an appointment so me or my brother could be there.

‘Either it does not read correspondence or it does not care. The way older people are being treated is atrocious.’

TV Licensing says it did not know she was over 75 and has no record of the Removal of Implied Right to Access.

If you fail to pay the licence fee you risk a maximum £1,000 penalty plus legal costs if you are chased through the courts.

Ministry of Justice figures show 122,603 people were prosecuted for evading the TV Licence fee in 2019.

Figures also show that officers visited 2.3 million homes in 2019/2020 — yet just 174,416 were found to be watching television without a licence. During the same period TV Licensing received 11,100 complaints.

Over-75s have been promised a grace period. TV Licensing says those who have previously held a free licence should not be fined or prosecuted.

It says it has also suspended all house visits from agents during lockdown. Yet despite these assurances, there has been widespread criticism over the heavy-handed tactics being used to force pensioners to pay up.

Money Mail has also previously reported how scores of households have been billed twice and left chasing for months to get a refund.

Earlier this month Lord Botham and 27 other peers wrote to Tim Davie, director-general of the BBC, urging him to treat elderly pensioners fairly.

Lord Botham said the aggressive payment demands sent to the over-75s was causing ‘immense distress among the vulnerable’.

Julian Knight MP, chair of the Digital, Culture, Media and Sport Committee, says: ‘The BBC is a great British institution but needs to start behaving like one.

‘Menacing elderly people who have paid a licence fee all their lives is no way to win hearts and minds. The BBC needs to take a much more considerate approach.’

It scrapped the free licence for the over-75s in the middle of a pandemic, when the reliance of older people on their TV has never been greater.

‘TV Licensing has not stopped sending multiple reminders and threatening letters to the elderly and other households with vulnerable and hard-up families. Action by the Capita bully boys has undermined support both for the licence system and the BBC itself.’

‘Not blind enough’ for a discount 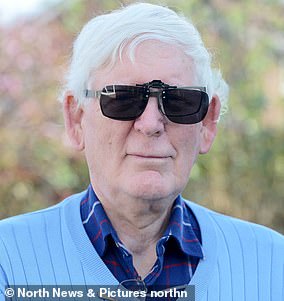 Denied: Graham Oldroyd is blind in one eye and severely visually impaired in the other

Grandfather-of-six Graham Oldroyd, from Tyne-and-Wear, was notified in October that his licence fee was due.

As he is blind in one eye and severely visually impaired in the other, he ticked the box stating he was sight disabled and entitled to a 50 per cent discount.

He included a certificate from his local authority as proof and posted a cheque for £78.75.

But two months later Graham, 79, received a letter saying he did not qualify for the discount as he was not registered blind or severely sight impaired.

He says: ‘I am totally blind in one eye and have had two corneal grafts on the other. I am also registered as visually disabled with my local authority.

Yet the BBC says I am not blind enough. How can the BBC demand full payment from disabled pensioners while paying obscene salaries to so-called celebrities and other staff?’

TV Licensing says Graham’s registration card said he is sight impaired rather than severely impaired or blind. It has now processed the refund.

A fine threat despite paying

Retired GP Tim Cantor was horrified when his recently widowed father Jack, 95, who has dementia, was sent an intimidating letter in January, two months after his licence had been paid.

The letter, addressed to The Occupier, told him he could face a £1,000 fine and prosecution, if he failed to pay.

Tim, 70, who lives in Tunbridge Wells, Kent, says: ‘Luckily my father’s carer intercepted the letter before he did but I am concerned that an elderly, confused man should get a letter like that.

TV Licensing clearly does not know how to speak to older adults and really needs to think through its procedures.’

TV Licensing says its records incorrectly stated Jack’s address had changed so had thought his home was unlicensed. It apologises for the time taken to resolve the matter.

He had contacted TV Licensing when she moved into a care home in April last year after suffering a stroke.

How to get a free licence

If you are 75 or over you can claim a free TV Licence if you receive Pension Credit. This is a benefit paid to those of State Pension age to top up their weekly income to £173.75, or £265.20 for couples.

Those with higher incomes may also be eligible if they meet certain criteria such as being severely disabled or acting as a carer.

Around 1.5 million older people benefit from Pension Credit. But about 900,000 pensioners who may be eligible are yet to make a claim, according to the Department for Work and Pensions.

Apply online (apply-for-pension-credit.service.gov.uk/start) or call 0800 99 1234. Postal applications are accepted but you need to print out a form or call the claim line to request one. Send to: The Pension Service 8, Post Handling Site B, Wolverhampton, WV99 1AN.

But letters have continued to arrive and become increasingly threatening.

In July, one letter warned that her flat in Llangollen, Denbighshire, was unlicensed and an investigation would be authorised if a licence was not paid for.

Another sent in September was headed with bold text on a red banner stating ‘YOUR ATTENTION IS REQUIRED’. It said: ‘As long as this property remains unlicensed, our investigation will continue.

If you fail to get in touch, you risk prosecution and a fine of up to £1,000.’ It also boasted a 99 per cent conviction rate for licence fee evasion cases taken to court.

Two months later an ‘official notice from Chester Enforcement division’ stated a visit from an enforcement officer was imminent. And three more letters have arrived since the start of the year.

Stuart, 74, says: ‘We ignored the letters which were unnecessarily heavy handed. The licence was not even due until August. If she had seen these letters she would have been scared to death.

‘Even if she had been at home she is not mobile, so could not reply by letter, nor can she use the internet. She also finds the phone confusing. This is sheer bullying by corporate thugs.’

TV Licensing admits Jean should not have received these letters as an elderly customer. It says there was confusion over whether her address was occupied and it will contact her to resolve the situation.

Ann Horsley was sent a threatening letter by TV Licensing just one week after her husband Keith died, aged 84, in November last year.

She notified TV Licensing within two days of his death and was told she would receive a new direct debit mandate to set up payment in her name.

Instead, the retired bank clerk, who lives in Derbyshire, was sent a threatening letter giving her three weeks to buy a new licence or her address would be passed to the Enforcement Division, after which she could be fined or prosecuted.

Ann, 69, says: ‘I was disgusted and shocked at how I was treated at such a vulnerable time.

‘There was no sympathy and it was very distressing to get a letter like that at such a painful time. I have still not received an apology.’

TV Licensing says Ann was mistakenly sent a reminder due to an administration error and apologises for the concern caused.

A TV Licensing spokesman says: ‘We have implemented these changes with the greatest care and have worked to make the process as fair and straightforward as possible.

‘We have processed more than 3.5 million applications and the vast majority have been dealt with without an issue. Where customer experience has fallen short of the standards we expect, we apologise to those customers.’