Drivers thinking of heading out in dangerous floodwaters have been given a very blunt message as New South Wales is battered by a once-in-a-century storm.

A sign has been set up in the Northern Rivers, on the state’s north coast, targeting those on the roads with the title simply reading: ‘Flood warning for d***heads’.

The homemade sign explained that due the ongoing floods in the area, roads had been closed.

‘This means you can’t get through and doesn’t matter if you think you can or that you think warning signs don’t apply to you,’ the said.

‘You are driving a car NOT A BOAT.’ 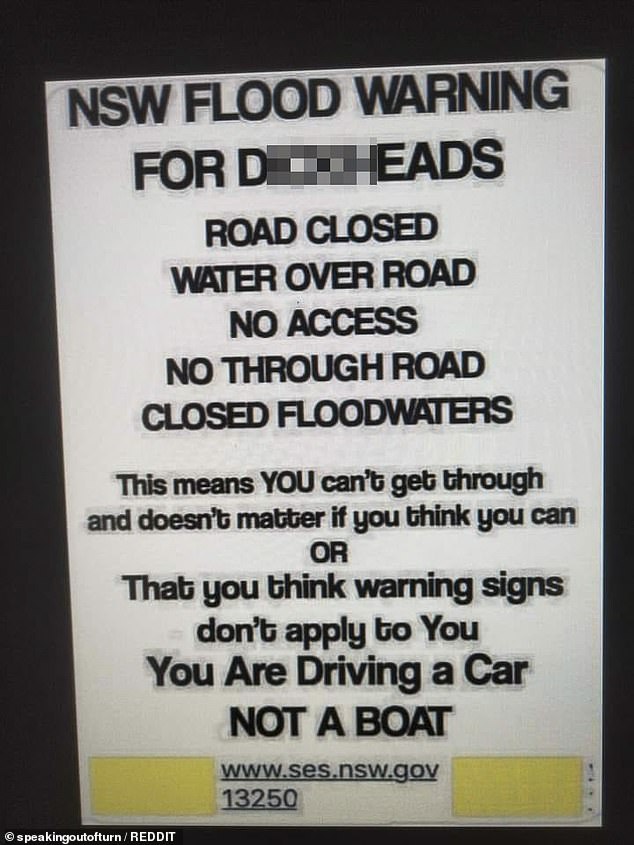 A sign has been set up in the Northern Rivers, on the state’s north coast, targeting those on the roads with the title simply reading: ‘Flood warning for d***heads’

The message came after SES crews were forced to carry out 150 flood rescues overnight with around 1,500 residents calling for help.

Many cars became stranded in floodwaters as state authorities begged drivers to stay off the roads.

One driver was told off after he was seen driving his Nissan Pulsar through metre-high floodwaters in Sydney’s west.

His car managed to make it to the other side of the flooded road but many aren’t so lucky and he was given a stern reminder by an SES worker of the dangers.

‘While the vast majority of our community were cautious and heeded our warnings to never walk, ride, or drive through floodwater, unfortunately there were still occurrences of poor judgement on display,’ NSW SES Parramatta Unit said.

‘Our flood rescue volunteers are there to help in emergencies, don’t risk their lives with risky driving.’

Severe weather warnings and flood watches have been issued for the Northern Rivers, mid-north Coast, the Hunter, parts of Sydney, the South Coast, central west and the north west.

Thousands in Sydney’s west were forced out of their homes overnight and eight flood evacuation orders have been issued for the mid-north coast. 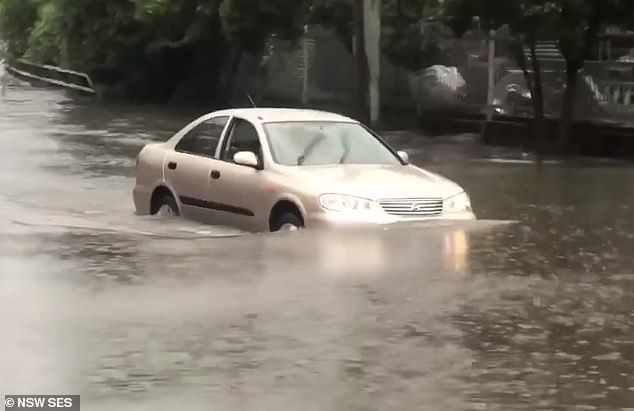 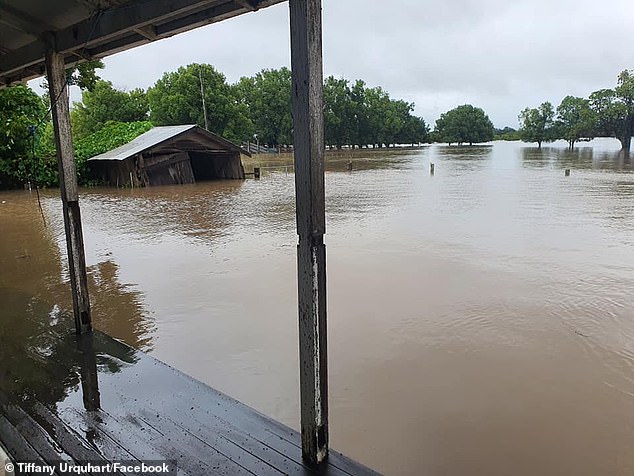 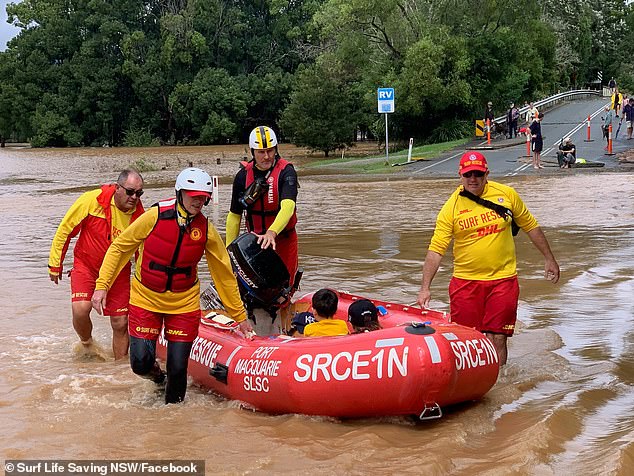 SES crews were forced to carry out 150 flood rescues and had 1,500 calls for help overnight

The Hawkesbury is predicted to reach peaks of up to 15 metres and the SES says homes and properties will be flooded, some up to roof height.

So far 211 schools across the state have been closed and bus and train services have been cancelled due to the fast evolving situation.

There are also currently 15 road closures in place across Sydney as rising water levels create dangerous conditions for motorists. 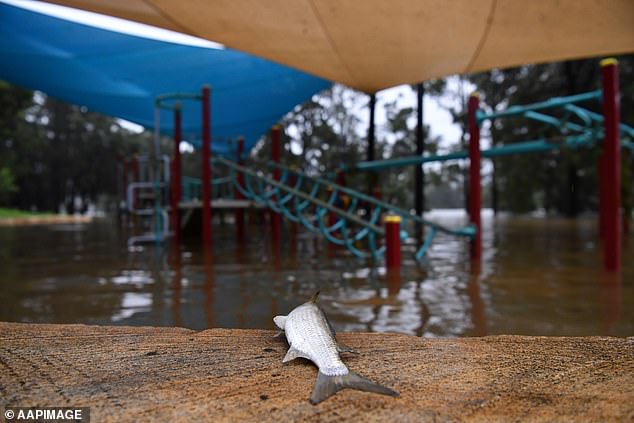 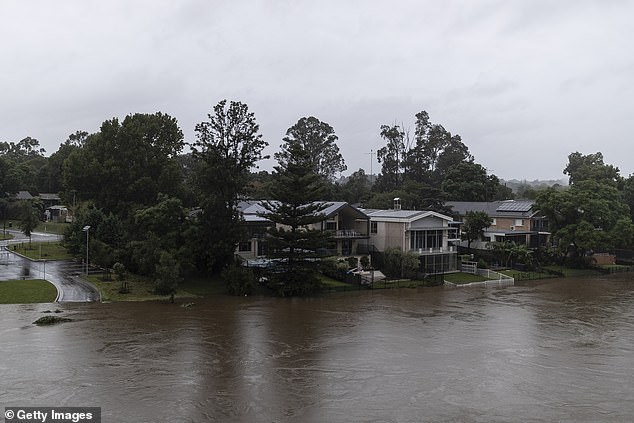 Residents in Kempsey were told by the State Emergency Service to evacuate by midnight on Sunday with major flooding possible along the Macleay River at Kempsey and Smithtown Monday morning.

There are 20 evacuation orders in place running from the mid-north Coast down to the Illawarra, including Sydney and western Sydney, with more expected to be declared on Monday.