By Francesca Washtell Chief Business Correspondent For The Daily Mail


Motorists could face even higher petrol prices after the US pushed for a total ban on Russian oil imports last night, experts have warned.

Washington is in ‘active talks’ with European allies about targeting Russia’s energy industry in the next round of sanctions, US Secretary of State Antony Blinken announced.

An oil import ban would be highly damaging to the Kremlin’s finances.

But it would almost certainly also send oil and gas prices spiralling across the West, pushing up energy bills at a time when millions of British households are already struggling with a cost-of-living crisis.

Experts said it could be a ‘disaster’ for the most disadvantaged families. 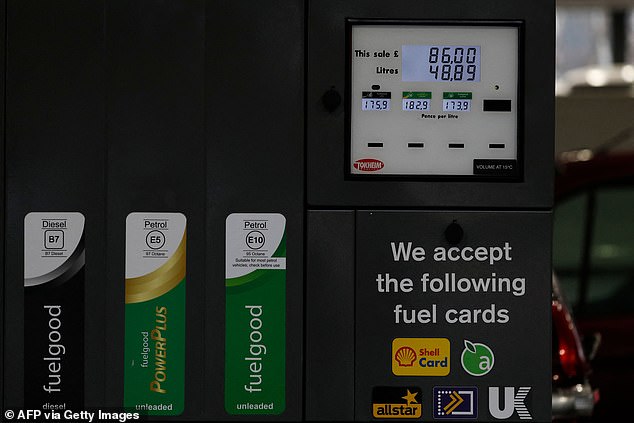 The fuel prices at a petrol station off the M3 motorway near Fleet. Experts say further sanctions banning the import of oil from Russia could force prices up even more 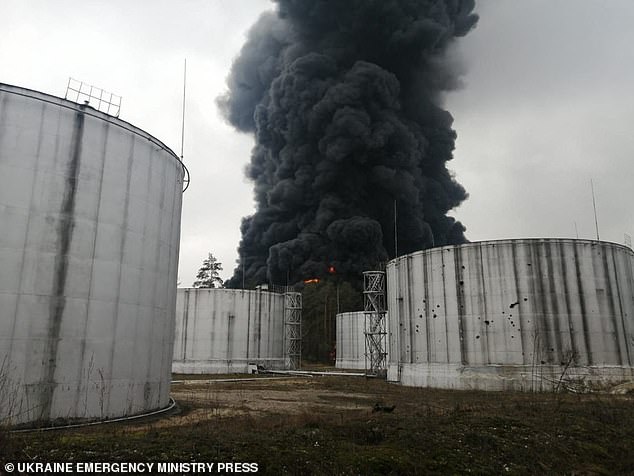 Smoke rises from an oil depot in Chernihiv in Ukraine after it was hit by shelling. Countries around the world are working on further sanctions following the Russian invasion

Oil prices surged by more than a fifth last week after Russia invaded Ukraine, finishing at $118 a barrel at close of trading on Friday and fuel prices hit record highs last week with petrol reaching 153.5p per litre, while diesel hit 157.47p.

The RAC said petrol could hit 157p a litre if oil rose another 6 per cent to $125 a barrel. Some traders think it could even reach $200 a barrel.

David Morrison, senior market analyst at Trade Nation, said: ‘I think we’re going to see a very sharp bump in oil prices, even without the European approval that the US says it will seek before taking action. That means more pain for all consumers.

‘For some this will be a price worth paying to support Ukraine – but it’s a disaster for those already struggling.’

Last night Government sources said it was too early to say whether Britain would support a total ban on Russian oil.

They pointed out that it makes up only a very small proportion of UK imports – it is estimated to be only around two per cent, with the UK getting most of its crude from Norway and the US.

The UK has so far targeted major Russian banks and individuals with sanctions while avoiding the energy sector. But there have been indications for several days that the Government is rethinking its position.

On Friday, Foreign Secretary Liz Truss indicated at a Nato meeting that Britain will look to target Russia’s energy industry in future rounds of sanctions.

Analysts warned Europe was far more vulnerable to the negative effects of an oil import ban than the US.