By Joe Davies For Mailonline 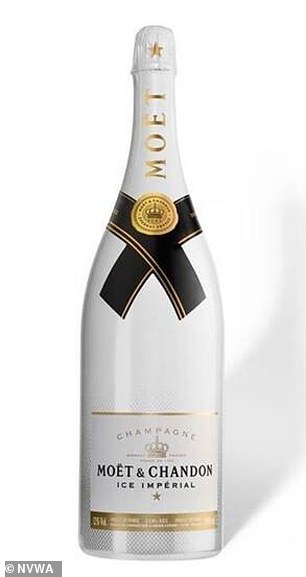 Champagne drinkers in the Netherlands have been warned to check their bottles after a man died after gulping down ecstasy-spiked Moet & Chandon.

It came after eight were hospitalised in Germany after receiving a three-litre bottle at a restaurant on February 13, with a 52-year-old dying from the spiked booze.

The bottles were bought from the same website but authorities do not know why they were spiked or if more are in circulation.

The Dutch Food and Consumer Product Safety Authority said: ‘Recently, both in Germany and the Netherlands, a bottle of [three-litre Moët & Chandon Ice Imperial] was found to be filled with the hard drug MDMA (also known as ecstasy).

‘Touching and/or drinking the contents of the bottles is life-threatening. This has led to seven very serious illnesses and one death in Germany.

‘According to the producer, there were four  cases of illness in the Netherlands. In both cases, the affected bottles were purchased through a hitherto unknown website.’

It is not known how or why the drug ended up in these bottles, the authority said. 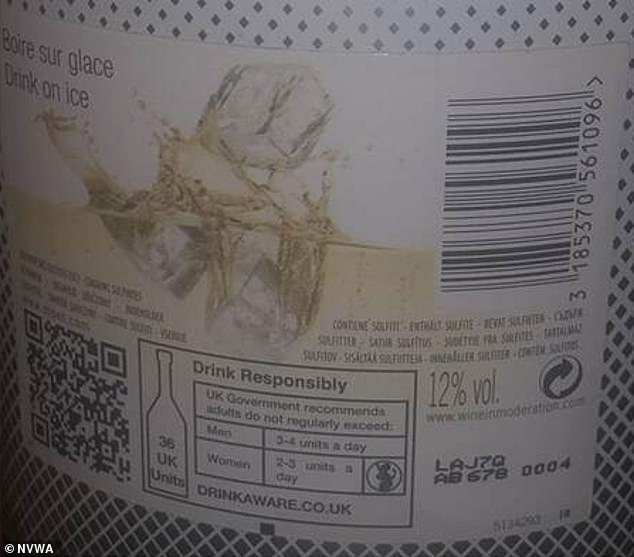 Picture: The label of the tampered bottle found in the Netherland, where four people became ill because of the ecstasy

It continued: ‘The NVWA is therefore unable to estimate whether there are any more of these bottles containing the hazardous substance in circulation.

‘It cannot be ruled out that there are other bottles of the same brand in circulation that also contain MDMA.’

Dutch people buying bottles with the code LAJ7QAB6780004 on the bottom of the label were told to be careful.

MDMA has a reddish-brown colour in the liquid and solidifies over time. It also produces an anise scent that differs to Champagne.

The bottles that led to the man dying in Weiden, Bavaria, also hospitalised seven other people aged 33 to 52.

German police are continuing to investigate how the substance got in the bottle, suspecting a case of negligent homicide. 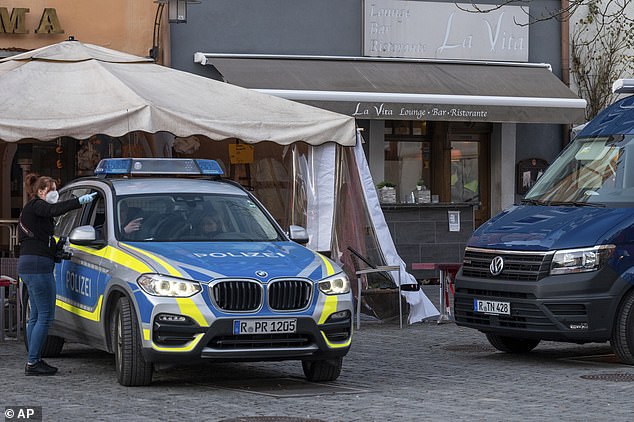 A man, named locally as Harald Georg Z, had met with eight friends at the La Vita restaurant in Weiden, Germany (pictured) when the group ordered a £430 bottle of Champagne 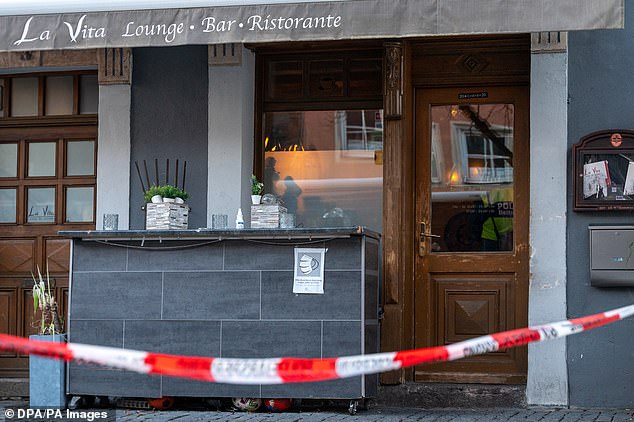 The victim who died, named locally as Harald Georg Z, had met with eight friends at the La Vita restaurant in Weiden, Germany when the group ordered a bottle of Champagne.

One of those present had appeared as a contestant on the TV dating show Take Me Out and the group had decided to celebrate.

However, shortly after the bottle was ‘opened at the table’, all the guests were experiencing extreme symptoms of poisoning by having ‘seizures and foaming at the mouth’.

Project manager Georg Z. took ‘a large sip of the champagne’ and ‘collapsed whilst foaming at the mouth’, according to witness statements seen by German news website Bild.

‘There were things in it that normally are not in Champagne.’ senior prosecutor Gerd Schaefer said. ‘It had a toxic, a poisonous effect.’

Police reports have suggested that the three-litre bottle of Champagne contained 1,000 times the ‘normal’ dose of ecstasy and was believed to be drugged with a lethal amount of MDMA.