Virginia took a historic step on Wednesday by becoming the first state in the South to eliminate the death penalty.

Gov. Ralph Northam signed the legislation a month after the Virginia General Assembly voted to strike down capital punishment in the state.

Virginia became the 23rd state in the country to get rid of the death penalty. Additionally, there are three states – Oregon, California, and Pennsylvania – where a governor-issued moratorium on executions is in effect.

The law is not scheduled to take effect until July 1, but no executions are set to take place in the interim.

According to the Associated Press, the sentences of two men left on death row, Anthony Juniper and Thomas Porter, will now become life sentences without parole.

Juniper was convicted of killing his ex-girlfriend, her brother, and two of her children. Porter was sentenced for killing a Norfolk police officer. 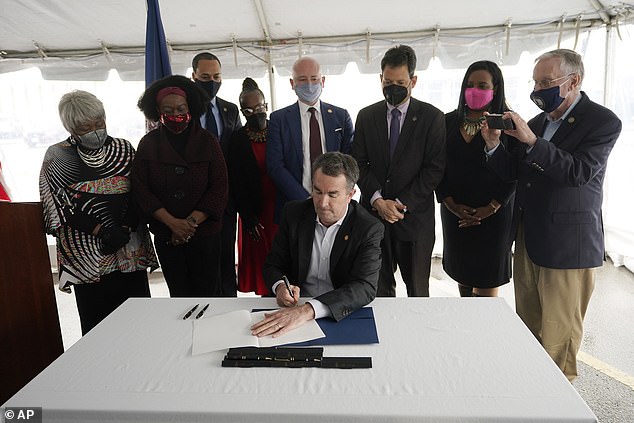 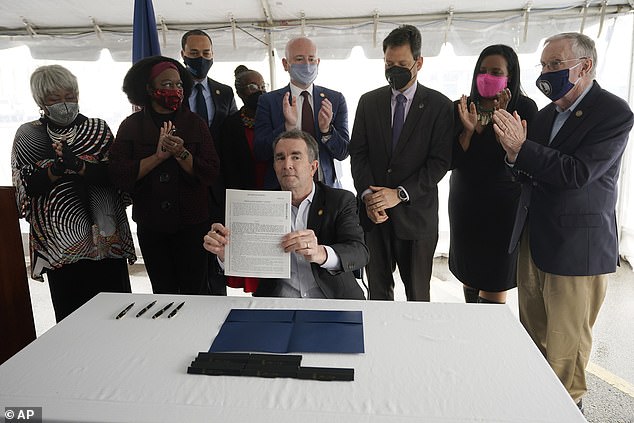 In doing so, Virginia became the first state in the South to abolish the death penalty

‘Justice and punishment are not always the same thing, that is too clearly evident in 400 years of the death penalty in Virginia,’ Northam said during the bill signing, according to NBC News.

Maryland, which is sometimes considered to be a Southern state, though it’s not considered part of the ‘Old South’ of Confederate states, abolished the death penalty back in 2013.

In Virginia, 1,390 people have been put to death via capital punishment since 1608. That includes 113 people who have been executed since 1976, the year the U.S. Supreme Court reinstated the death penalty four years after striking it down.

The last person to be executed in Virginia was William Morva, who died by lethal injection on July 6, 2017.

Morva was convicted on two counts of capital murder in the shooting deaths of Sheriff’s Deputy Corporal Eric Sutphin and a hospital security guard, Derrick McFarland, in Blacksburg in August 2006.

‘I can say the death penalty is fundamentally flawed,’ Northam said. ‘We know the system doesn’t always get it right.’ 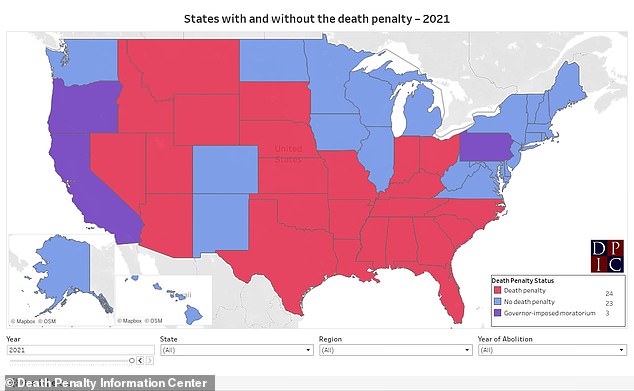 There are now 23 states that have banned the death penalty, as well as three with governor-imposed moratoriums: Pennsylvania, Oregon, and California

Northam signed the bill after touring Greensville Correctional Center, where 102 executions in the state have taken place.

‘I know that experience will stay with me for the rest of my life, and it reinforced [to] me that signing this new law is the right thing to do,’ Northam said.

The governor stated that at least 170 people around the United States since 1973 were released from death row after being discovered innocent, highlighting the definitive nature of executions. 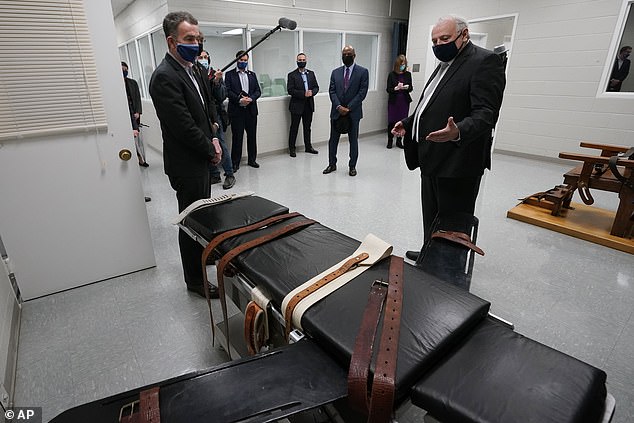 Gov. Northam signed the bill after touring the Greensville Correctional Center, which is where executions have been taking place in the state in recent decades 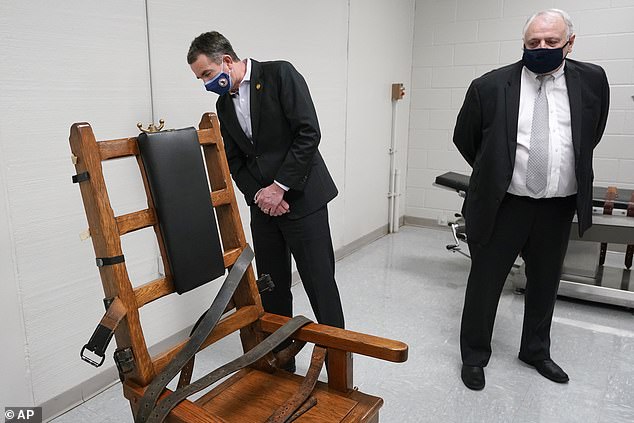 In Virginia, 1,390 people have been put to death via capital punishment since 1608

He also made note of the disproportionate inequities involved in the utilization of capital punishment.

‘When one looks at the history, close to 1,400 individuals have been executed. The great majority of those individuals were African American. And so that number was disproportionate.’

Prior to Virginia, the most recent state to abolish the death penalty was Colorado, which did so in 2020. 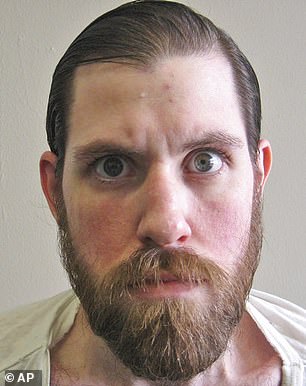 Pictured: William Morva, the last person to die via capital punishment in Virginia

‘Now that it is coming to an end, we can start a new chapter that embraces an evidence-based approach to public safety: One that values the dignity of all human beings and is focused on transforming the justice system into one rooted in fairness, accountability, and redemption,’ said Virginia Interfaith Center for Public Policy’s LaKeisha Cook.

Agreement with the abolishment of the death penalty wasn’t unanimous across the state.

There were no federal executions in the United States, where capital punishment remains on the books, from April 2003 to June 2020.

In the last seven months of Donald Trump’s presidency, however, 13 people were put to death at the federal level.

Earlier this month, the Wyoming state senate shot down a bill that would’ve repealed the death penalty in the state.

Still, there are other states where legislation to repeal the death penalty has been introduced, including Alabama, Georgia, and South Carolina.