A swimming pool came crashing down on a garage at a beachfront condominium in southeastern Brazil last week.

The shocking incident Thursday at the waterfront building located in Vila Velha, Espírito Santo, was captured on a security camera.

The 75-foot long pool suddenly collapsed, sending the water into a garage below.

No injuries were reported. The accident did not damage vehicles in the indoor parking lot. 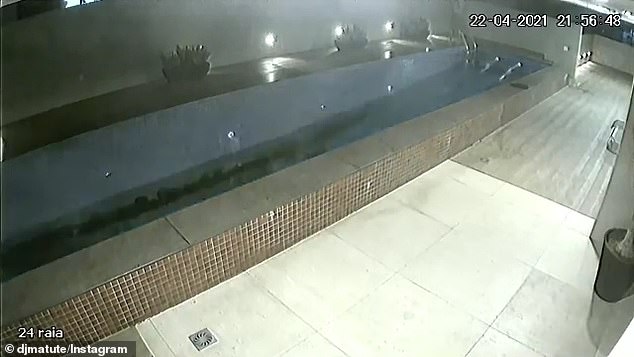 Still image of a security camera shows the moment a 75-foot long swimming pool at a condominium collapsed last Thursday in Espírito Santo, Brazil. Fortunately, no injuries were reported. The 270 tenants were evacuated from the 90-unit building and were allowed to return Tuesday

Some tenants of the building, which is across the street from Itaparica Beach, reported a strong gas odor coming from the heated swimming pool.

According to newspaper Folha Vitoria, the pool was closed for at least three months in 2020 due to a leak. 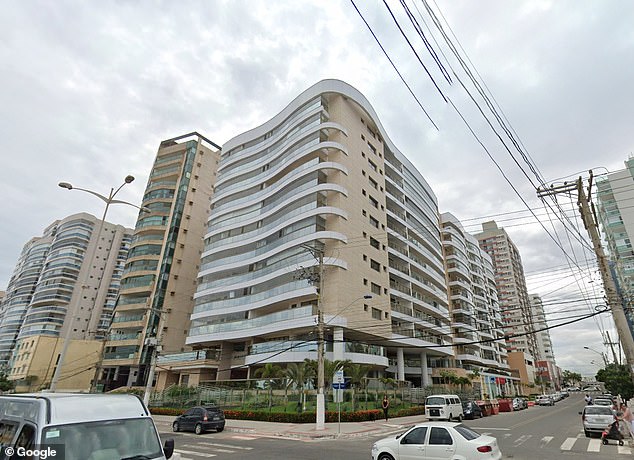 ‘We heard a very loud noise. Immediately we tried to find out what happened,’ Ubiracy Fonseca said. ‘We went to the balcony and saw that a lot of the water came out of the building and went down quickly. We got some things.’

Argo, the company that built the 90-unit building, put up displaced tenants at area hotels for no cost.

Espírito Santo officials and Vila Velha cleared residents to return to their apartments Tuesday after engineers inspected the complex and found no structural damage.