Victoria will finally have a single QR code check-in as the state further eases business and venue Covid-19 restrictions.

From May 28, anyone required to keep electronic attendance records must use the state government’s QR code through the Service Victoria app.

Also on May 28, density requirements of one person per two square metres will be lifted for small-to-medium sized spaces.

Venues such as dining or band rooms and places of worship can have up to 200 people without any density limit, provided Covid-19 marshals are on site. 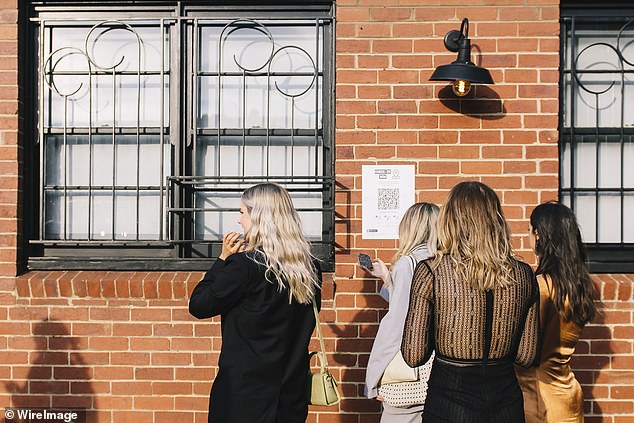 But density limits will remain for spaces above 400 square metres.

The state government remains worried about low check-in rates and it has called on any Victorian with a smart phone to download the Service Victoria app.

Victoria is well behind other states such as NSW and SA and the ACT, who already use a single QR code.

The state government quoted a survey that showed only 41 per cent of people at hospitality venues check in every time.

Nearly a quarter of venues were warned or serviced notices in a crack down between April 30 and May 2 because of poor record keeping. 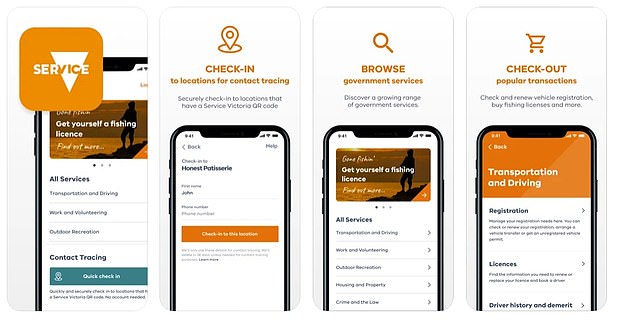 From May 28, anyone required to keep electronic attendance records must use the state government’s QR code through the Service Victoria app

Government Services and Creative Industries Minister Danny Pearson said the easing of restrictions needs to come with greater use of QR codes.

‘This is great news for many live music venues, restaurants and nightclubs who can open the doors to up to 200 people per space,’ he said.

‘But getting every Victorian to check in using the QR code service is the goal.’

Victoria had no new hotel quarantine cases on Friday and the streak of no local infections has reached 70 days.

A record 9,158 vaccinations were injected.