A Ukrainian peace negotiator has been shot dead ahead of the latest round of talks to end the war amid claims he was a Russian spy.

Ukraine’s Ministry of Defence said Denis Kireev, 45, was a spy and former banker who was killed during an operation to ‘defend the nation’.

After his death, the government hailed him as a ‘hero’ but MPs claimed he was shot and killed by Ukraine’s security service after resisting arrest on suspicion of ‘treason’.

Mr Kireev was pictured sat on the Ukrainian side of the negotiating table during last week’s peace talks with Russia on February 28, despite not being on the official delegation list, and his role at the summit is unclear.

Both Russia and Ukraine have made claims about his alleged spying activities, each blaming him of working for the other side. 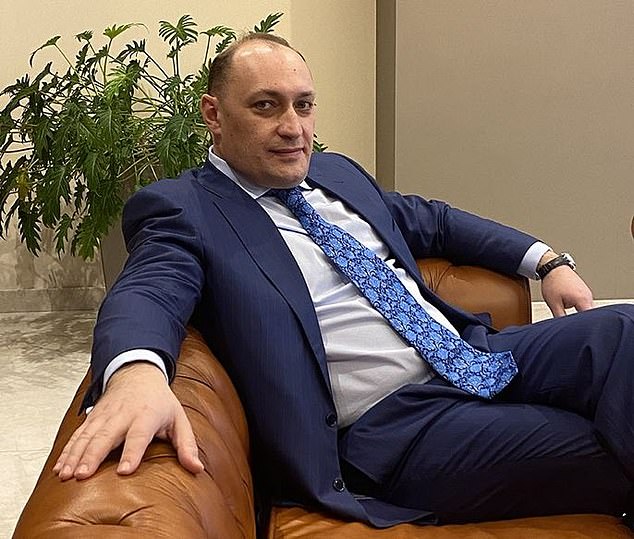 Denis Kireev, 45, was shot and killed yesterday after he was reportedly suspected of spying on behalf of the Russians 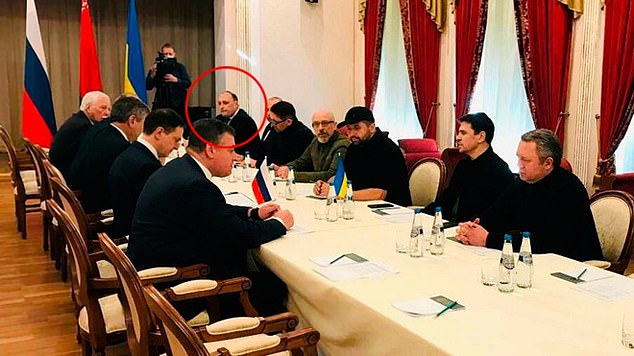 Last month, he was pictured sat on the Ukrainian side of the negotiating table during a summit with Russia on February 28

An official statement from Ukraine’s Ministry of Defence said: ‘During the execution of special tasks, three spies were killed – employees of the Main Intelligence Directorate of the Ministry of Internal Affairs.

‘They perished defending Ukraine, and their rank brought us closer to victory!

‘We express our sincere condolences to the families of the victims.

‘Heroes do not die! They live as long as we remember them!

‘Glory to Ukraine! Glory to heroes!’

Photographs were posted online yesterday allegedly showing Mr Kireev dead before rumours that he was spying for Russia began circulating.

Russia claimed he was killed by the Security Service of Ukraine (SBU), while senior Ukrainian politicians claimed he died while in SBU detention.

Meanwhile, Prime Minister Boris Johnson has drawn up a six-point plan to defeat Vladimir Putin as he moves to assume leadership of global efforts to end the horror in Ukraine.

Vladimir Putin has faced an unprecedented wave of international fury for offering safe passage to Ukrainian refugees – only to bombard them with artillery as they fled.

Some 200,000 civilians had been set to leave the port city of Mariupol and 15,000 from Volnovakha in eastern Ukraine at 7am yesterday (UK time) as part of a temporary ceasefire deal overseen by the Red Cross.

However, just 400 refugees managed to flee Volnovakha before the ceasefire was shattered. 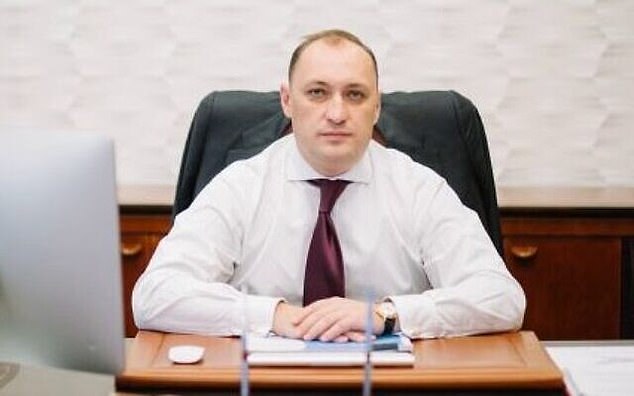 After Mr Kireev’s death, the government hailed him as a ‘hero’ but MPs claimed he was shot and killed by Ukraine’s security service after resisting arrest on suspicion of ‘treason’

The Prime Minister led the condemnation of Russia and said the world must unite under his plan to thwart the aggression.

In his action plan, Mr Johnson called for: the creation of an international humanitarian coalition for Ukraine; a boost to Kyiv’s military self-defence; a ratcheting up of sanctions on Moscow; concerted diplomatic efforts to de-escalate the crisis; and ‘a rapid campaign to strengthen security and resilience across the Euro-Atlantic area’.

In addition, Mr Johnson wants to combat ‘the creeping normalisation of what Russia is doing in Ukraine’ as he fears that the shock value of Putin’s actions will start to fade.

It comes as dramatic footage emerged yesterday of the final moments of Russian attack helicopter shot down by Ukrainian soldiers over a rural village around 25 miles outside Kyiv.

The Mi-24 was struck by a rocket before plummeting to the earth, hitting the ground nose-first, with all its pilots and navigators feared killed.

Their deaths came on a day when Russian aerial forces lost as many as eight aircraft, as well as multi-role, strike and close air support aircraft and a drone.

And in another remarkable development yesterday, Putin came under pressure from his own soldiers to stop the war.