Great British boltholes: Inside the newly renovated townhouse hotel in York that delights with a warm welcome and a sprinkling of Paris chic

By Alan Copps For The Mail On Sunday


If you want to know why lightning struck York Minster in 1984, whether Diagon Alley in the Harry Potter films is really The Shambles or see the place where the highwayman Dick Turpin’s body was put on view, for a fee, after his hanging, it pays to take a walking tour of York.

For this is a city made for walking. Bounded by ancient walls (and some not so ancient, a guide explains), largely pedestrianised and mainly flat, it boasts history and attractions that encompass the Romans, Vikings and Normans.

Its narrow streets can be noisy at times, so for peaceful nights and a parking space if needed, it’s a good idea to stay just outside. 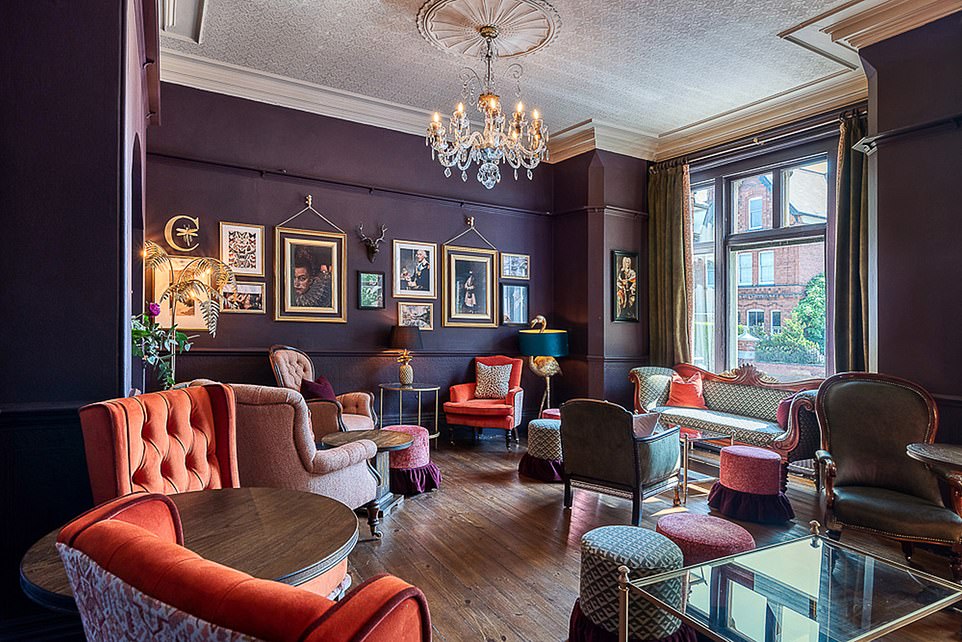 Inviting: The Mail on Sunday’s Alan Copps stayed at Clementine’s in York, which stands in a street of imposing Victorian houses. Pictured is the cosy lounge area 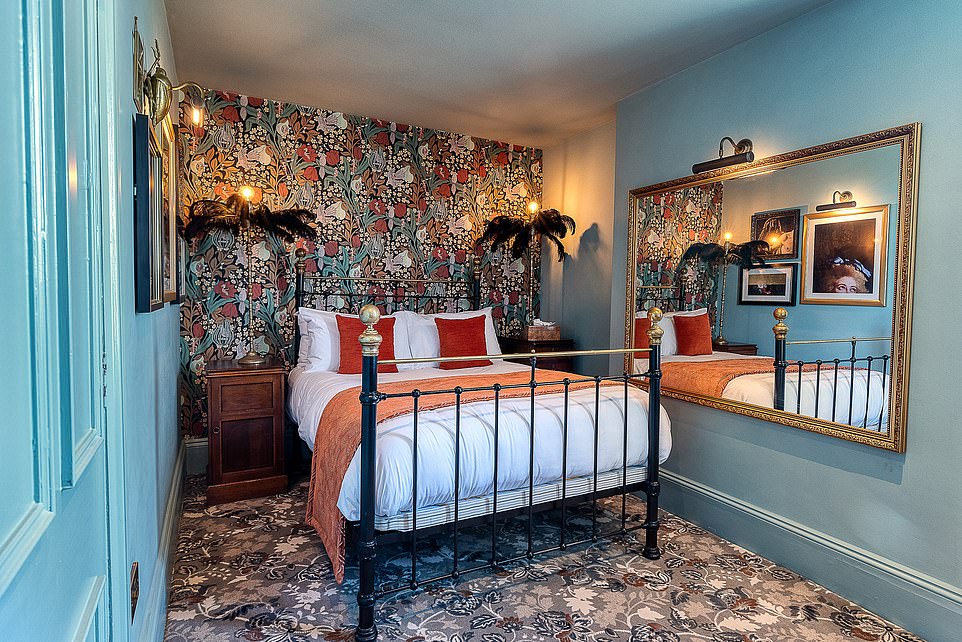 Deluxe: The hotel has 27 rooms to ‘suit all tastes and pockets’, says Alan. Pictured is one of the double bedrooms

Clementine’s, a newly renovated townhouse hotel, stands in a street of imposing Victorian houses just a ten-minute walk from Bootham Bar, the closest gate in the city’s walls to the Minster.

The hotel was immediately notable for the warm welcome from its enthusiastic and helpful staff, and has 27 rooms to suit all tastes and pockets: luxury double rooms, cosy four-posters and a couple of grand suites – there’s also a lodge in the garden which has been decorated in the style of a ski chalet.

The decor in Clementine’s is a mix of Yorkshire Victorian and turn-of-the-century Parisian – warm velvet, impressively solid furniture and lots of witty artwork. Plus there is a well-stocked bar which gives an impression of opulence that might be expected in a stately home, although there’s no restaurant.

The deluxe double room was dominated by a comfortable four-poster bed. A massive wardrobe afforded plenty of storage space and rich hangings kept the whole place warm in a Yorkshire winter.

The decor in the bar, breakfast room and lounge continues the theme – the armchairs and sofas are deeply plush, the wall hangings are exotic, there’s a scattering of tropical plants and a standard lamp in the form of a peacock. A rather elegant resident cat adds to the homely effect.

The excellent breakfast on offer, from a full English with tasty local sausages and bacon, through delicious eggs benedict to smashed avocado with roasted tomato on toast, can be delivered to your room or taken in the breakfast room. 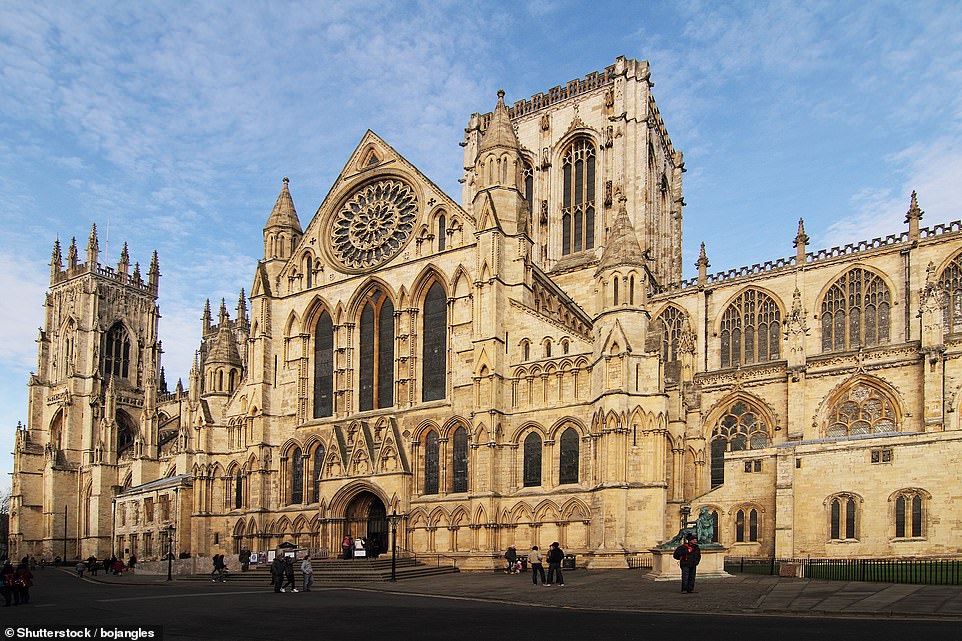 Clementine’s can put you in touch with David Haw, an ‘exceptional’ guide for a walking tour where you’ll pass sights such as York Minster (pictured) 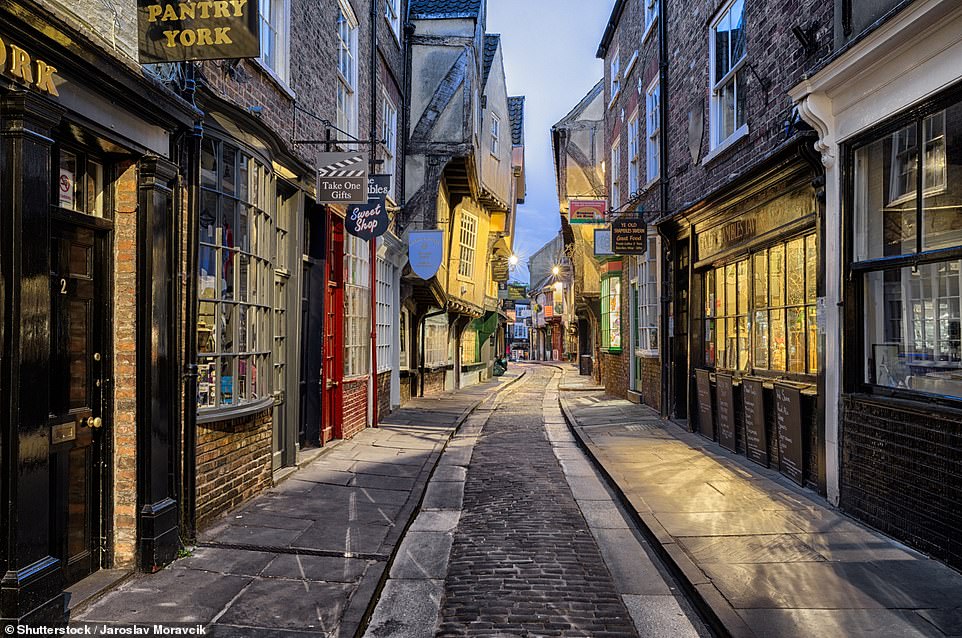 Magical: Discover whether Diagon Alley in the Harry Potter films is really The Shambles (pictured) on the walking tour

Clementine’s can put you in touch with David Haw, an exceptional guide for a walking tour packed with tremendous historical knowledge and amusing anecdotes. And such a tour is by far the best way to get the lie of the land because there’s so much to see.

The magnificent Minster, which has been so finely restored after the fire that followed that lightning strike, offers layer upon layer of history, including Roman remains beneath the crypt (yorkminster.org).

The Jorvik Viking Centre (jorvikvikingcentre.co.uk) is a great family attraction, while York’s Chocolate Story tells the history of Rowntree’s and Terry’s with a chance to sample something delicious (yorkschocolate story.com). A walk along the walls leads to the National Railway Museum (railwaymuseum.org.uk).