Salvadoran girl, 10, is SAVED from drowning in the Rio Grande by a U.S. soldier after a smuggler abandoned her and headed back to Mexico

A migrant girl from El Salvador was rescued by a U.S. Army soldier who saved her from drowning in the Rio Grande after she was abandoned by a smuggler.

U.S. Customs and Border Protection said several individuals were crossing illegally from Mexico to the United States when the soldier detected them Tuesday evening.

Three of the four individuals fled back to Mexico, but left the 10-year-old girl behind as she struggled to stay afloat in the river.

The soldier then jumped into the water and brought her to shore in Laredo, Texas. She is now in U.S. Department of Health and Human Services custody. 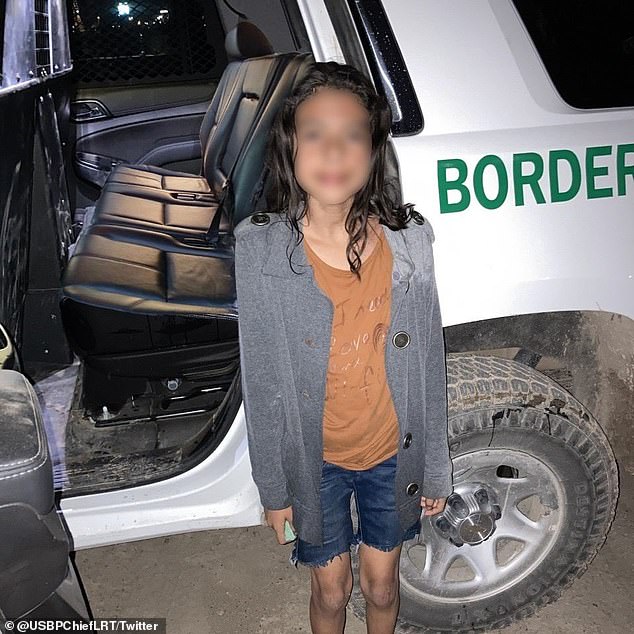 A U.S. Army soldier saved a 10-year-old girl from El Salvador from the Rio Grande on Tuesday after she was left behind by a smuggler, according to U.S. Customs and Border Protection 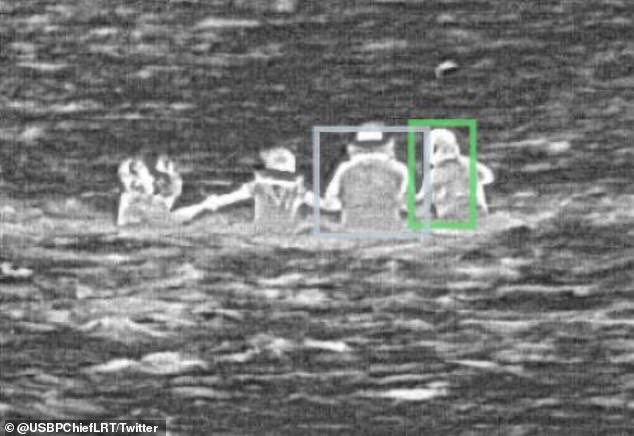 According to CBP, it’s the second southwestern border crossing incident this year that required U.S. soldiers to save a migrant’s life in the Rio Grande.

CBP said the girl was in good health and did not require medical treatment from paramedics.

The soldier who saved the Salvadoran child is assigned to the U.S Northern Command’s lead unit that is assisting CBP in the Laredo area.

According to CBP, it’s the second southwestern border crossing incident this year that required U.S. soldiers to save a migrant’s life in the Rio Grande.

“It is frustrating to me as a parent to see a young child left by smugglers to fend for herself in the swift currents of the Rio Grande River,’ said Matthew J. Hudak, chief patrol agent for the Laredo sector. ‘With the aid of technology, the smuggling attempt was detected and a U.S. Army soldier supporting our agents was able to quickly get to the lone child and pull her out of the water to safety.’

The Salvadoran girl is the third unaccompanied minor in less than a week who was rescued by U.S. authorities in the Rio Grande after having been abandoned by human smugglers.

Border Patrol agents assigned to CBP’s Del Rio Sector found two abandoned boys, aged 7 and 13 from Honduras on a small island in the middle of the river last Thursday.

An agent’s bodycam captured another agent bringing the two children on board the U.S. Border Patrol’s boat.

The boys told immigration officials that they were traveling with a man who had promised to get them across the United States-Mexico border but then disappeared.

The U.S. government has encountered an alarming rise in unaccompanied children illegally crossing the southwestern border.

CBP data shows that Border Patrol agents stopped 9,271 unaccompanied migrant minors for unlawfully entering the United States from Mexico in February. The amount of migrant children arriving alone at the border jumped to 18,663 in March.