Two women accused of running a fight club at an assisted living residence in North Carolina are being spared jail time despite being convicted of encouraging dementia patients to fight and then filming the results.

Police said that Marilyn Latish McKey, 35, and Taneshia Deshawn Jordan, 28, were arrested in October 2019, following a report in June of that year of elderly abuse at the Danby House in Winston-Salem, North Carolina.

On Monday, McKey was given a suspended sentence of 45 days in prison, with 12 months of supervised probation, the court said.

Meanwhile, Jordan was given a suspended sentence of 30 days in prison, with 12 months of unsupervised probation.

A third woman, Tonacia Yvonne Tyson, 23, had also been arrested with the pair at the time of the incidents, but was later cleared of a misdemeanor. 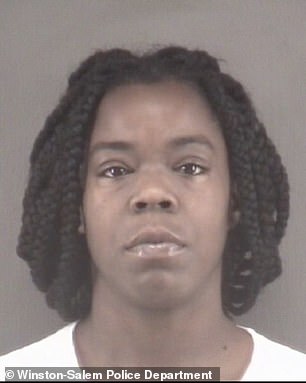 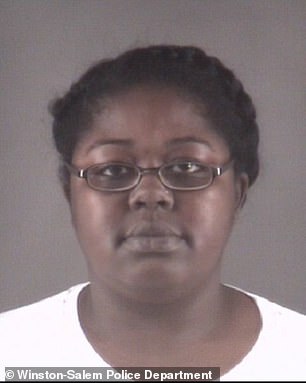 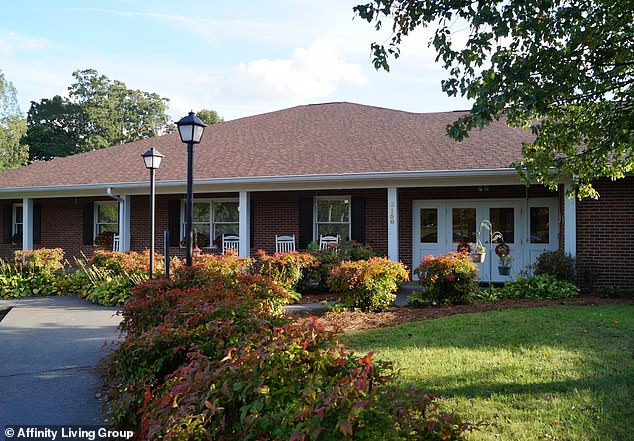 The incidents took place at Danby House (pictured) in Winston-Salem, North Carolina. The facility said they fired the women after learning of the elderly abuse claims against them

Authorities said that the three women were employees at the Danby House, which is an assisted living and memory care facility.

Court documents obtained by Fox 8 showed that McKey was accused of pushing a 73-year-old woman into her room while Tyson and Jordan filmed the incident and did not intervene.

The documents also revealed a second incident, during which McKey, Tyson and Jordan watched, encouraged and videotaped the 73-year-old woman fighting with a 70-year-old woman.

Investigators found that during the second incident, the elderly women – both dementia patients – fought each other in a bedroom, hitting each other as the staffers looked on without trying to physical stop the altercation, according to the News & Record. When one of the patients asked for help, a staffer – it’s unclear which one – told her to ‘stop screaming, (expletive).’

At some point during the fight, one of the elderly women began choking the other one. One of the staffers could be heard telling the woman to ‘punch her in the face,’ while another staffer tells her coworker to film the fight and send her the video.

The investigation stated that no injuries to the elderly women were reported or found. 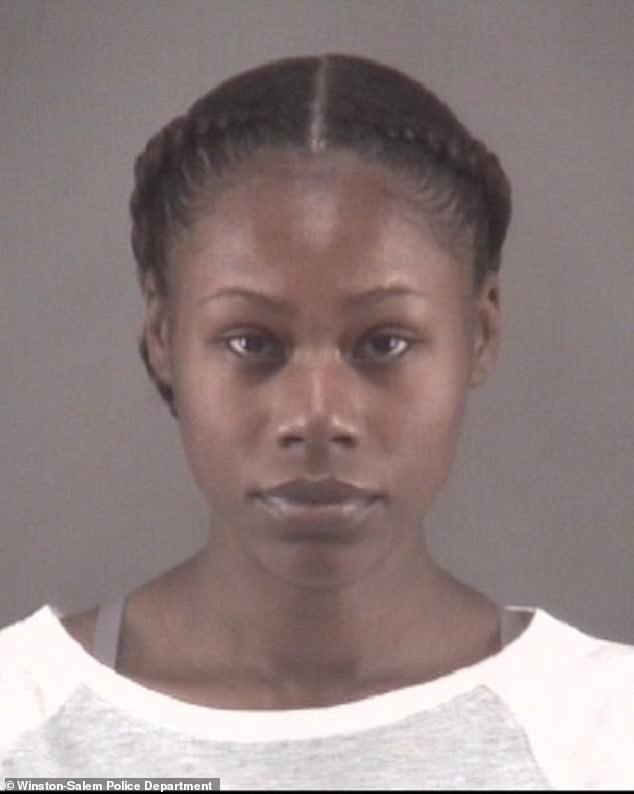 Tonacia Yvonne Tyson, 23, pictured, was arrested and charged alongside McKey and Jordan, but unlike them was not hit with jail time for her role in the alleged elderly abuse

During the investigation, one of the staffers who was arrested allegedly told police that one of the elderly woman was a ‘pain in the butt’ and that was why they had recorded the videos of the incidents.

Jordan was arrested on October 2, 2019, and charged with one count of assaulting an individual with a disability. She was given a $1,500 unsecured bond.

Tyson was arrested a day later on the same assault charge. She was eventually released from custody on a written promise to appear in court.

McKey was arrested on October 10, 2019 on two counts of assaulting an individual with a disability and was given a $1,000 unsecured bond.

The Danby House said that they fired the women immediately after they heard about the allegations against them.

‘Danby House has a zero-tolerance policy for the mistreatment of those in our care,’ a spokesperson said in a statement to Fox 8, adding that the facility worked with police throughout the investigation.

‘Additional staff training and a more rigorous vetting process for all new and existing employees at Danby House has been implemented. Danby House has undergone leadership changes in recent months, and we look at situations like these as opportunities to improve upon the high standard of care we provide for our residents.’