Two men have been charged after a gang armed with a shotgun and machete stole wallets and watches from the brothers of Manchester United star Marcus Rashford and Liverpool defender Trent Alexander-Arnold.

Dane Rashford, 29, and fellow sports agent Tyler Alexander-Arnold were left bloodied and bruised after being confronted by a gang of men inside a restaurant in Moss Side, Manchester, on January 12, 2019.

The pair were eating breakfast at Caribbean restaurant Little Rock when the men burst inside and demanded valuables – stealing Rashford’s watch and Alexander-Arnold’s wallet and timepieces.

The gang also grabbed clothing and wallets belonging to their three friends before stealing Alexander-Arnold’s white Range Rover and speeding off from the scene.

Rashford and Alexander-Arnold, who were making their way to Brighton to watch Liverpool, were subsequently rushed to Manchester’s Royal Infirmary Hospital to be treated for undisclosed injuries.

Their three friends also required treatment in hospital, but their injuries were not thought to be serious.

The stolen Range Rover was later found dumped in nearby Fallowfield.

Romario Harmer, 20, of Old Trafford, and Talleko Lemonious, 26, of Wythenshawe, have been charged with five counts of robbery and single counts of possession of an Italian-made Fabarm double-barrelled 12 bore shotgun, unlawful possession of a baseball bat and having a machete in a public place. 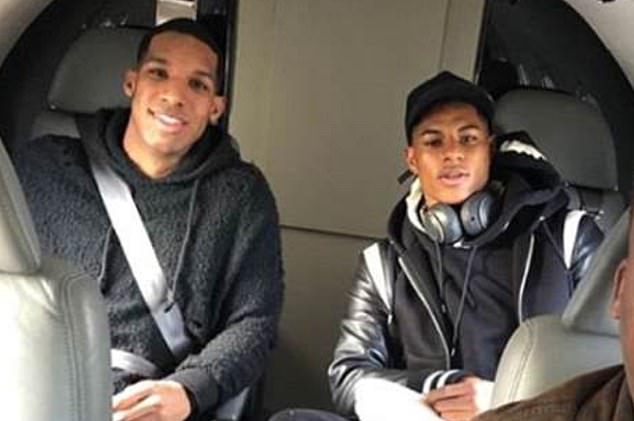 Marcus Rashford (pictured right) with brother Dane, who was eating breakfast with friend Tyler Alexander-Arnold in Manchester when they were confronted by an armed gang 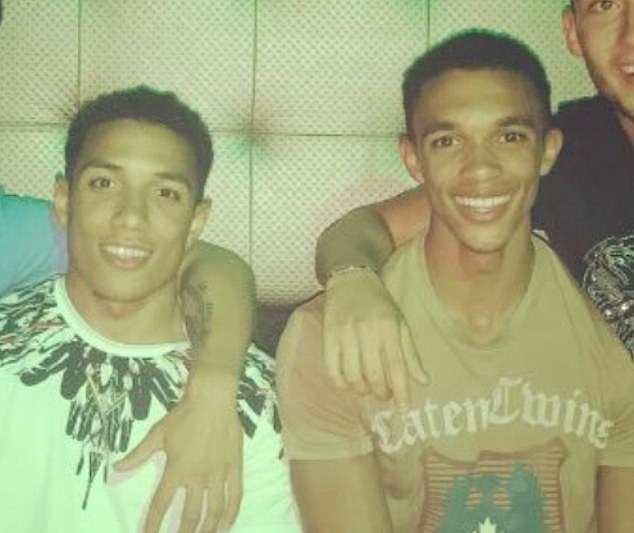 The men were on their way to the south coast to see Liverpool’s match with Brighton when they decided to stop at the Little Rock restaurant in Princess Road, Manchester (pictured)

He spoke only to confirm his name, date of birth and address, before he was released on unconditional bail to appear at Manchester Crown Court for a pre-trial hearing in April.

Lemonius did not appear at court for undisclosed reasons.

Nicola Durham, prosecuting, told the court that the allegations were too serious to be dealt with at the lower court, adding that she was unable to go into detail about the alleged offences as defence lawyers were not present.

The other three victims of the robbery were named as Tre Gill, Jacob Dunne-Simon and Daniel Payne.

Mr Gill and Mr Dunne-Simon both had watches stolen, while Payne was forced to hand over his wallet and coat. The value of the stolen items is unknown.

During the police investigation, officers arrested six people aged between 17 and 58. 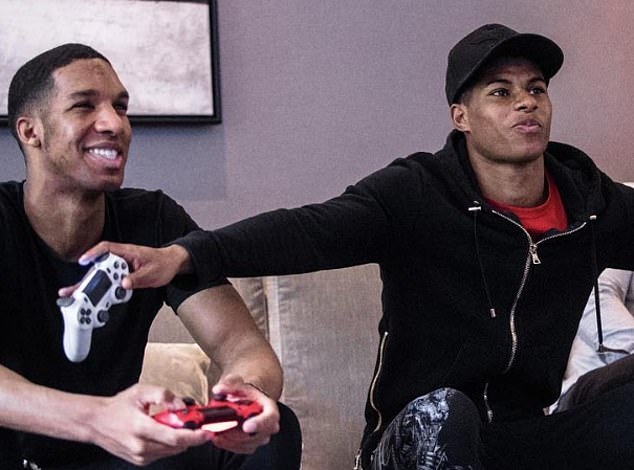 Manchester United star Marcus Rashford (right), with his brother Dane (left), who was attacked at the Caribbean restaurant 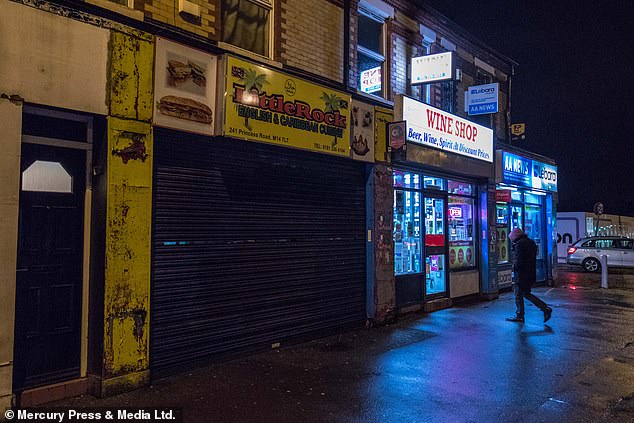 The Little Rock restaurant in Manchester, pictured on Sunday night, where the two brothers of Premier League football stars were attacked

He said at the time: ‘I can’t say too much because the police are dealing with it. I wasn’t there at the time but I understand the lads were eating when it happened.

‘They’re regular guests and I think they were targeted deliberately. People have probably spotted their cars here before.

‘We’re all traumatised by this. I know the lads and we talk about football. I have a bit of banter with Tyler as his brother plays for Liverpool and I’m a United fan!

‘It’s my day off and I’m trying to spend some family time but it’s difficult and troubling when all this is going off. I just hope the lads are OK, my heart goes out to them.’

Supt Mark Dexter, of Greater Manchester Police, added: ‘Thankfully no one was seriously injured but the victims have been left understandably shaken following this incident.

‘It is thanks to the swift action of our officers that we had six men in custody but this investigation is still very much ongoing and officers will be in the area continuing with inquiries.’

Police cordoned off a row of shops following the robbery.