‘Life can be a matter of chance’.

The haunting last moments of a teenager have been captured on CCTV, showing two brothers on a carefree walk to a bus stop, moments before a botched robbery would leave one dead and the other fighting for life.

Maaka Hakiwai, 17, and his 18-year old brother Nate had hoped to board the 2.30pm bus to travel to the gym.

They saw the bus drive away from the bus stop on Main Road West – in Kings Park, northwest Melbourne.

Moments after CCTV captured them walking down the street, the pair were approached by two African youths. 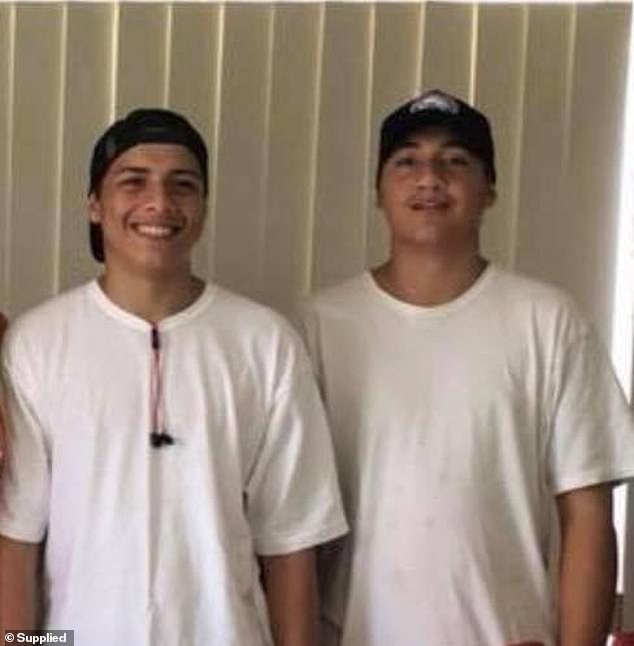 Maaka Hakiwai (left), 17, was killed and his ‘best friend’ brother Nate (right) were ambushed while waiting for a bus 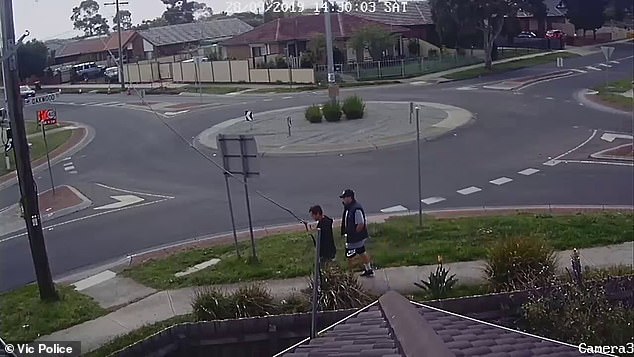 Moments from tragedy. The Hakiwai brothers walk to the bus stop where they would be attacked 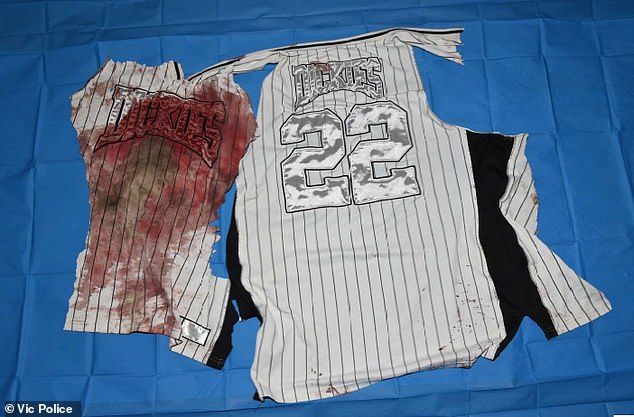 The youths had been cruising about town looking to ‘drill’ someone, when they spotted Nate’s baseball cap and decided they had to have it.

It was AFL Grand Final day in Melbourne, but the Hakiwai brothers couldn’t care less having only recently moved to Victoria from rugby mad Queensland.

Joshua Horton, who was also just 18 at the time, sat in the car as his two mates approached the boys and drummed up a conversation.

Then they pounced, grabbing Nate’s hat and punching him in the face when he remonstrated.

What happened next will be decided by a Supreme Court of Victoria jury, which on Monday heard the closing address by Crown prosecutor Ray Gibson, QC.

Mr Gibson told the jury Horton knew exactly what he was doing when he rushed out to help his friends in the robbery.

Within seconds of jumping from the vehicle, he would grab Maaka from behind and stab him just under the chest with a 10cm knife.

He then turned his attention to Nate, chasing him down the road before stabbing him twice in the leg, severing a major artery.

His mates swiped Nate’s hat before they all climbed back into the car and left the boys for dead.

Maaka bled out on the footpath and Nate lost almost half of his own blood before doctors saved his life.

‘Life can be a matter of chance,’ Mr Gibson told the jury.

‘Maaka Hakiwai probably thought that he was a bit luckless missing the 2.30pm bus on the Spring day … tragically he was far more than a bit luckless.’ 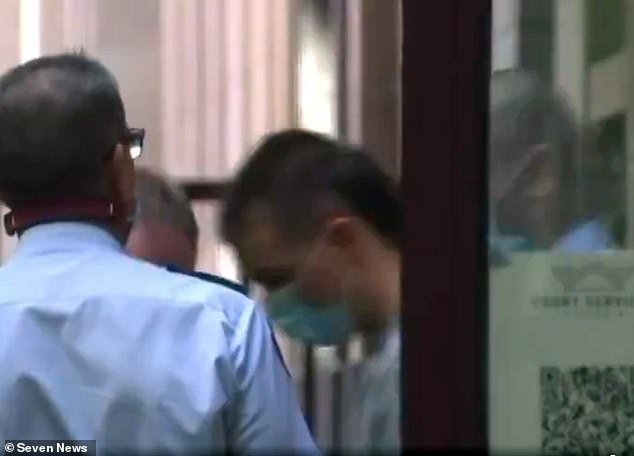 Joshua Horton has pleaded not guilty to murder 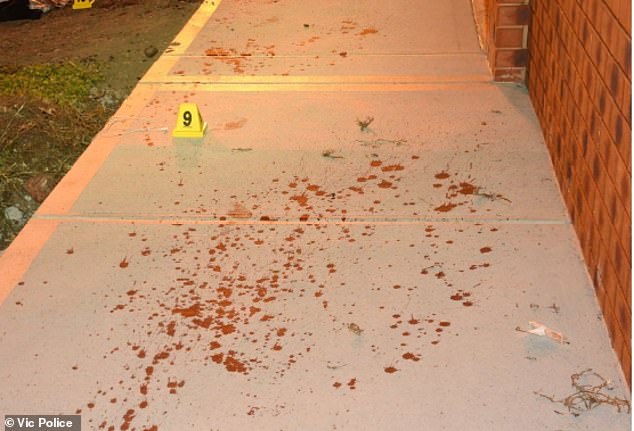 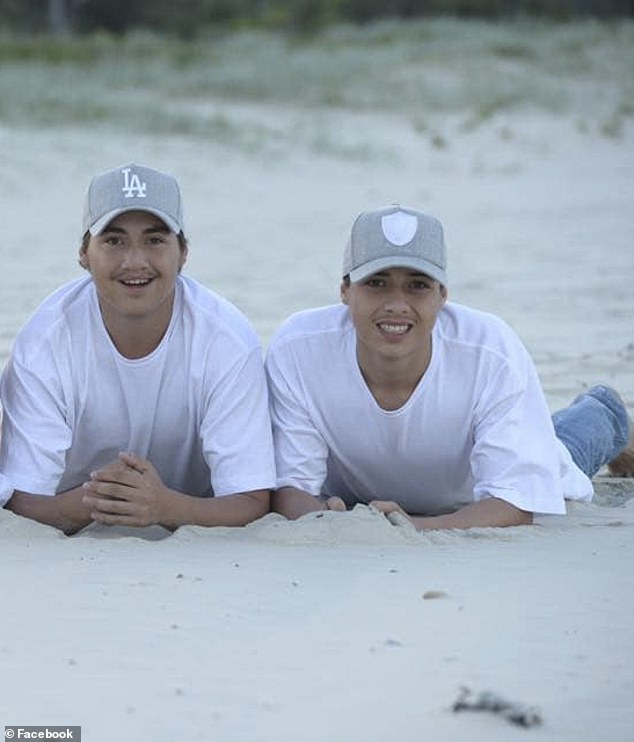 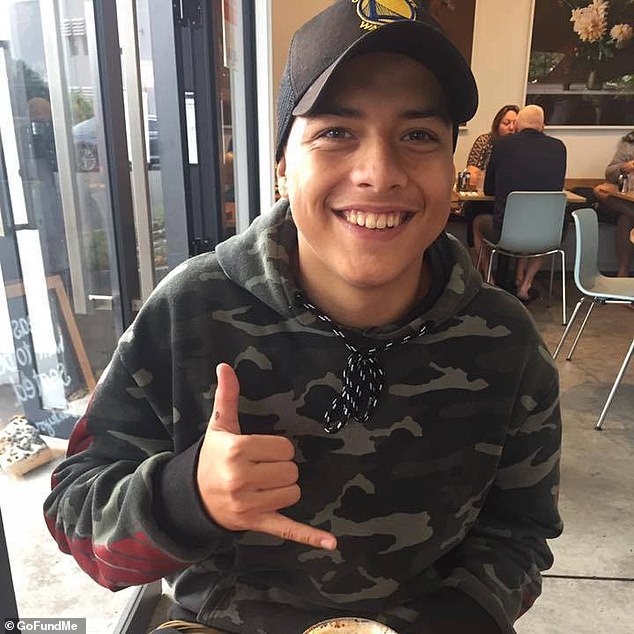 Maaka (pictured) was fatally stabbed in a quiet street in Kings Park, Melbourne in 2019

Horton has pleaded not guilty to murdering Maaka and seriously injuring his brother.

He has already admitted before the jury to manslaughter and injuring Nate, but the pleas were rejected by the Crown.

Mr Gibson told the jury the only acceptable verdict in the case could be murder.

Jurors have only had to hear three days of evidence in the murder trial before reaching today’s closing.

Mr Gibson described the case against Horton as both ‘simple’ and ‘strong’.

He claimed Horton was well aware of the plan to rob the boys as he was seated directly between his co-offenders in the back seat of the Toyota Rav 4 they were in.

Mr Gibson said the jury should accept Horton had no lawful excuse for getting involved in the fracas as he knew it was a robbery.

Any other suggestion would be ‘utterly fanciful’, he said.

‘He knew exactly what was going down,’ the jury was told.

Horton’s barrister Sam Norton claimed his client only intervened when he saw his mate go to ground. 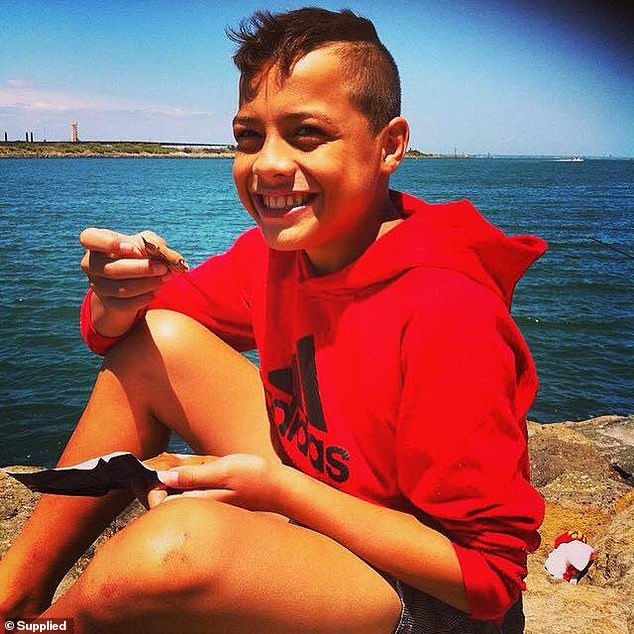 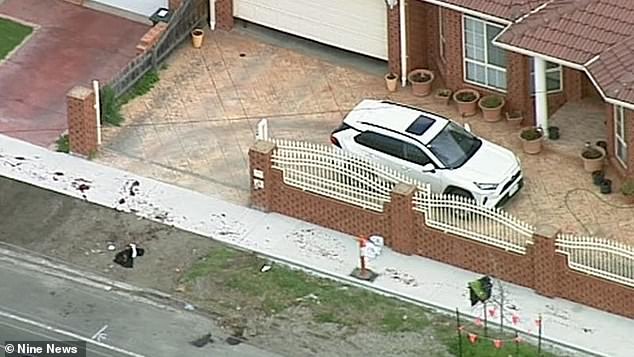 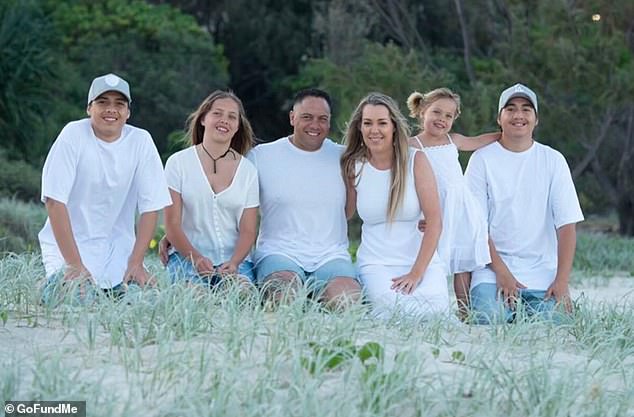 The jury had previously heard Horton had expressed remorse for the stabbings and had asked a friend ‘which one’ when he was told one of the boys had died.

Mr Norton told the jury Horton had no intention of assisting in the robbery and only wanted to help his mates, whom he believed were at risk of injury.

‘He stays in the car,’ he told the jury.

‘It’s only when (his mate) gets knocked to the ground.’

Mr Norton said that alone ought pose a reasonable enough doubt for them to acquit his client.

He told the jury Horton said nothing before stabbing the boys, indicating he was not in on the plan to rob them.

‘He doesn’t make any demands. He doesn’t try to grab anything,’ he said.

Mr Norton further claimed that he had already fled when his co-offenders took the hat off the critically injured Nate.

All up, Horton had been out of the car for just 16 seconds.

The jury is expected to retire to consider their verdict on Wednesday.