A Turkish police officer who raped his wife and shot her in the head, leaving her for dead, has been jailed for 31 years after she woke up from a two-month coma to dispel his claim that it was a suicide attempt.

Muslum Aktas, 27, initially tried to say that his wife had seized his service firearm in order to kill herself, in Kecioren, in the province of Ankara, on September 13 2020.

But the victim, Sevginur Aktas, 22, an anaesthetist, woke up from her coma and told police that her husband, to whom she had been married to for only 18 days, shot her in the head after an argument. 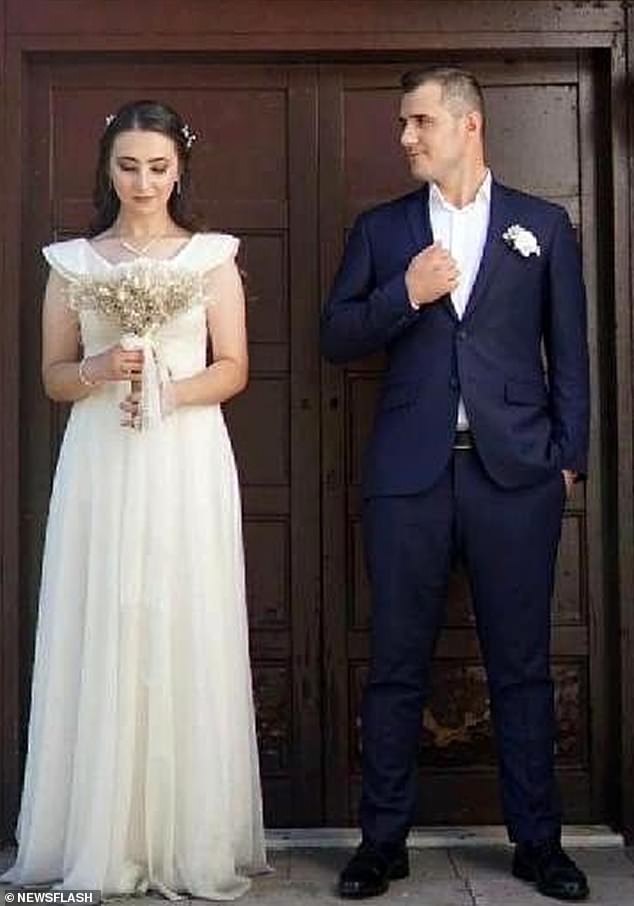 Muslum Aktas, 27, initially tried to claim that his wife, to whom he was married for 18 days, had seized his service firearm in order to kill herself in 2020

He reportedly refused to let her visit her relatives in Kirikkale – roughly a one hour drive from Kecioren according to Google maps – prompting Sevginur to say she wanted a divorce.

She said her husband then raped her and dragged her into the bathroom, saying divorce is not an option; before shooting her in the head.

He called the emergency services and claimed Sevginur shot herself.

Showing up to the Ankara 35th High Criminal Court in a wheelchair, the victim told of meeting her husband on social media, before she was confronted with his ‘psychological violence’. 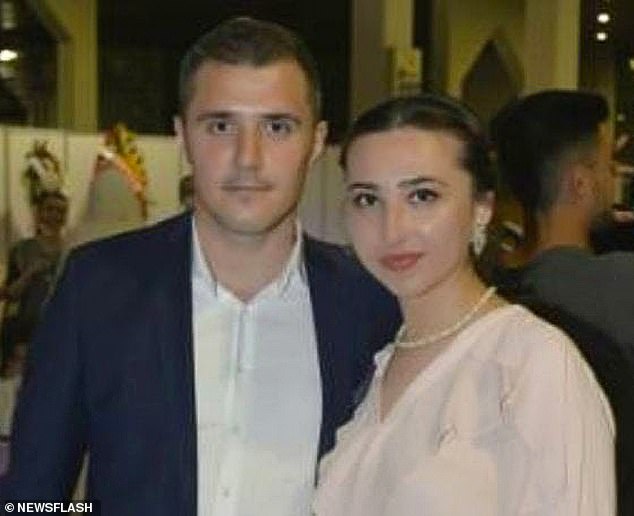 A Turkish police officer who raped his wife and shot her in the head, leaving her for dead, has been jailed for 31 years after she woke up from a two-month coma

She told the court: ‘After the engagement, I wanted to break up, but he was telling me that only death would separate us.

‘The psychological violence was extreme. Whenever I wanted to break up, he would threaten me.

‘After arguing for some time on the incident day, he forcibly took me to the bedroom and raped me there.

‘I felt so worthless and said I wanted a divorce and headed towards the door. He blocked me and took me back to the bedroom.

‘He had a gun in his hand, and he choked me, I couldn’t breathe at the time. He shouted at me saying “Didn’t I tell you that divorce is not an option?” 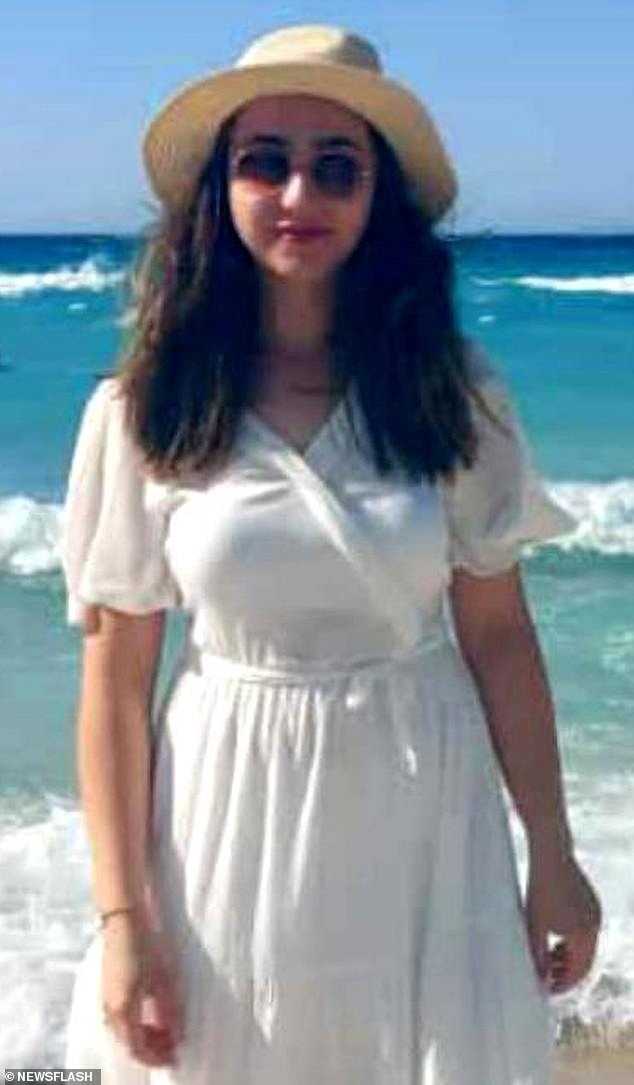 Sevginur Aktas (pictured), 22, an anaesthetist, woke up from her coma and told police that her husband shot her in the head after an argument

‘I begged him to leave, then I heard the gunshot, I don’t remember anything, I opened my eyes in the hospital.

‘He said I committed suicide, it’s a lie, I did not try and commit suicide, I love life.’

However Muslum rejected the allegations and still maintains that the incident was a suicide attempt.

He also claims to have tried to stop her, saying: ‘Yes, I was angry with my wife, so I sent a message to a friend and asked him to pick me up.

‘When I went to change, an argument started between us again. 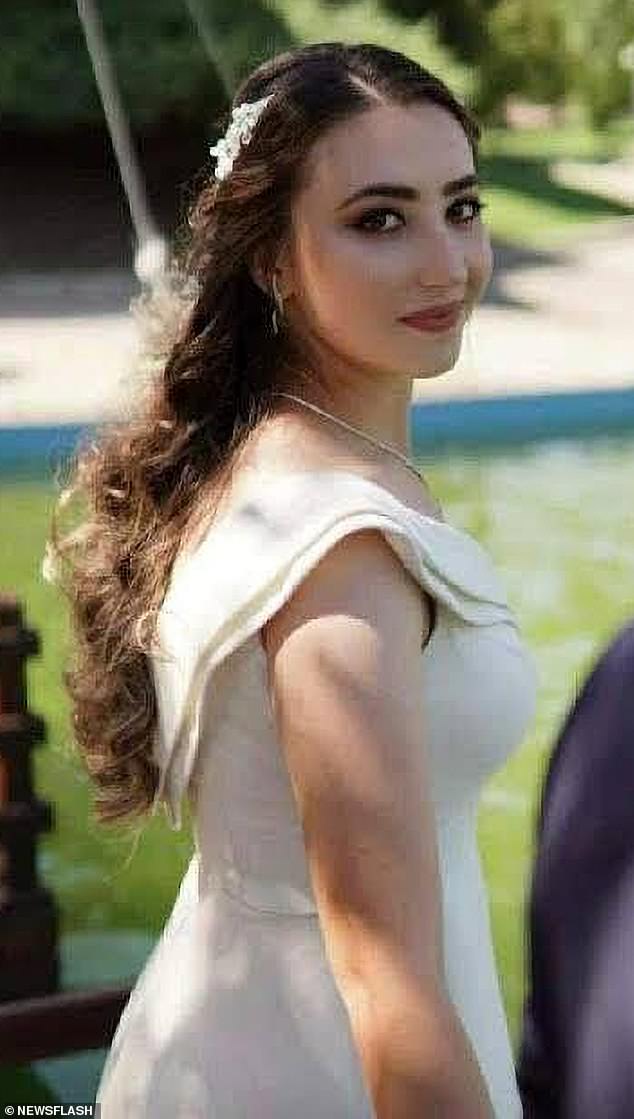 Showing up to the Ankara 35th High Criminal Court in a wheelchair, Sevginur told of meeting her husband on social media, before she was confronted with his ‘psychological violence’

‘She pointed the gun at herself. I panicked and shouted, “What are you doing? Drop the gun!”

‘When I realized that she wouldn’t be persuaded to let go of the gun, I tried to take it from her, and suddenly I heard a gunshot. I called the emergency teams two or three times.’

Femicide, the term used when women are killed due to the status they are perceived to have in society, is a growing problem in Turkey.

The government is working on a draft bill to address the issue, alongside domestic violence, the details of which are set to be revealed on International Women’s Day on March 8.

It is understood that harder sentences for perpetrators are to be the main focus, the Daily Sabah reports.

Since the beginning of this year, 72 femicides have taken place in the country, according to data from platform ‘Monument Counter’ which is updated daily.

Some 280 were killed by men last year, and 217 were found suspiciously dead, a report ‘We Will Stop Femicide Platform’ said.