Tube strike chaos cripples London for THIRD day in row: Commuters rage at TfL over lack of buses as thousands face ANOTHER nightmare journey to work with Underground shut AGAIN


Commuters raged at TfL over a lack of buses this morning as thousands face another nightmare journey to work in a third day of disruption on the tube.

Some 10,000 workers have again walked out in a row over pay, conditions and pensions, crippling London’s transport network.

All major underground lines are currently suspended or part-suspended this morning. 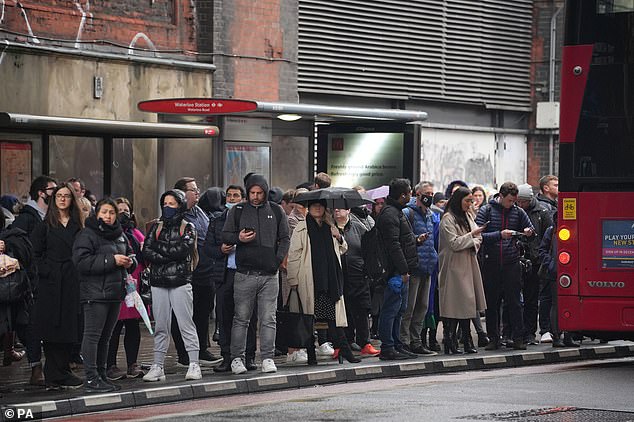 Commuters queue for buses at Waterloo station in London as tube services resume but remain disrupted following a strike by members of the Rail, Maritime and Transport union (RMT) on Tuesday