Taxpayers in the United States are spending $140,000 a month on Secret Service protection for Donald Trump’s adult children – despite them not being entitled, by convention, to protection.

A Washington DC think tank, Citizens for Ethics in Washington (CREW) obtained the data for February via a Freedom of Information Request.

Among the costs were $62,599.39 for the hotel stay of Ivanka Trump and Jared Kushner’s security agents while the couple went on a 10-day vacation to Utah, immediately on leaving the White House.

Security then followed them, in just February, to Miami and Bedminster, New Jersey. 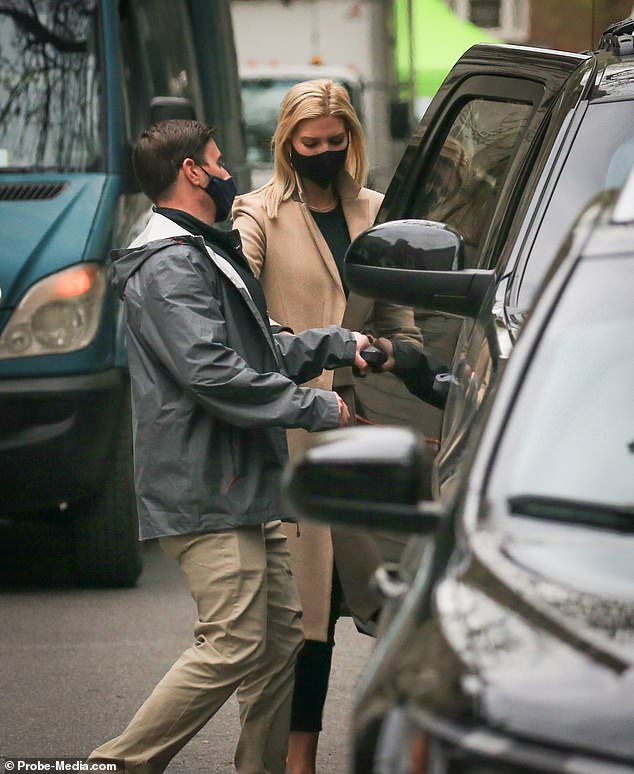 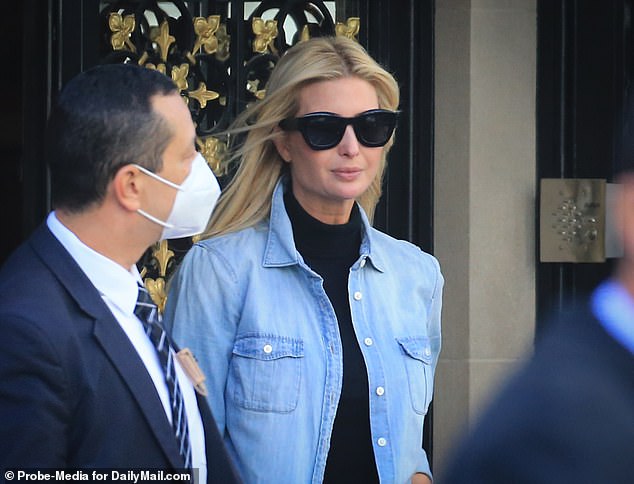 The 39-year-old is seen again in New York City, with her protection, in February

Eric and Lara Trump spent much of the month of February in New York at the Trump Briarcliff property, with some short trips into Queens, one trip to Miami and two to Palm Beach, which cost the Secret Service at least $12,742.

The Secret Service is normally tasked with protecting serving officials.

Only former presidents and their spouses, and their children aged under 16, are given protection for life.

However, Trump negotiated a deal before his January 20 departure, by which his four adult children – Donald Jr, 43; Ivanka, 39; Eric, 37; and Tiffany, 27 – would have their protection extended for six months. 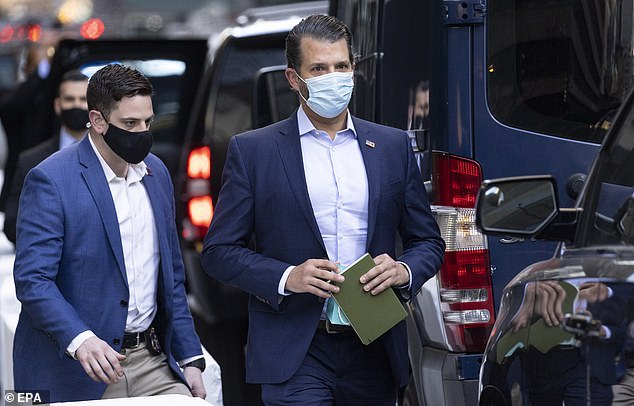 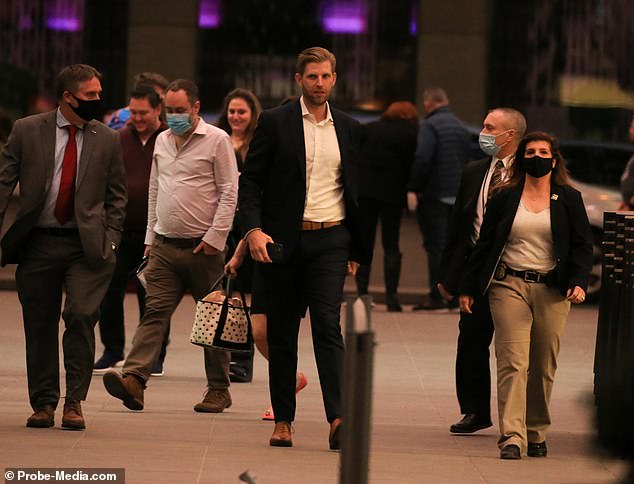 Eric Trump is seen in New York City, with his security detail – still paid for by U.S. taxpayers

The extension comes after a presidency which saw the Secret Service stretched, staffing the largest number ever of full-time security details — up to 42 at one point, according to former senior administration officials.

The Secret Service ‘did not provide records of spending at Trump businesses, which is the most controversial aspect of the extended protection,’ CREW added.

The watchdog has previously reported that the Trump family, while in office, took 12 times as many trips at the Obamas, with the taxpayers footing the security bill.

‘While it may be tempting to put the story of the Trump family’s profiteering in the past, we cannot until they have actually stopped directing taxpayer money into their own bank accounts,’ said CREW.

‘Thanks to Trump’s unusual extension of their protection, they’ve got a few more months to continue the grift.’