Donald Trump suggested the United States military disguise its aircraft as Chinese property and then use those planes to ‘bomb the s*** out of Russia’ in order to foment a war.

Speaking to a crowd of wealthy donors at the Republican National Committee’s New Orleans retreat on Saturday night, the former president joked that one way to end Russia’s invasion of Ukraine was to distract it with a conflict with China.

He suggested taking American F-22 jets, putting ‘the Chinese flag on them and bomb the s*** out of Russia,’ according to CBS News.

‘And then we say, China did it,’ Trump added as the crowd laughed.

‘Then they start fighting with each other, and we sit back and watch.’

The former president also called Russian leader Vladimir Putin’s unprovoked and unjustified attack on Ukraine a ‘massive crime against humanity’ and criticized the west’s NATO alliance as a ‘paper tiger.’

‘Paper tiger’ is used to describe something that appears threatening but is significantly weaker in reality.

During his time in office Trump had repeatedly disparaged NATO, forcing aides to scramble to keep him from pulling the US out of the defensive treaty. 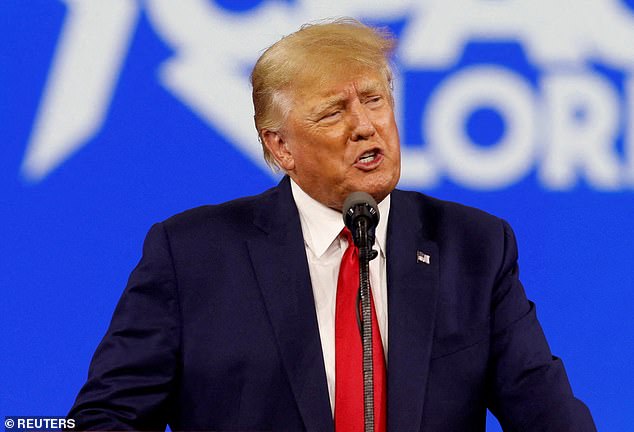 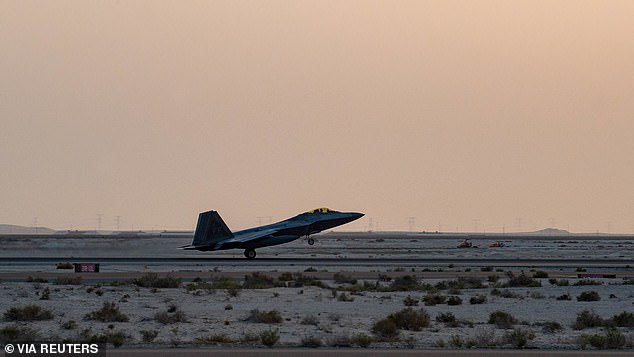 It comes as Russian airstrikes and shellfire continue to bombard Ukraine’s cities, with hundreds of civilians believed to be dead. Its President Volodymyr Zelensky warned on Sunday morning that Moscow’s troops may bomb the port city of Odessa.

Trump asked on Saturday night, ‘At what point, do we cannot take this massive crime against humanity?’

The former president ratcheted up his rhetoric around Russia’s strongman ruler after being criticized for calling the autocrat’s plan to invade a sovereign nation ‘genius’ and ‘savvy.’

Then Trump voiced his support for Ukraine at last week’s CPAC event, where he said he was ‘praying for the proud people of Ukraine’ and expressed admiration for Zelensky, calling him a ‘brave man.’ 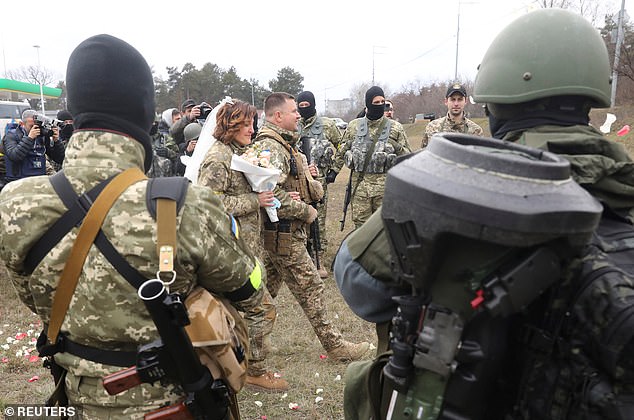 A member of the Ukrainian Territorial Defence Forces Lesia Ivashchenko is accompanied by a deputy commander of her battalion at her wedding with Valerii Fylymonov during Ukraine-Russia conflict, at a checkpoint in Kyiv, Ukraine March 6 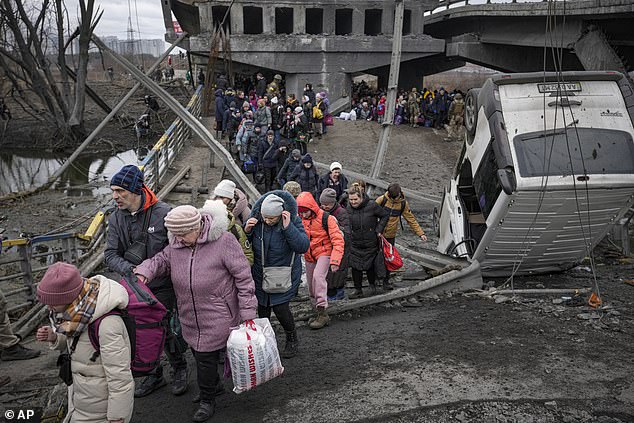 People cross on an improvised path under a bridge that was destroyed by a Russian airstrike, while fleeing the town of Irpin, Ukraine, on Saturday 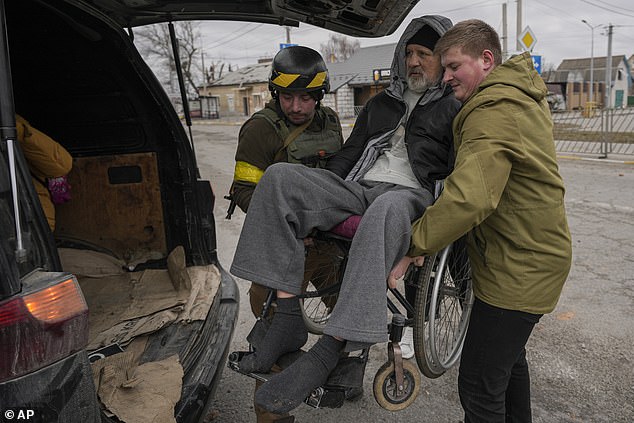 People place a man in a wheelchair in the back of an SUV after crossing on an improvised path under a bridge that was destroyed by a Russian airstrike, as people flee the town of Irpin,  Ukraine, on Saturday

On Saturday, Putin escalated his rhetoric in his confrontation with the West, saying that sanctions against Russia are tantamount to a declaration of war and threatening to treat any country that declares a no-fly zone over Ukraine as part of the conflict.

Meanwhile Zelensky has been urging NATO’s leaders to impose such a restriction on its skies. Western leaders have thus far been hesitant.

The number of Ukrainians forced from their country grew to 1.4 million.

The United Nations says more than 350 civilians have been killed since Russia’s invasion last week, while Ukrainian officials have said that at least 2,000 have perished.

On Saturday, Zelensky repeated his plea for NATO to establish a no-fly zone in a meeting with the US Congress — but the idea faces strong bipartisan opposition in America, and NATO leaders have rejected it, pointing out that it would draw the alliance into direct military confrontations with nuclear-armed Russia.

‘We’ll instantly view them as participants in a military conflict,’ the Russian leader told a group of female employees of Russian airlines, according to Russian state media.

‘We’ll view any movement in this direction as involvement in an armed conflict by the country from whose territory threats to our military service members are posed.’

‘These sanctions that are being imposed are like the declaration of war,’ said Putin.

‘A lot of what is happening now, of what we now see and what we face is undoubtedly a means of fighting against Russia.’