President Donald Trump unleashed another attack on GOP Rep. Liz Cheney Tuesday after she floated a potential run for president and said it should be ‘disqualifying’ for candidates to have backed Trump’s election overturn effort.

Trump, who earlier this month insulted the Wyoming Republican as ‘crazy Liz Cheney,’ said there is ‘no way’ she could win the White House.

‘Liz Cheney is polling sooo low in Wyoming, and has sooo little support, even from the Wyoming Republican Party, that she is looking for a way out of her Congressional race. Based on all polling, there is no way she can win,’ Trump said. 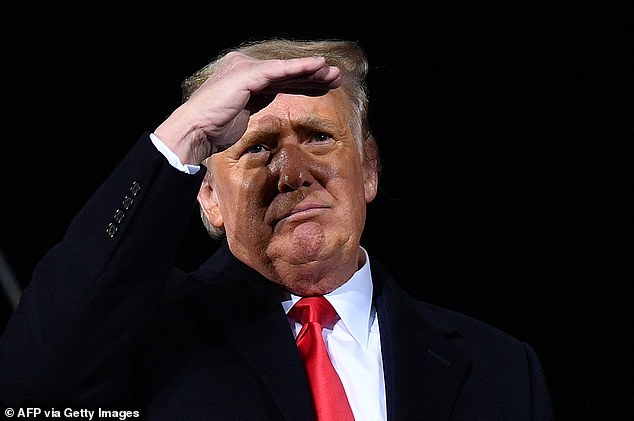 ‘She’ll either be yet another lobbyist or maybe embarrass her family by running for President, in order to save face. This warmongering fool wants to stay in the Middle East and Afghanistan for another 19 years, but doesn’t consider the big picture,’ Trump said. ‘Russia and China!’ he wrote.

Trump, who is banned from Twitter, made the comments in a statement from his Save America Pac from his home at Mar-a-Lago.

His ‘warmonger’ attack was an attempt to identify her with her father, former Vice President Dick Cheney, and connect her to the decision to invade Iraq during the George W. Bush administration.

The war among Trump and anti-Trump factions has been playing out at the annual GOP retreat being held in Florida.

Cheney told the New York Post: ‘I think we have a huge number of interesting candidates, but I think that we’re going to be in a good position to be able to take the White House.’ 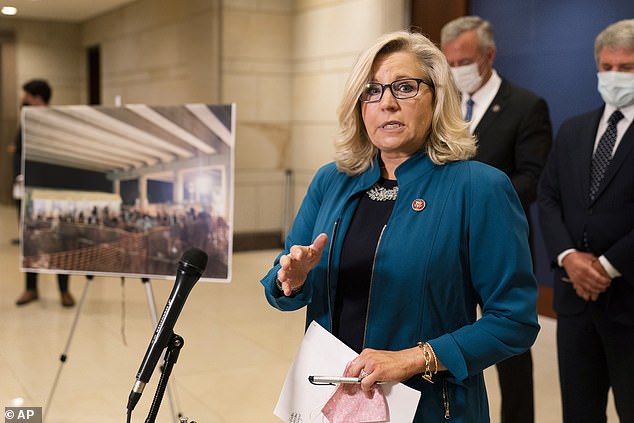 ‘I do think that some of our candidates who led the charge, particularly the senators who led the unconstitutional charge, not to certify the election, you know, in my view, that’s disqualifying,’ she said.

She was referencing GOP senators like Sen. Ted Cruz of Texas and Josh Hawley of Missouri who backed Trump’s effort to overturn the election by sending back certified votes that went for Joe Biden.

‘”I think that adherence to the Constitution, adherence to your oath has got to be at the top of the list,’ Cheney said. ‘So, I think, you know that certainly will be a factor that I’m looking at and I think a number of voters will be looking at as they decide about ’24.’

Cheney, the No. 3 elected House Republicans, is floating a run for president herself. ‘I’m not ruling anything in or out — ever is a long time,’ she said.

Cheney once again split with House Minority Leader Kevin McCarthy, who visited Trump at Mar-a-Lago after the January 6th riot, over the issue of a bipartisan commission on the riot. She doesn’t want to expand the scope to include a look at protests against police brutality.

‘I think from a perspective, if you’re sitting here at a retreat that’s focused on policy, focused on the future of making America in the next century, and you’re talking about something else, you’re not being productive,’ he said.