The former president’s push for Raffensperger’s ouster from his post comes after he refused to back Trump’s election fraud claims in Georgia – a state in which Joe Biden won by just 0.23% after mail-in ballots were tabulated days after the election.

Trump publicly lamented of Raffensperger in November and the months following and publicly pressured him to probe the 2020 election process and overturn the results in his favor.

Raffensperger, 65, revealed that in an early January call that the then-president told him to ‘find’ a certain number of votes – the exact amount needed to change the outcome.

This call has led to Georgia prosecutors investigating whether Trump tried to improperly influence the presidential election.

Georgia Representative Hice, 60, is a staunch ally of Trump and supported his efforts to overturn the election results. 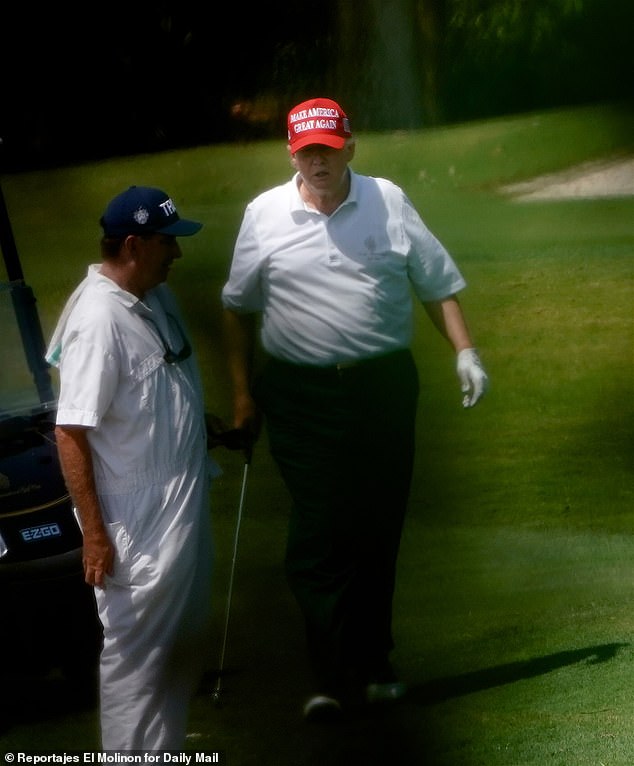 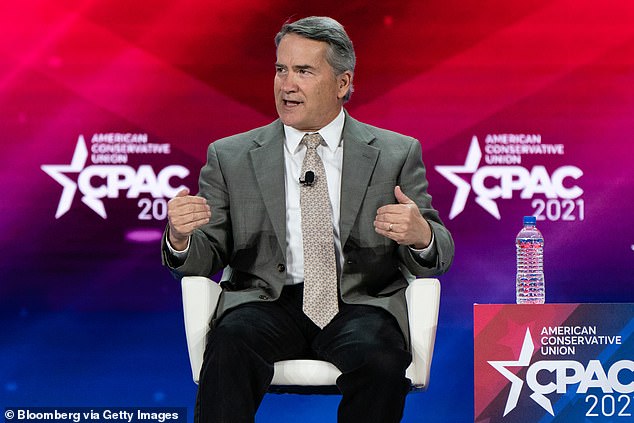 Hice, 60, has been flirting with a run against Raffensperger and said Trump is ‘supportive’ of his potential candidacy 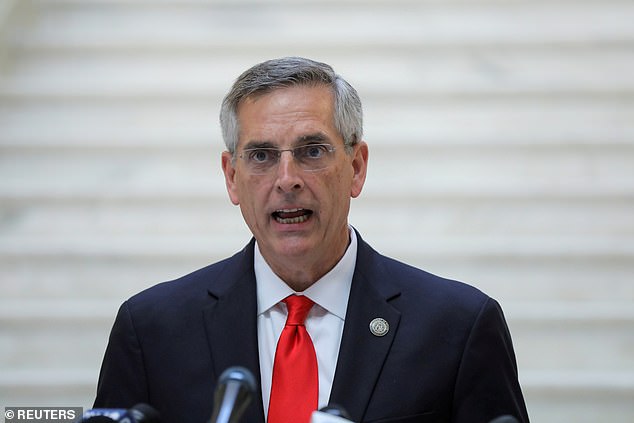 Raffensperger, a Republican, broke with Trump after the November election by refusing to back his voter fraud claims

In publicly flirting with running, Hice said Trump is ‘supportive’ of his potential candidacy.

He also ridiculed Democratic efforts to impeach Trump for a second time over his role in the January 6 Capitol Hill riot – a claim he insisted was ‘bogus.’ Ultimately Trump was impeached twice, but the Senate acquitted him for the second time in February.

Hice was first elected to represent Georgia’s 10th District in the House in 2014. He is considering launching a primary bid against Raffensperger.

Raffensperger’s aides in weeks following the election rebuked Trump’s repeated claims of voter fraud and that Georgia’s 16 Electoral College votes were ‘stolen’ from him by Democrat cheaters.

Some aides even warned in early December that Trump’s claims could lead to violence.

Just over a month later, thousands of Trump supporters descended on Capitol Hill in a violent attack to try and prevent Congress from certifying the presidential election for Biden.

Trump has turned a lot of his attention to Georgia for the 2022 midterms, especially after two January Senate runoff elections saw both Republican incumbents Kelly Loeffler and David Perdue being ousted by Democratic challengers Raphael Warnock and Jon Ossoff, respectively.

Those two consequential elections led to Democrats earning the slimmest majority possible in the Senate with a 50-50 split and Vice President Kamala Harris – a former senator herself – holding the tie-breaking vote.

Hice has been considering launching a bid against Raffenperger in 2022. Last week he said he was ‘exploring options’ and previewed to prepare for a decision ‘within the next few days.’

Trump, according to those familiar with his thinking, has also been attempting to recruit a primary opponent for Georgia’s GOP Governor Brian Kemp.

The former president has also accused Kemp, like Raffensperger, of not doing enough to intervene in the state’s ballot count, which continued long after Election Day in the midst of the pandemic.

He even publicly encouraged former NFL running back Herschel Walker to run for Senate.