By Ruth Sutherland Business Editor For The Daily Mail

The bosses of two of Britain’s leading travel firms have hit out at rivals for failing to hand back millions of pounds worth of refunds.

Steve Heapy, chief executive of the Jet2 airline, branded some competitors ‘disgraceful’ for taking too long to reimburse holidaymakers whose plans have been wrecked by the pandemic.

He said they have ‘given the industry a bad reputation’ by hanging on to the cash, sometimes for months on end. ‘It’s pretty terrible,’ he added.

Mike Gooley, founder of Trailfinders, launched a similar broadside, saying the firms were being allowed by regulators to ‘embezzle’ their own customers, and calling for urgent reforms. 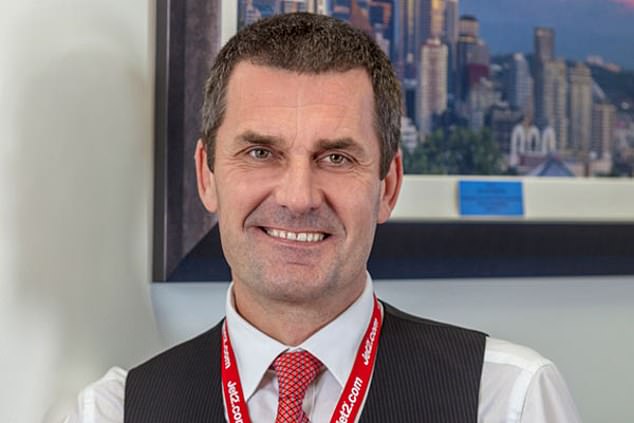 Steve Heapy (pictured), chief executive of the Jet2 airline, branded some competitors ‘disgraceful’ for taking too long to reimburse holidaymakers whose plans have been wrecked by the pandemic

Travellers whose package holidays are cancelled by their provider are legally entitled to have their money repaid in full within 14 days.

Some firms have been denying full refunds on the basis they are unable to recoup the money from airlines for the flight part of the holiday.

But Mr Gooley claimed operators have recovered ‘a wall of money’ from airlines. He also criticised the practice of offering vouchers instead of refunds, saying they ‘rob the traveller of future choice’.

Trailfinders and Jet2 both have good records on pandemic refunds, according to consumer group Which?

But a string of other companies, including Teletext Holidays and Virgin Holidays, have been probed by the Competition and Markets Authority after complaints.