Nearly 40 Conservative parliamentarians have written to Boris Johnson urging him to reverse plans to end fracking.

The 34 MPs and five peers claim that sealing two of the UK’s only viable shale gas wells next week would benefit Vladimir Putin.

Britain must instead embark on a ‘national mission’ to secure its energy independence and reduce its reliance on imported gas, they say.

Energy company Cuadrilla is due to concrete over its fracking wells in Lancashire on March 15, having been ordered to do so by the Oil and Gas Authority.

But the MPs – led by Craig Mackinlay and Steve Baker, the chairman and deputy chairman of the Conservative Net Zero Scrutiny Group – have issued a plea to halt the move.

In a letter to Mr Johnson they wrote: ‘We urge you to pause and conduct a review. At a time of such geopolitical strife, we cannot refrain from actions that would improve the position of the UK and its allies.’ 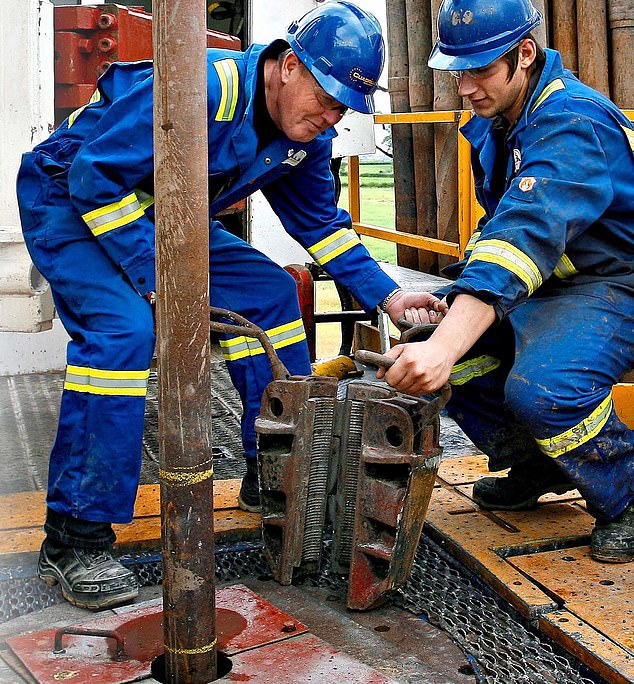 Their intervention follows a first letter sent before Russia’s invasion of Ukraine, which Mr Johnson has yet to respond to.

But a source at the Department for Business, Energy and Industrial Strategy (BEIS) resisted the call, saying the MPs should ‘get real’.

In their letter to Mr Johnson, the MPs wrote: ‘Europe has developed an ‘addiction’ to Russian gas.

‘This has gifted the Kremlin considerable influence at the heart of our democracies.’

They added: ‘Filling these wells with cement as Europe stands on the brink of all-out war would send the wrong signal to our allies and to our enemies.’

Last week, Sir Richard Dearlove, the former head of MI6, called for an immediate reversal of the fracking ban to help Britain ‘become reasonably independent in our ability to produce energy’. It came as Mr Baker was told by business minister Greg Hands that the wells needed to be ‘safely decommissioned at the end of their useful life’. 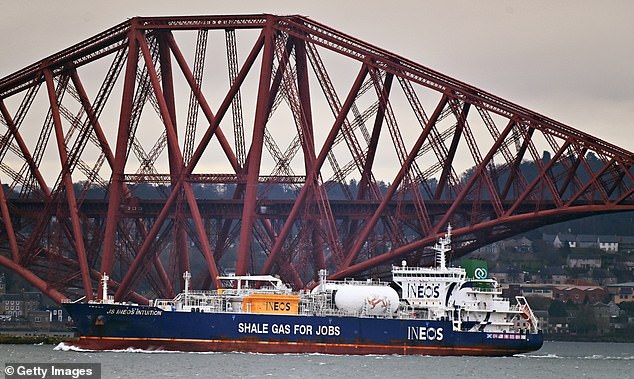 In a letter to Mr Johnson they wrote: ‘We urge you to pause and conduct a review. At a time of such geopolitical strife, we cannot refrain from actions that would improve the position of the UK and its allies’

Mr Baker said: ‘The minister’s suggestion that these wells are at the end of their useful life is outrageous.. they are ready to produce shale gas so that we can create British jobs and tax revenues, energy security and a faster route to Net Zero.

‘The only thing that is causing a problem here is… the state mandating that we pour concrete down Britain’s only shale gas wells at the height of an energy crisis.’

A BEIS spokesman said: ‘The UK is in no way dependent on Russian gas, with imports making up just 4 per cent of demand. Fracking would have no effect on domestic energy prices in the near future.’

Three years ago, Cuadrilla, the only firm to frack for gas in the UK, struck a supply of shale gas it said could eliminate Britain’s dependency on imports by half. But following a tremor in August 2019, the Government announced a moratorium, forcing the firm to stop work. Since then, the site has lain derelict. Cuadrilla has now been ordered to spend £1million to plug the wells and leave.

Meanwhile, Nicola Sturgeon is coming under pressure from senior SNP colleagues to end her opposition to North Sea oil and gas. Following the Russian invasion of Ukraine and rising energy prices, there are concerns that a lack of development in the North Sea helps Putin.

By Steve Hilton, Former Director of Strategy for David Cameron for the Daily Mail

Europe’s dependence on Russia for around 40 per cent of the continent’s gas supplies isn’t some kind of natural phenomenon; it’s a conscious political choice.

But, by 2020, the positions had completely reversed, with Russia exporting nearly three times more gas than Europe produced. Why? Because, being in thrall to the green dogma that has captured the Establishment the world over, European countries cut back on fossil-fuel production.

Energy security was sacrificed on the altar of ‘decarbonisation’ – even if that meant reducing production and the storage of reliable lower-carbon energy sources such as natural gas, or most preposterously, a policy towards zero-carbon nuclear power, which meant it was completely shut down in Germany and left to atrophy in the UK.

Of course none of this is to argue against the environmental cause: After all, I was the author of David Cameron’s ‘Vote Blue Go Green’ message.

A sensible environmentalism, with a focus on conservation and a responsibly managed transition to cleaner energy – in particular one that protects consumers from soaring bills – is something most people would support. However, that’s far from what we’ve seen. 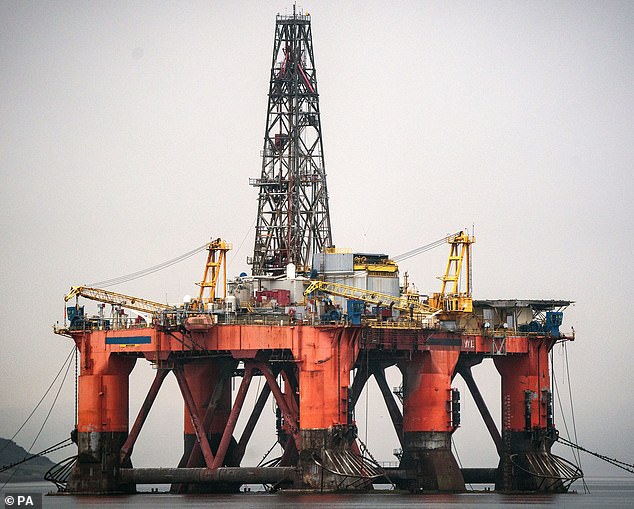 Europe’s dependence on Russia for around 40 per cent of the continent’s gas supplies isn’t some kind of natural phenomenon; it’s a conscious political choice

In truth, it’s even more cynical than that. Desperate to win the plaudits of green activists, these politicians recklessly cut back on their own countries’ energy production and filled the gap not with the much-vaunted ‘wind ‘n solar’ (both are too unreliable), but by importing dirtier fuels from other countries (such as Russia) that are unencumbered by the ‘climate’ zealotry relentlessly pushed by pressure groups and some in the media in the West.

Even more embarrassingly for our idiotic establishment, it turns out that those activists and their media campaigns have been funded by – wait for it – Putin! 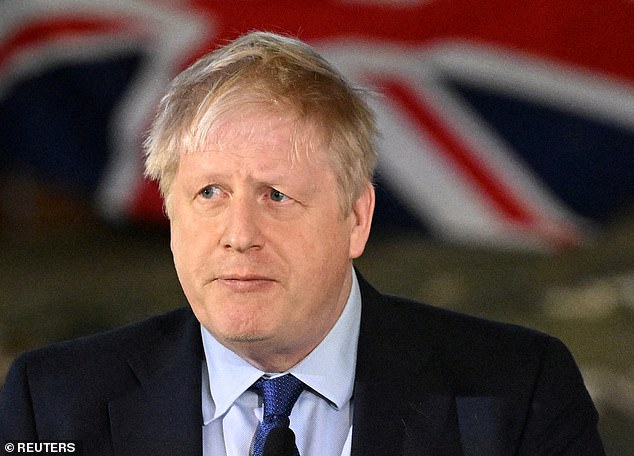 And, in the same year, former US Secretary of State Hillary Clinton spoke about ‘phony environment groups funded by Russians to stand against’ energy initiatives such as fracking. In sum, Western leaders handed Putin massive geo-political leverage by making their people dependent on his gas – and were responding to activist campaigns that he had partly funded. How utterly perverse!

And look where that leaves us today. Even as Putin unleashes hell on innocent Ukrainians; as we witness scenes of inhumanity of a nature and on a scale not seen in Europe since the Second World War…

Putin’s oil and gas now flows uninterrupted to Europe, while £500million flows uninterrupted every day from Europe to Russia to pay for it. After the invasion, the amount of Russian gas exported to Europe through Ukraine actually went up – by 38 per cent. The price has since risen further, adding to the money ending up in Kremlin coffers.

So, when our leaders say ‘we’re doing everything we can to help Ukraine’, that’s a lie.

Rather than weaning ourselves off Russia’s oil and gas, we are funding Putin’s war machine. And we’re doing so because a bunch of pompous politicians, puffed up with pretensions of saving the planet, wanted pats on the back from extremist ‘climate’ zealots. 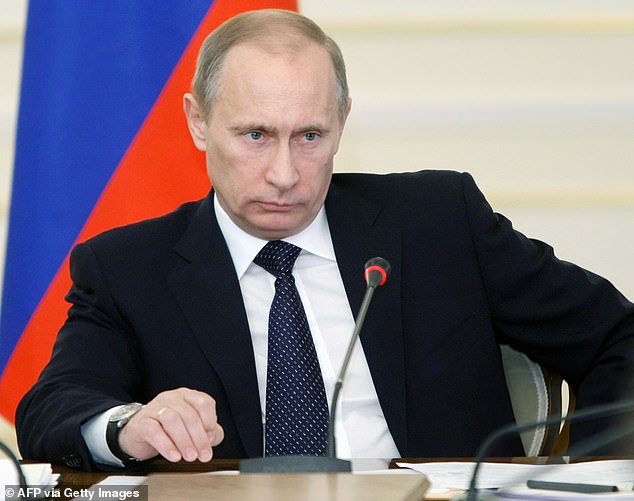 Rather than weaning ourselves off Russia’s oil and gas, we are funding Putin’s war machine

Ever since taking over the White House, President Joe Biden has fought a non-stop war on American energy production.

Under his predecessor President Donald Trump’s strong support for domestic natural gas production, the US achieved an enviable double whammy. It became self-sufficient (and, indeed, a net exporter for the first time in more than 70 years), as well as reducing carbon emissions.

By contrast, Biden has shut pipelines, withdrawn exploration licences, and most shockingly, at the exact moment he and his officials were talking up ‘massive sanctions’ against Putin if he went ahead with the invasion that they said was certain to happen, another part of Biden’s administration announced new regulations that would give Putin even more leverage over global energy supplies.

In the name of fighting climate change, Biden refuses to increase US production, which might give supplies to Europe to help it escape Putin’s energy stranglehold (as well as lowering prices for consumers in America).

Biden’s administration, instead, is begging Saudi Arabia and other members of the Organisation of the Petroleum Exporting Countries (OPEC) to produce more oil and are even finalising a revived Iran nuclear deal that will put Iranian oil into the world market. 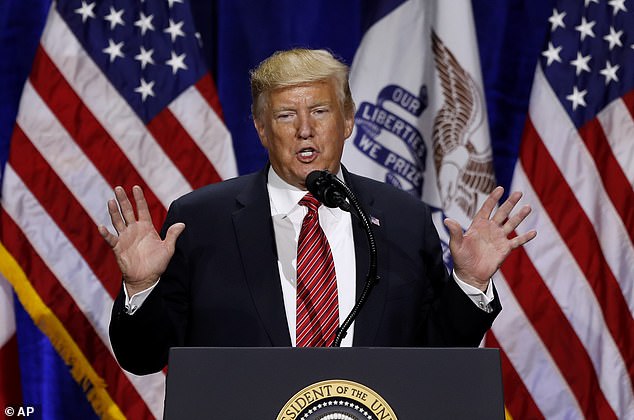 Under his predecessor President Donald Trump’s strong support for domestic natural gas production, the US achieved an enviable double whammy

The US President’s new ‘climate’ policy seems to be: Oil is good, unless it’s American. In normal circumstances this could be dismissed as mere political hypocrisy and double-speak.

But we’re not in normal circumstances. We’re in the middle of the most threatening conflict in Europe since 1945 and could be on the brink of nuclear confrontation.

It is therefore unconscionable that Western politicians are not doing everything in their power to stop Putin. Of course there is no guarantee that a total boycott of Russian energy would change this evil tyrant’s calculations. But it is truly revolting that our leaders are not even trying.

For all their noble words about standing up for Ukraine, their obsession with net zero and continuing willingness to pay Moscow £500million a day makes them Putin’s stooges and enablers of the horror unfolding before our eyes.