Three National Guard vans transporting COVID vaccines are held at gunpoint by ‘mentally disturbed’ man, 66, claiming to be a detective ‘who believed vehicles were carrying kidnapped mother and child’ 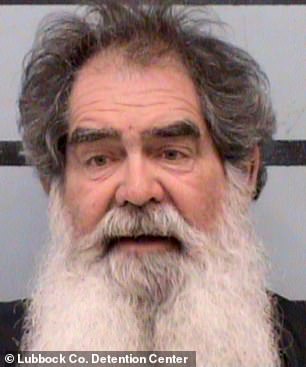 Larry Harris, 66, has been charged with aggravated assault, impersonating a public servant, unlawful restraint and interfering with Texas military forces

An Arizona man has been arrested in Texas after police say he held three National Guard vans transporting COVID vaccines at gunpoint because he was convinced the guardsmen inside had kidnapped a mother and child.

He remained jailed on bonds totaling $44,000 as of Tuesday afternoon.

According to the authorities, Harris first encountered the National Guard convoy at Love’s travel station in Lubbock and followed the vehicles for 10 miles, reported KAMC.

Idalou Police Chief Eric Williams said Harris made multiple attempts to run the caravan carrying the precious vaccines to Matador, Texas, off US 62/82, then used his truck to block their path and forced the 11 unarmed guardsmen out of the vans at gunpoint.

Harris falsely claimed that he was a detective and told the guardsmen that he needed to search the vans. 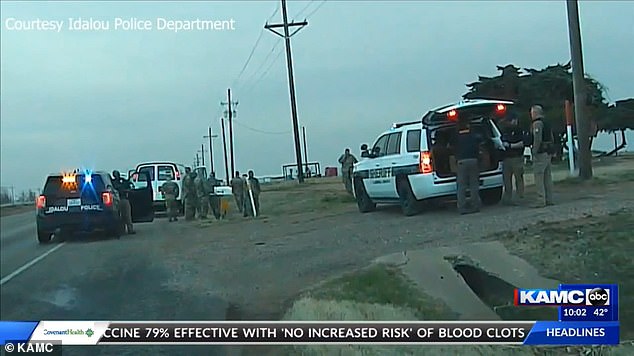 Harris is accused of following three National Guard vans carrying COVID vaccines for 10 miles and attempting to run the vehicles off the road, before ordering 11 unarmed guardsmen out of the vehicles at gunpoint on Monday

Williams said Harris, whom he described as ‘mentally disturbed,’ believed the occupants of the vans had kidnapped a mother and child.

While Harris, who was armed with a loaded pistol and had additional ammunition in his possession, was inspecting the vehicles in the convoy, one of the guardsmen called 911.

Police officers who responded to the scene took Harris into custody without incident and transported him to jail.

Williams told the station KCBD it does not appear that that Harris was after the vaccine doses when he pulled over the vans. 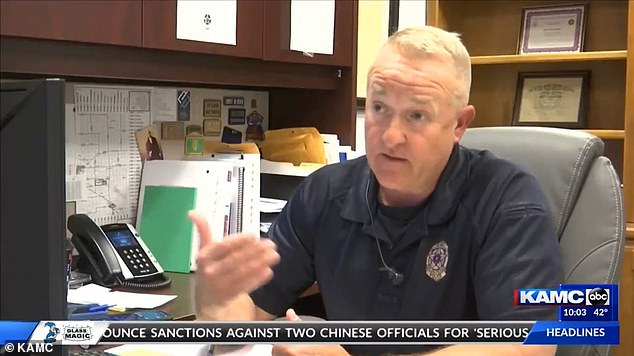 Following the delay, the vaccines safely reached their destination in Matador.

The police chief said he was thankful that no one was hurt in the incident.

NBC News reported that the US Department of Homeland Security is looking into this case and Harris could face additional federal charges.