Three-month-old baby girl dies after being savaged by dog in woods as woman, 40, and man, 54, are arrested

By Stephen Wynn-davies For Mailonline


A man and a woman have been arrested after a three month old baby girl died when she was attacked by a dog in the woods.

The horrific incident happened at Ostler’s Plantation, near to Woodall Spa, Lincolnshire, at about 11.15pm on Sunday.

A 40-year-old woman and a 54-year-old man have been arrested on suspicion of being in charge of a dog which was out of control, and remain in police custody, a police spokesman confirmed. 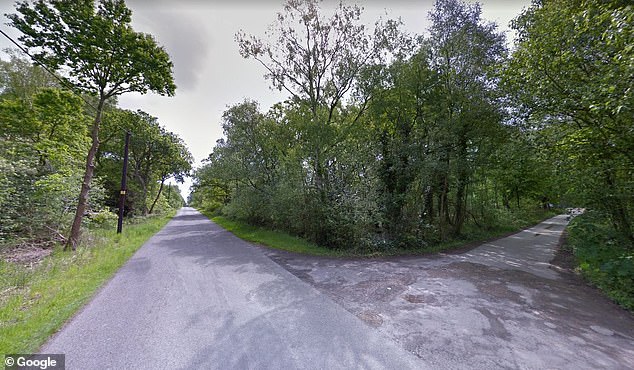 The horrific incident happened at Ostler’s Plantation, near to Woodall Spa, Lincolnshire, at about 11.15pm on Sunday

Police said the incident was reported to them by the East Midlands Ambulance Service.

Police have since opened an investigation into the death.

Chief Superintendent Andy Cox said: ‘This is an exceptionally sad incident, and one that we know will impact the local community, or indeed anyone hearing about it.

‘There may be a temptation to speculate about what happened while people attempt to understand this tragedy, and we’d ask people to avoid doing so, particularly on social media where facts can become distorted.

‘We will do everything we can to establish what has happened, and we’d like to thank everyone for their support.