Shane Warne’s curious love for the number 23 stems back to his teenage obsession with his AFL idol Dermott Brereton.

Warne, who died of a suspected heart attack on Friday night, proudly donned the number on his Australian jersey during his career as one of the best players to ever grace cricket.

His two homes in Brighton, in Melbourne’s south-east, both notably have a giant 23 painted on the bottom of each home’s swimming pool, visible on Google Earth.

Warne was also an ambassador for the ritzy Crown Casino nightspot that was named after his favourite number, Club 23. 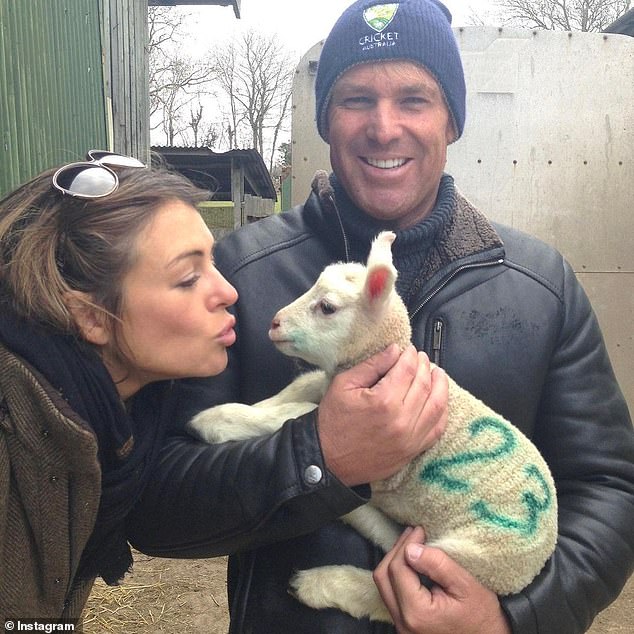 Shane Warne (pictured with former fiancee Elizabeth Hurley) loved the number 23 because it was also worn by his Aussie Rules idol, Dermott Brereton 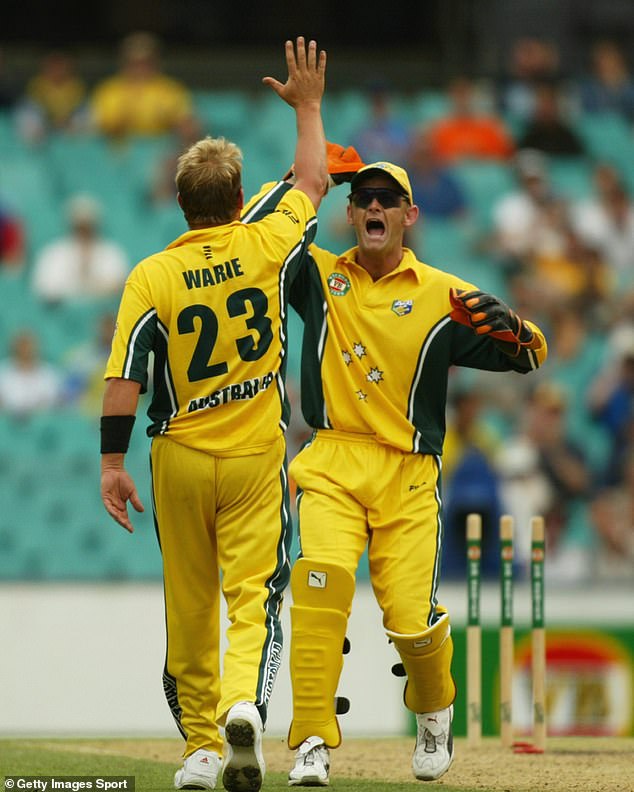 Warne (pictured celebrating a wicket with keeper Adam Gilchrist) proudly donned the number on his Australian jersey during his incredible career. Many people assumed the 23 was a tribute to Michael Jordan, but that’s not the case 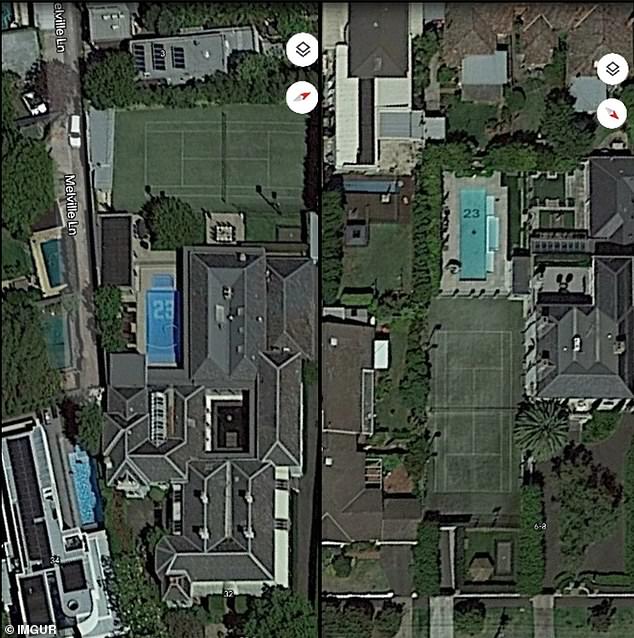 His two homes in Brighton, in Melbourne’s south-east, both famously have 23 on the bottom of their swimming pools 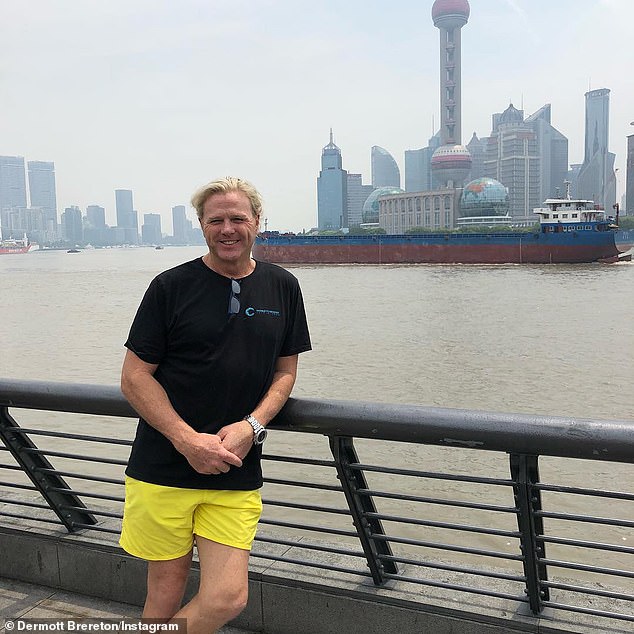 Warne’s close friend Darren Berry revealed his love for 23 came from Hawthorn great Dermott Brereton (pictured), who wore the number when he was a footy superstar in the ’80s

Many had guessed Warne’s obsession with the number was a tribute to basketball legend Michael Jordan, who also wore 23 during his career.

Twenty-three is often associated with the best players in a sport, including David Beckham who wore it when he played for Real Madrid and LA Galaxy. Beckham said he was an admirer of Jordan.

But Warne’s close friend Darren ‘Chuck’ Berry earlier revealed it was the spin king’s love of footy legend and AFL Hall of Fame star Brereton that sparked his interest with the number, the Hindustan Times reported.

Brereton had donned the number during his stint with Hawthorn, and Warne, who dreamt of playing in the AFL, was in awe. 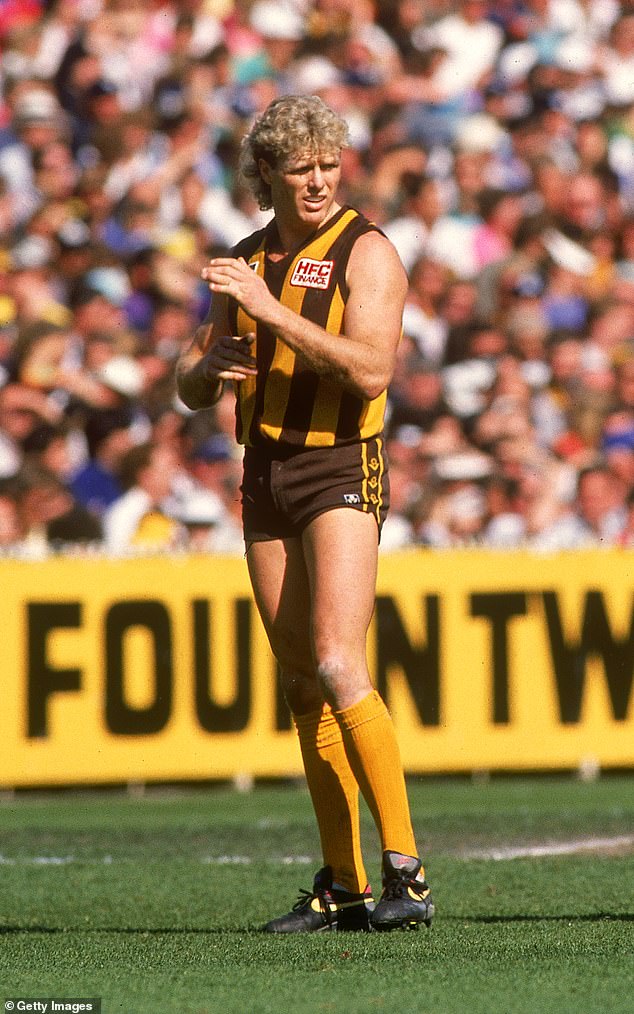 Despite being a St Kilda fan, Warne saw Brereton (pictured) as a hero when he won multiple premierships with Hawthorn in the ’80s and in 1991

It comes as Warne’s family now work to bring his body home to Australia following his death in Thailand.

Thai police have ruled out foul play and Australian government officials met with Warne’s friends in Koh Samui on Saturday night to discuss bringing his body home to Melbourne. 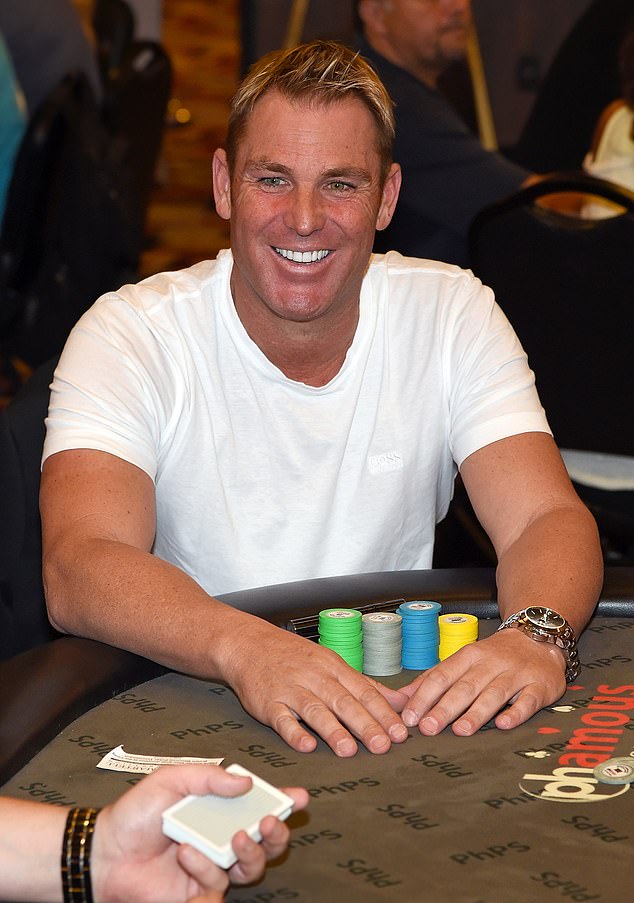