Speaking as he launched the new 200mph £200,000 Bentley GT Speed and celebrated record 2020 sales, he said there were signs of wealthy customers around the globe coming out of the pandemic with a ‘roaring Twenties’ mentality to spend now because ‘life’s too short’ and unpredictable.

Mr Hallmark said:’We are sensing from our customers a feeling of ‘life’s too short and unpredictable.

‘We are not seeing recessionary behaviour. What we are seeing resembles more a post-war boom

‘People have had their vaccinations and are coming out of lockdown thinking I don’t want to hang around.

‘It’s not reckless hedonism. But it is a sense of ‘let’s get it done.’

Bentley chief executive Mr Hallmark also said that preparations made for ‘hard Brexit’ disruption – which he was relieved never happened – had helped the firm deal with the unexpected Covid pandemic.

Bentley sold a record 11,206 cars in 2020 and broke even with a Euro 20 million profit despite, at one stage, looking like it was ‘heading for a three digit loss.’

It hoped to exceed that figure in 2021 – with China opening up as a big market. 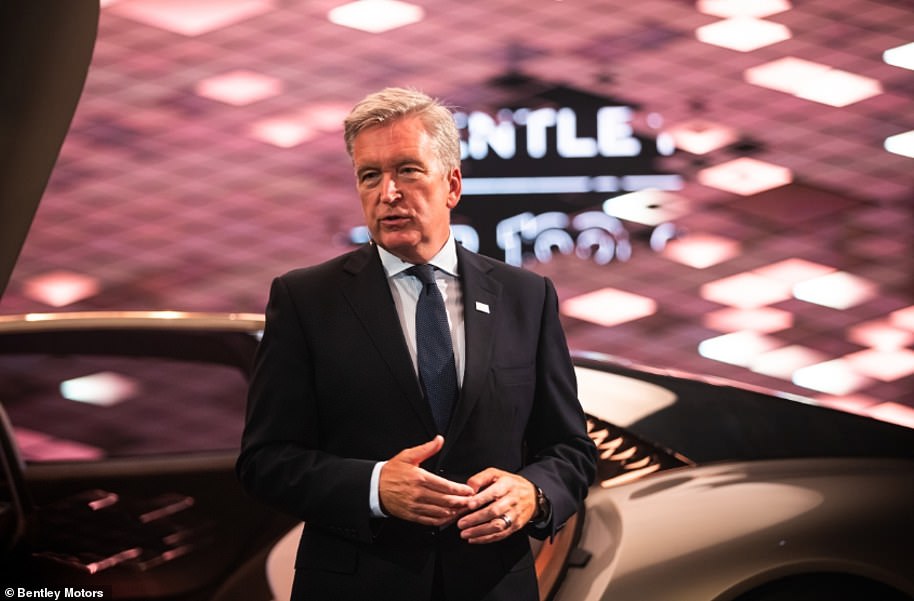 He added Bentley would this month mark the production 200,000th Bentley ever built – a Bentayga SUV hybrid. And more than 8 out of ten are still on the road.

Some 80,000 of that total are Contintinental GTs, the ‘pinnacle’ of which is the new GT Speed, he said.

But he predicted the Bentayga would in time overtake the record set by the Continental GT grand tourer.

Explaining how preparations made for Brexit – which passed of without incident – helped them cope with the unexpected Covid pandemic, he said: ‘ We prepared for the worst and hoped for the best.

‘We had six air freight planes booked to fly in parts. They weren’t needed for that’.

Bentley’s order book at the beginning of this year was 30 per cent higher than it was in 2020, which was itself a record year, he said.

As the firm embarged on its electrification plans, he conceded the coping with Covid had been a challenge – but they had succeeded :’It has been a tough year, for people personally and for the business.

‘But we were already set up to deal with a hard Brexit – which thankfully never happened – so that helped.

‘All the things we prepared for Brexit helped us cope when Covid hit.

‘To still hit record sales and break even with a profit is astounding.’

Of the company’s ambition electrification programme to have a first electric model by 2025 and electrification across the range by 2030, he said: ‘The strategy is bold, but it is achievable. We want to signal to the world we are ready for change for the next 100 years.’

Around 6 out of 10 Bentley customers say they would consider an electric Bentley.

He also believed carbon-neutral e-fuels had a future because many petrol powered vehicles will still be on the road for decades.

Most cars have a lifespan of 20 years from the year of registration, so there will still be millions on the road until the 2050s.