A group of 29 migrants was intercepted by border patrol agents while they crossing the Rio Grande River from Mexico to United States and were forced to turn back.

According to U.S. Border Patrol Laredo Sector, the asylum seekers were trying to reach the river’s shore in south Laredo, Texas, on Wednesday night when a marine unit patrolling the area noticed them.

The migrants then returned to Mexico without incident, and none were apprehended or detained by Border Patrol officers. 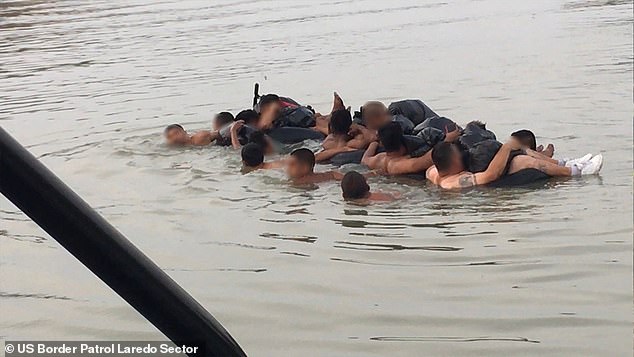 U.S. Border Patrol Laredo Sector announced that 29 migrants were forced to return back to Mexico after a marine unit stopped them from reaching the Texas shore of the Rio Grande River on Wednesday 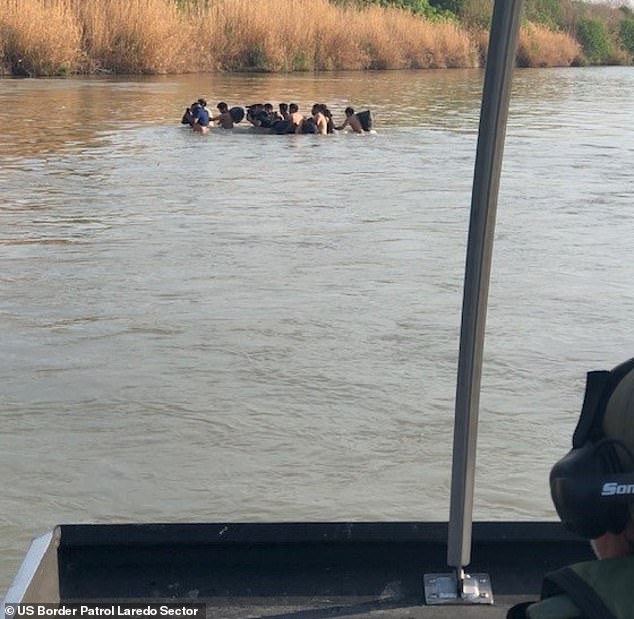 A group of migrants saw their chance at illegally migrating to the United States thwarted by a marine unit from the U.S. Border Patrol Laredo Sector on Wednesday

The Laredo Sector’s marine unit provides vigilance along 136 miles spanning the Rio Grande River between Mexico and the United States. The border area covers the U.S./Mexico border in Texas to the state lines of Oklahoma and Arkansas.

The marine unit has prevented over 1,600 people from crossing the Rio Grande River during the current fiscal year. More than 760 migrants have been apprehended since October 1, 2020.

The crisis at the southwestern border worsened during the last nine months of former President Donald Trump in office and continued to spiral out of control after President Joe Biden succeeded him in January. 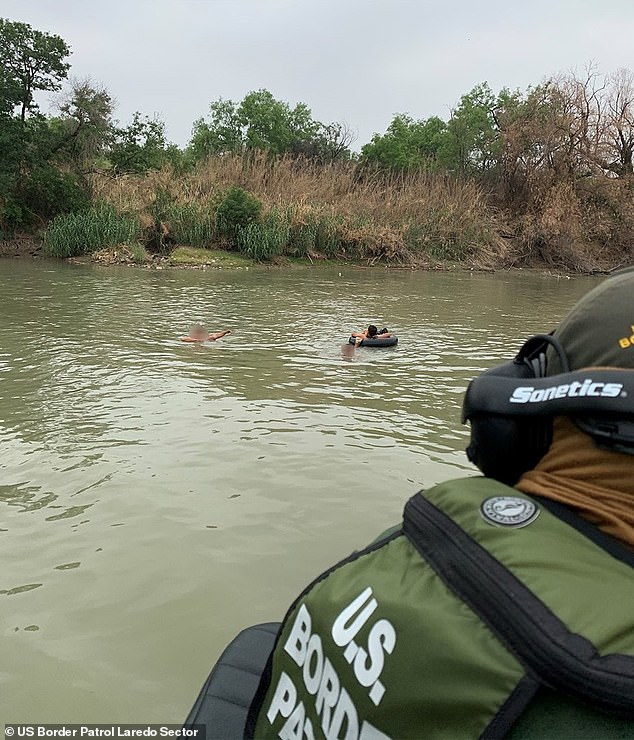 Migrants trek back to Mexico across the Rio Grande on Wednesday after they were spotted by a marine unit from the U.S. Border Patrol Laredo Sector 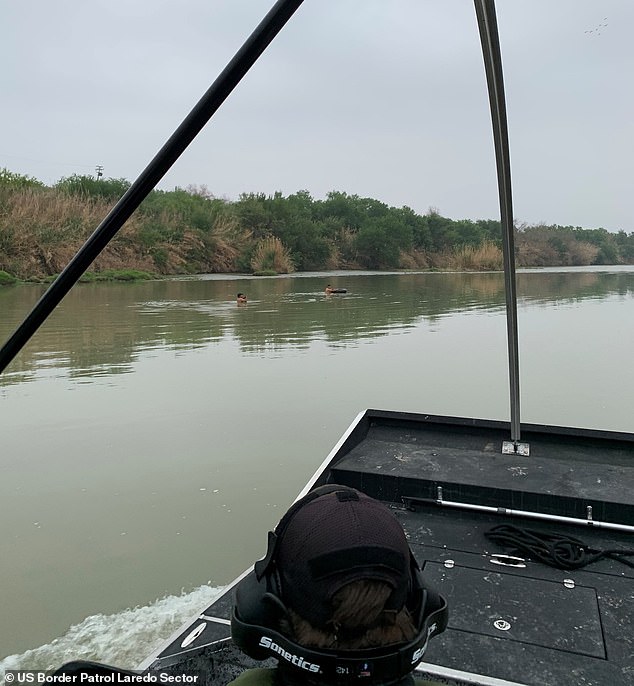 The Laredo Sector marine unit has prevented over 1,600 people from crossing the Rio Grande River during the current fiscal year. More than 760 migrants have been apprehend dating back to October 1, 2020

Data released by U.S. Customs and Border Protection on April 8 showed showed a 70% increase in border encounters for March at the southwest border – a 20-year record high.

Vice President Kamala Harris said Wednesday that she is planning to visit Mexico and Guatemala soon as part of her plan to use diplomatic efforts to slow migration to the U.S.-Mexican border.

President Biden moved away from Trump’s hardline immigration approach by promising to develop a plan that will grant citizenship to 11 million undocumented immigrants living in the United States as of January 2, 2021.

Biden tabbed Harris with the job of leading U.S. efforts with Mexico and Central America’s Northern Triangle countries – Honduras, El Salvador and Guatemala – to stop migrants from illegally crossing into the United States.

‘Our focus is to deal with the root causes, and I am looking forward to traveling, hopefully as my first trip, to the Northern Triangle, stopping in Mexico and then going to Guatemala,’ Harris said.