A man has been woken by a frightening natural alarm clock – the eight hairy legs of a huge huntsman spider.

The Australian man, posting to Reddit, said his partner somehow managed to sleep through his expletive-ridden ordeal.

‘Old mate fell on my face as I was waking up’, the man captioned the image.

‘Some colourful language and then released outside.’ 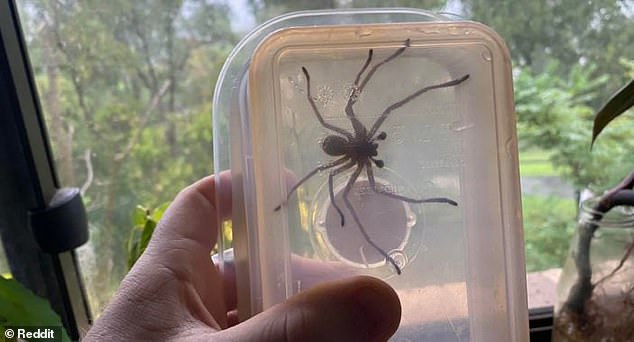 A man has been woken by a frightening natural alarm clock – the eight hairy legs of a huge huntsman spider.

The arachnophobe’s nightmare happened on Monday morning when he had just woken up and was playing around on his phone.

‘So I was laying in bed playing on my phone when I noticed something move,’ he said.

‘Old mate was crawling along the roof and then moved under the fan.’

‘I was thinking to myself: ‘At least if he falls he will hit the fan and not me’… then he promptly moved out of the fans reach and fell straight on top of me!’

The man said despite his loud reaction and excessive swearing his partner managed to sleep through the entire ordeal.

‘My partner managed to sleep through the whole thing, she still has no idea!’

The man confirmed he scooped the huntsman up in a plastic container and took him outside. 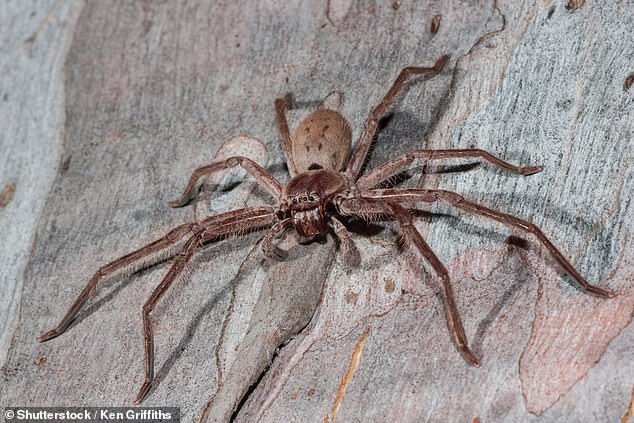 Several Reddit users reacted to the story with the appropriate level of horror, with many saying the situation was their greatest fear.

‘I would be dead. My heart would explode from sheer terror,’ one user replied.

‘Nature’s alarm clock. Bet you were wide awake in no time,’ another Reddit user commented.

The man confirmed he was in fact ‘more awake then I’d like to be for a Monday off’.

Huntsman spiders are not venomous and despite a painful bite cannot kill a human.