Two police officers are lucky to be alive after a wheel flew off a truck in front of them and smashed into their windscreen.

The pair were travelling at more than 100km/h along the Pacific Motorway on the Gold Coast near Helensvale about 11.45pm on Monday.

The wheel destroyed the windscreen of the police van, showering the two cops in glass but they were both uninjured. 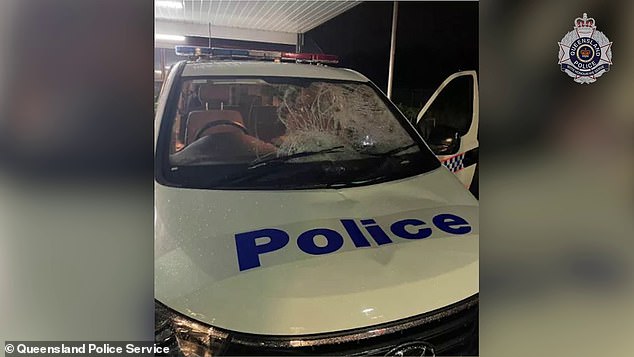 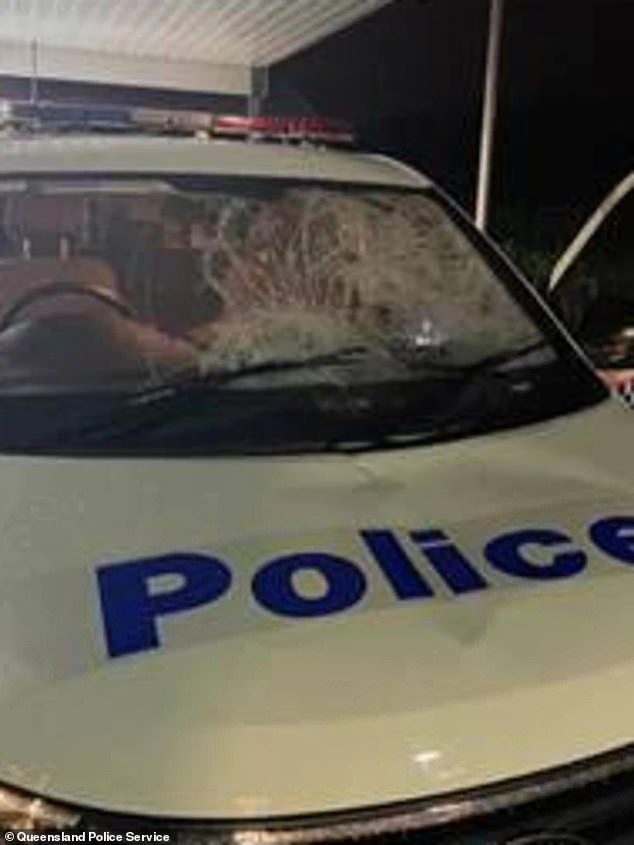 Queensland Police released footage of the aftermath showing the full extent of the damage.

It shows that the height of point of contact between the van and the wheel means the wheel must have flown into the air once it left the vehicle ahead before hitting the van.

The vehicle that owned the wheel did not stop and was not identified.

Police are now searching for the driver of the vehicle who was travelling through the Helensvale area.

Anyone who may have witnessed or have dashcam of the incident is urged to contact police. 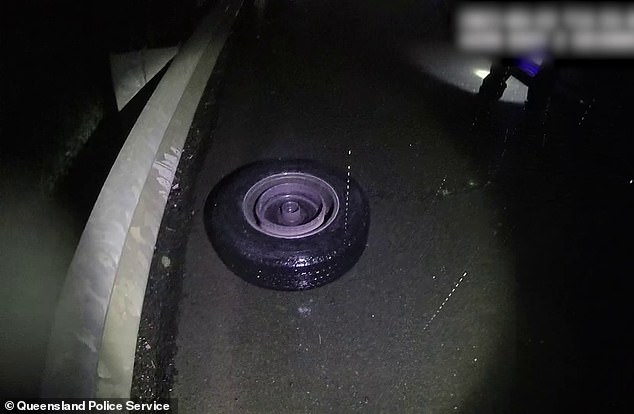 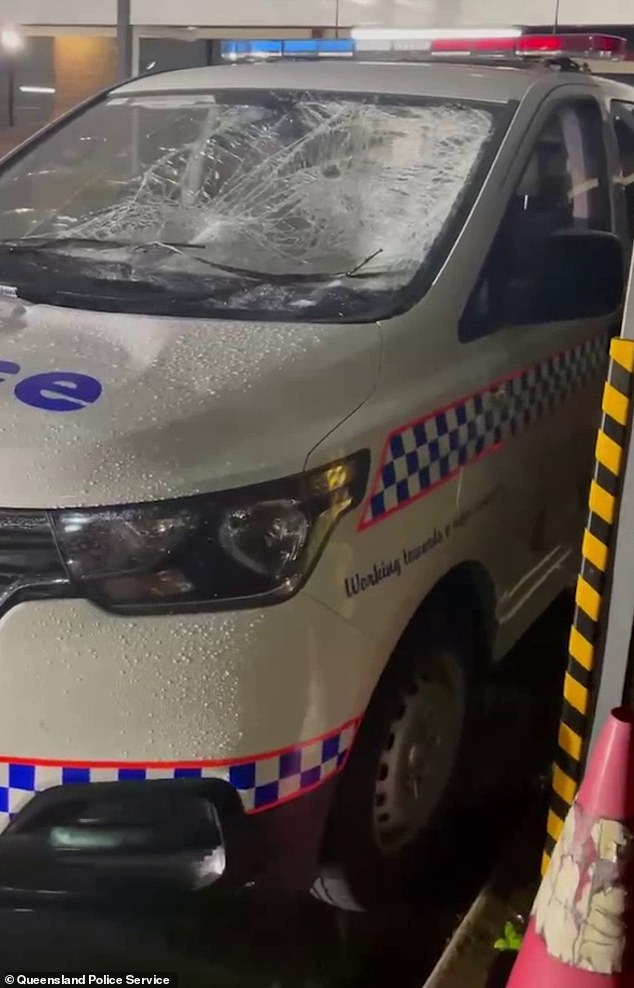