By Charlie Coë and Alana Tindale For Daily Mail Australia

A thieving emu that ate a woman’s $550 Tiffany & Co earring when she took a selfie has an extensive history of pinching jewellery from unsuspecting zoo visitors.

The flightless bird named Bert took the earring from mother-of-two Ashna Ali during a trip to Sydney Zoo in the city’s west – with attempts to retrieve it from the emu’s droppings proving fruitless.

The emu could even be seen eyeing up the hoop earring in a selfie moments before making its move.

More of Bert’s victims have since come forward with videos of his antics filmed just weeks before the encounter with Ms Ali. 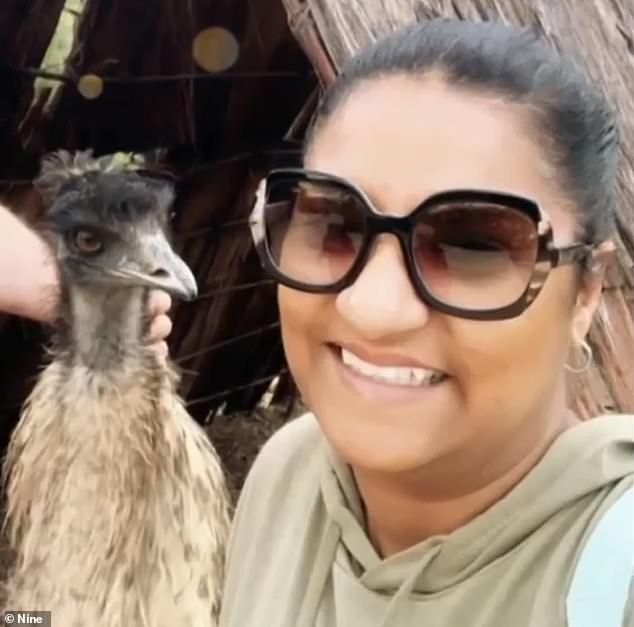 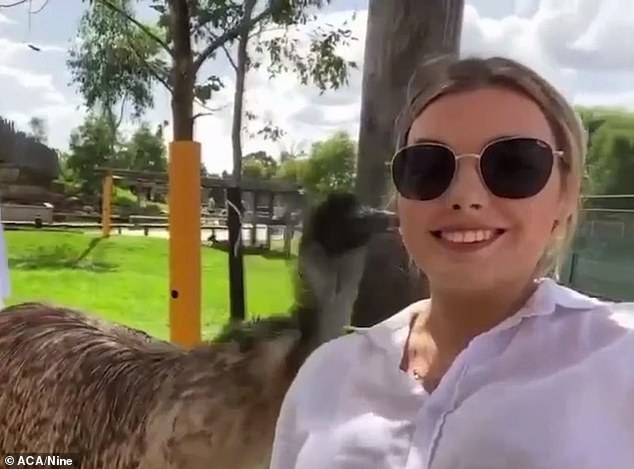 One video showed the emu closing in on a zoo visitor called Kate as her boyfriend filmed her smiling in front of the mischievous bird, A Current Affair reported.

Her partner cut the video off at the moment the emu leaned in to steal the jewellery.

Photographs from January meanwhile showed witnesses in fits of laughter as the emu held a woman’s earring in his beak.

‘No, I know you like my black backpack, but this is ridiculous,’ the victim said.

Bert has since been confined to his pen to stop any further cases of stolen property.

Ms Ali’s ‘fun day out’ was ruined by the brazen burglary, but luckily the ‘offender’ was easily identifiable as Ms Ali had taken several pictures to show zoo staff. 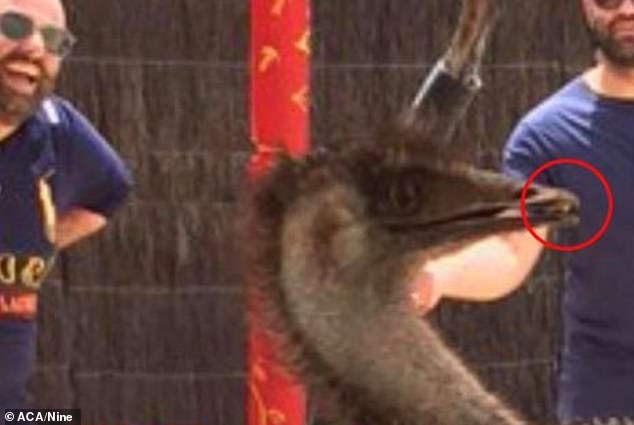 ‘I thought I better get a full body shot in case I needed it,’ she said.

Ms Ali reported the attack to the zoo who asked for a week to obtain the earring. 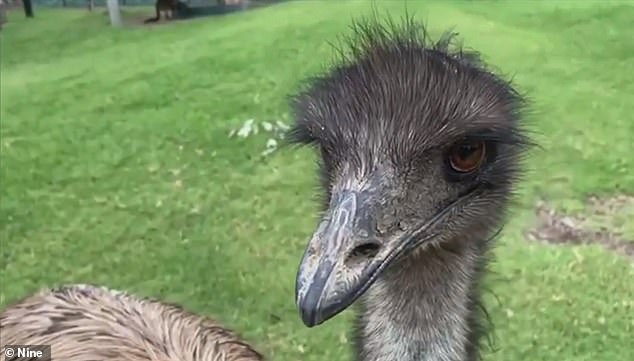 Bert failed to poop out Ms Ali’s hoop, with Sydney Zoo in the city’s west now paying for a replacement

Over the next week, an unnamed zoo staff member sifted through Bert’s poo to try and locate the hoop but was unsuccessful.

‘It will actually digest the earring, and that’s why it hasn’t turned up,’ said Mr Rivett.

‘Rest assured the bird’s fine, in the wild they would eat rocks and all sorts of material.’

The zoo contacted Tiffany’s and is paying for a replacement earring for Ms Ali.