Modern slavery laws will be overhauled amid fears they have become a ‘get out of jail free’ card for criminals, it can be revealed today.

Currently, anyone accused of committing an offence cannot be found guilty if they claim they were forced into it through ‘slavery or exploitation’.

And the number of suspects using this loophole is rocketing – prompting the move to shake up the law.

‘Modern slavery has become the de facto excuse in all kinds of criminal cases,’ a Government source said. ‘It’s also being deployed by lawyers in problematic immigration cases. We are seeing a lot more of it. We now expect the legislation to be reformed.’

In an increasing number of cases, suspects arrested by police will claim they have been trafficked, exploited or forced to work in crime by gangs. 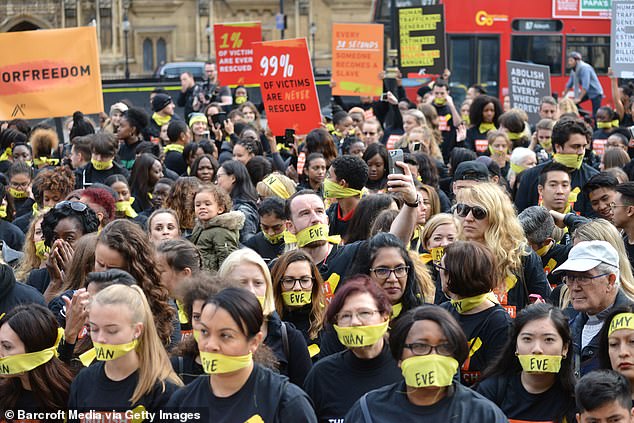 Currently, anyone accused of committing an offence cannot be found guilty if they claim they were forced into it through ‘slavery or exploitation’. Pictured: People marching against modern slavery in London in October 2017

Many claim they have been threatened into committing crime, forced to work as a prostitute or simply made to work for little or no pay. There was even a case last month in which a terrorist trial was thrown out due to a modern slavery claim.

The 16-year-old defendant – the youngest girl ever charged with a terror offence in the UK – claimed she had been sexually exploited and groomed online.

Last night a Government source said the current legislation from 2015 – created by ex-prime minister Theresa May when she was home secretary – was becoming a big problem in criminal and immigration cases.

The most recent figures – for January to September last year – showed there had been 9,393 cases during that period alone. 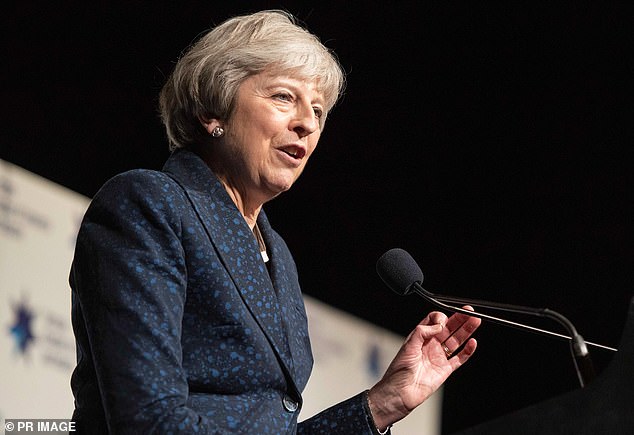 The total includes British nationals – one of the largest groups – as well as foreigners, and will include those who were genuine victims as well as suspected criminals.

However, figures obtained under freedom of information laws show some police forces have seen large increases in the number of suspected criminals who have been referred to the NRM.