The sister of one of the youngest healthcare workers to die from coronavirus is following in her footsteps to become a nurse – and now works on the same ward.

Before the mum-of-three died she begged her younger sister Kazeema Afzal to ‘follow in her footsteps’ and train as a nurse.

Almost a year to the day since she died, Kazeema, 33, has qualified as a healthcare assistant and now works on the same ward her sister used to be on. 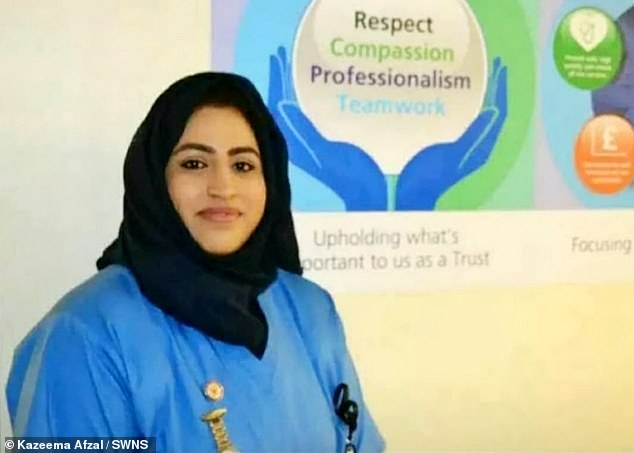 Kazeema, from Walsall, said: ‘Shortly before she died, she said to one of the nurses, ‘Is my sister still outside?’

‘She said “yes” and Areema said “please look after her and make sure she works hard because I really want her to follow in my footsteps”.

‘That was the last thing she said before she was put on the ventilator. I waved at her and then she went out with the nurse.

‘The last time I saw her through a window was April 1, then I saw her on FaceTime the day she died on April 4. 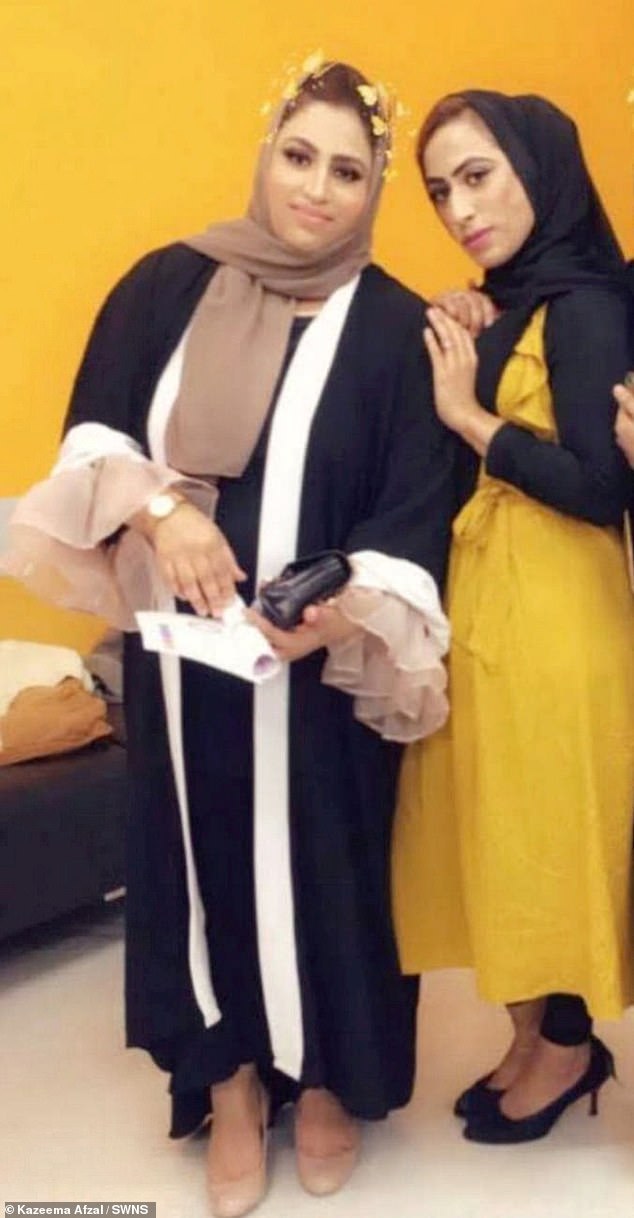 Sisters Areema Nasreen (left) and Kazeema Afzal. The heartbroken sister of a nurse who died from coronavirus is fulfilling her last wish by following in her footsteps 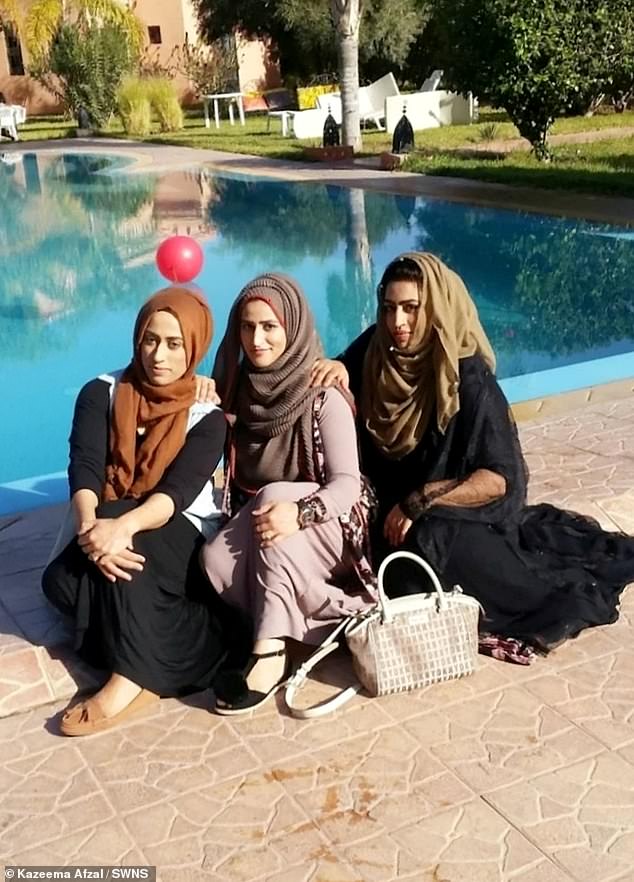 Kazeema Afzal with sisters Ash and Areema Nasreen (left to right). She died in the arms of her husband Fasil Pahseen, 40, as the rest of her family watched on FaceTime

‘I think the most horrible thing from all of this is seeing your loved one die on a phone.

‘I just can’t get my head around that. I remember saying “please don’t stop, don’t give up on us”.

‘They really did try.’

Now Kazeema, who has three children herself with husband Arshad, 36, is a healthcare assistant in the acute medical unit at Walsall Manor Hospital.

This week she will begin an apprenticeship at Walsall College in order to get a nursing qualification. 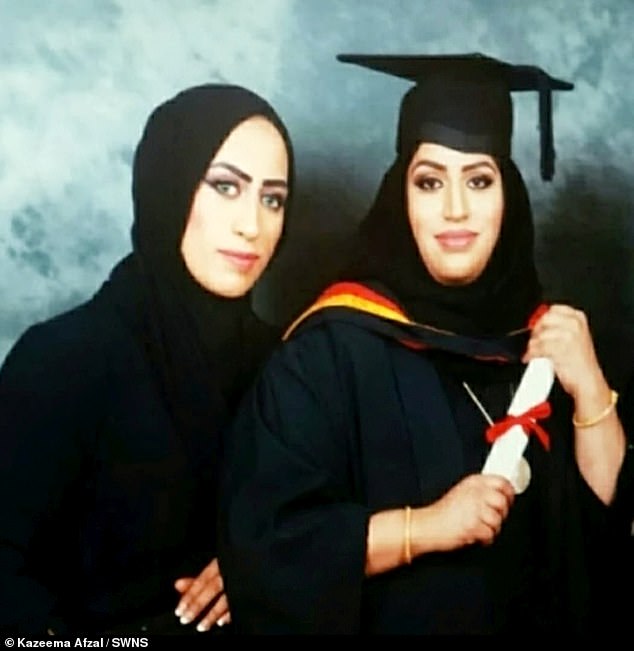 Kazeema Afzal (left) with sister Areema Nasreen.  Mum-of-three Areema was one of the youngest NHS frontline workers to succumb to the deadly bug last year

She added: ‘Knowing how much a career and education meant to her, she wanted to pass it on to so many and inspired so many.

‘She knew I would do it and haven’t stopped since she passed away.’ 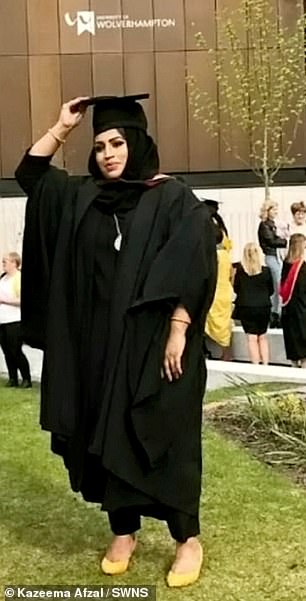 At the time of her death, Areema was the youngest NHS frontline worker to succumb to the deadly bug.

She first tested positive for the virus after developing a soaring temperature, body aches and a cough.

Over the next few days her condition rapidly deteriorated until doctors were forced to put her on a ventilator to help her breathe.

She finally died in the arms of her husband Fasil Pahseen, 40, as the rest of her family watched on FaceTime on April 4.

Kazeema said she first noticed her sister was ill on March 20 when she asked her to join a shift at the hospital.

She said: ‘That day she was really tired, but because she was moving house we thought she had overdone it.

‘She was never ill.

‘She kept on working because we didn’t know they were Covid symptoms.’

After returning home that night, her family were so concerned they called an ambulance and Areema was rushed to hospital.

Kazeema said: ‘A day later in the middle of the night she sent me a message from her saying ‘Kaz, please come’. 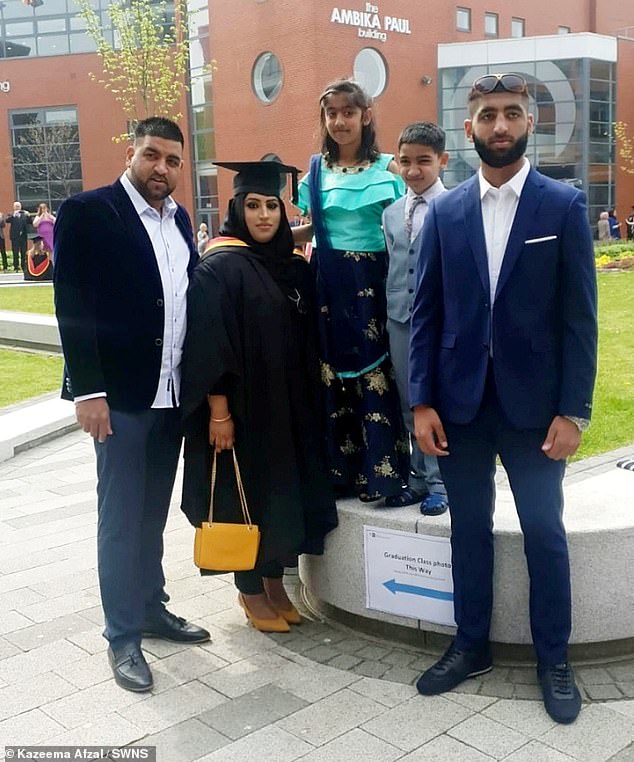 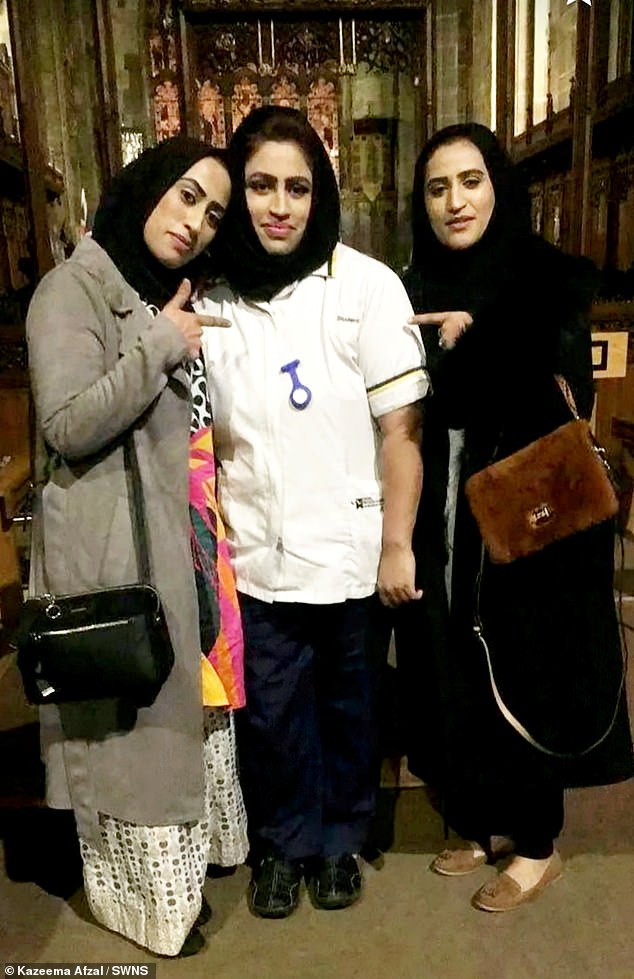 (left to right) Kazeema Afzal with sisters Areema Nasreen and Ash. Kazeema last spoke to her older sister when she was about to be ventilated

‘I live behind the hospital, only three minutes away. I ran and that run felt like ages, I was running for ages.

‘When I got on the ward, I was told to put PPE on and prepare myself before going in.

‘I said “what are you on about? She has only just gone in”. The nurse said ‘I know but she is really poorly now’.

‘I had never seen someone so out of breath, she couldn’t breathe.’

Areema spent eight days on a ventilator but despite initially improving, doctors believed she contracted coronavirus for a second time. 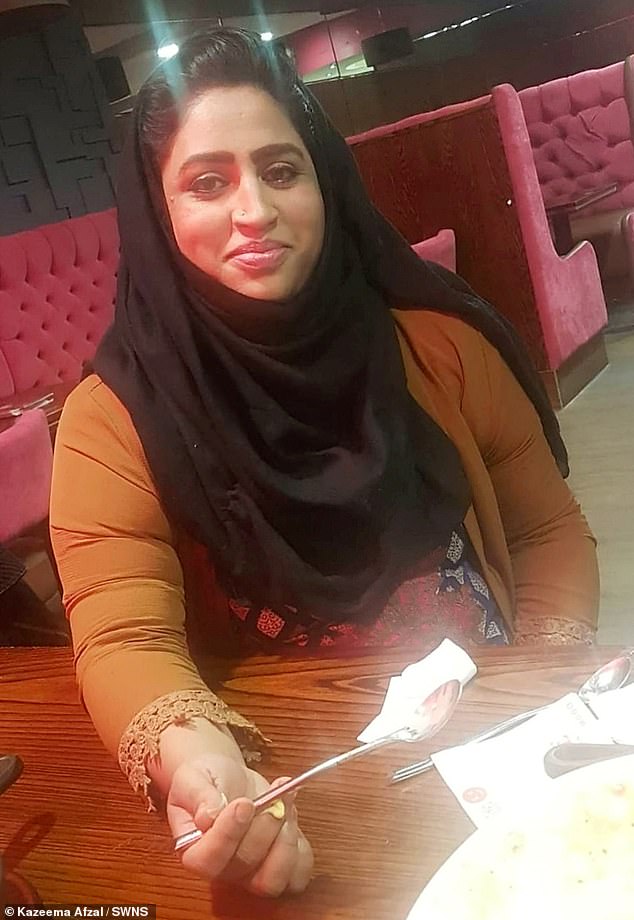 Areema Nasreen. Areema spent eight days on a ventilator but despite initially improving, doctors believed she contracted coronavirus for a second time

Kazeema said: ‘She was tested when she was admitted and three days later the positive result came.

‘They said she had got Covid again and her temperature had gone over 40.

‘They couldn’t get it down and days later she died.

‘Since her death, I have not stopped working, I don’t like being at home.

‘I’m so grateful for working on her ward, you feel her everywhere.

‘I want to make her proud of me and training to follow in her footsteps has really helped me keep her with me.’

Since Areema’s death, a scholarship has also been launched to fund degrees in nursing for people who dream of a career in healthcare but cannot afford the fees.