A nostalgic black-and-white photo of Shane Warne and his daughter Summer posted by her on Instagram three years ago is attracting tributes to the cricketing legend.

Another posted ‘much love to you and your siblings and family. Lost for words’.

The photograph shows Summer Warne in a white dress with her father Shane dressed in a black T-shirt and shorts smiling broadly at the camera.

Posted in early 2019, Summer Warne wrote at the time ‘cute flick with the father @shanewarne23’ with a heart emoji.

Summer Warne is Shane Warne’s youngest child by his former wife, Simone Callahan, to whom he was married between 1995 and 2005, and has two older siblings, Brooke and Jackson.

When Summer completed Year 12 in 2020, Warne posted a lengthy Instagram post with a photo of Brooke, then aged 23, Jackson, 21, and Summer, 19, in her school uniform, saying ‘Wow. What a day! All three of my beautiful children have now completed year 12’.

Summer Warne, now aged 20, posted the photo of her with father Shane three years ago, which is now attracting tributes online by fans of the cricketing legend 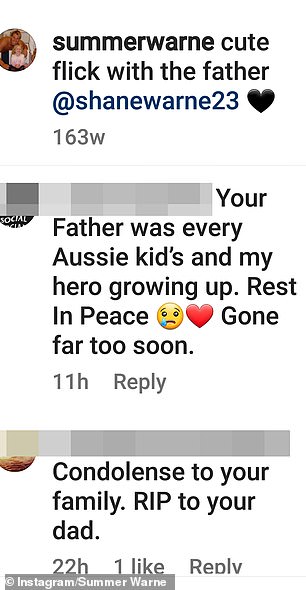 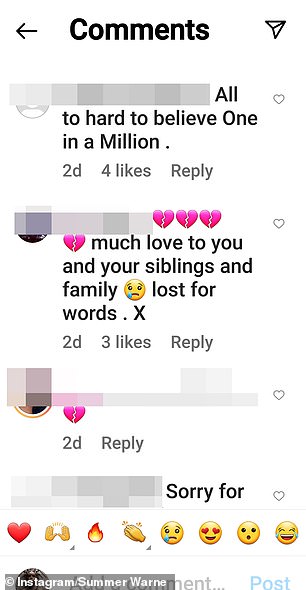 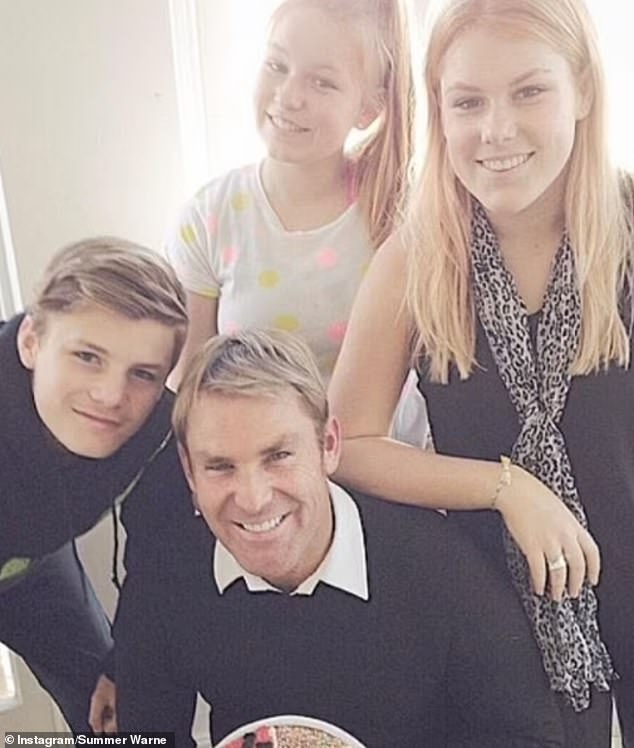 Saying he was emotional about the milestone, Warne posted, ‘Sort of sad too as they were fun times and will be great memories for all of us.

The father-of-three concluded: ‘So proud of the young awesome adults you’ve become!’

Summer Warne, sister Brooke and brother Jackson, are believed to be spending time at their mother Simone’s home in the southeastern Melbourne suburb of Somers.

The siblings are reportedly been ‘in complete shock’ since their 52-year-old father’s sudden death in Koh Samui, Thailand on Friday evening.

Jackson Warne, 23, told his father’s long-time manager James Erskine at the weekend that he and 24-year-old Brooke and Summer, 20, ‘expect him to walk through the door’ any moment. 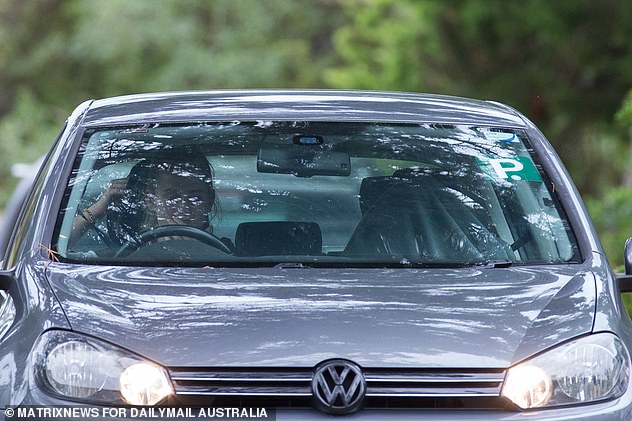 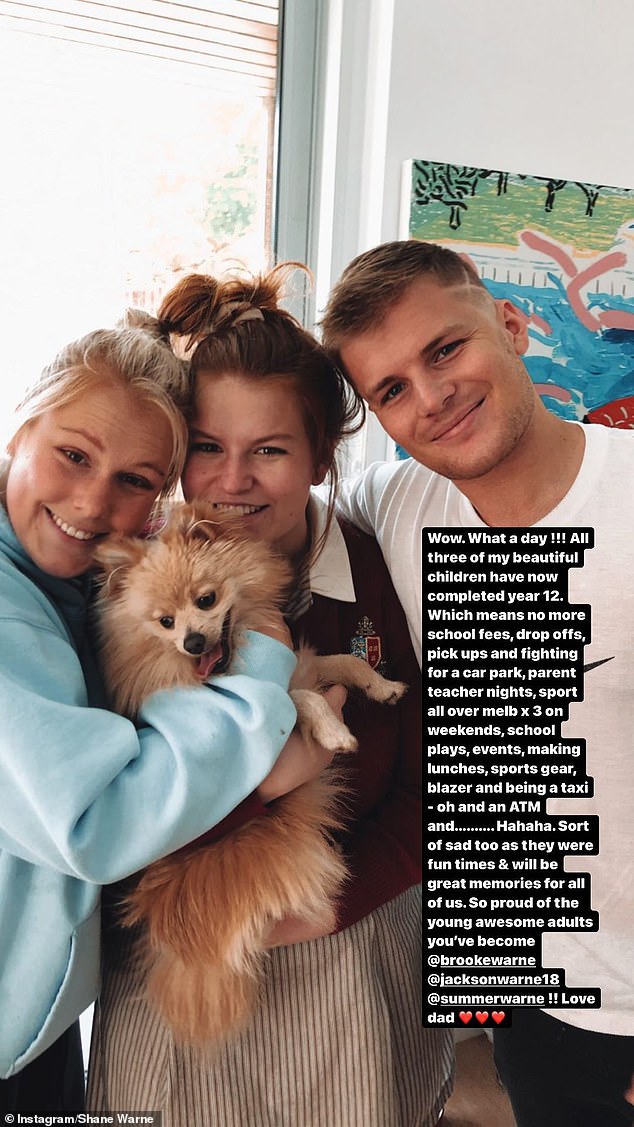 ‘This is like a bad dream,’ Jackson told him.

‘I think the three children are in complete shock,’ Erskine said on Channel 9’s Today show.

Erskine said Warne’s children are ‘having a much harder time than anybody’ after the 52-year-old’s death.

Simone Callahan is also said to be ‘really upset’ at the thought of her children having to move on without their beloved dad.

In 2021, Jackson opened up about his relationship with his iconic father, noting he only saw him as ‘dad’ and not as a sporting legend like most others. 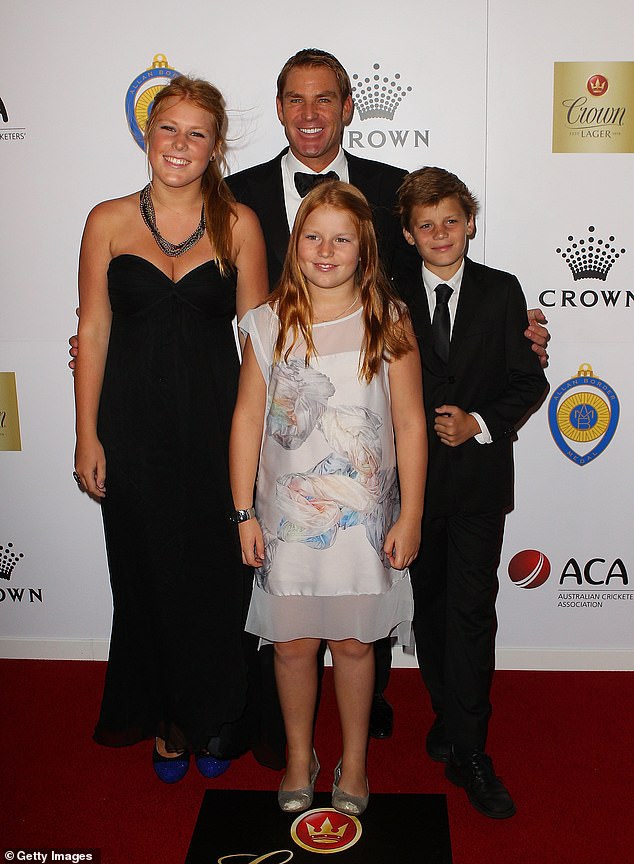 Shane Warne’s kids, Brooke, Summer and Jackson, (pictured with him a decade ago at the 2012 Allan Border Medal awards) are said to be in ‘complete shock’ after his sudden death in Thailand 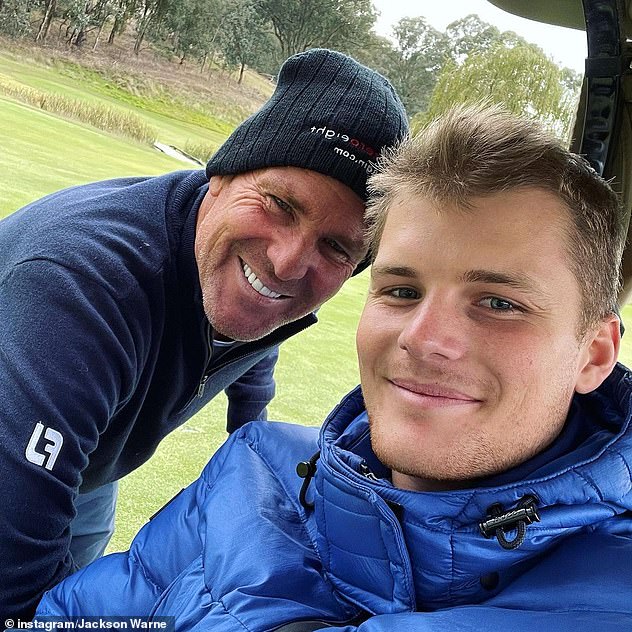 When Jackson sensationally exited from the TV program SAS Australia in 2020, he revealed how he broke down in tears hearing his father’s voice after being separated from him for the duration of the show.

‘When I was doing the self isolation in Jindabyne I probably had only spoken to him three times so I saw his face pop up and it all came out,’ Jackson said, adding that hearing his father Shane speak ‘overwhelmed’ him with emotion.

‘I had the biggest cry I had in five or six years,’ Jackson said at the time.