Scott Morrison has slammed China’s attempt to blame Australia for a Chinese navy warship pointing an industrial laser at an RAAF plane, saying ‘the facts are very clear’.

Beijing has rejected any blame, claiming its ship was in international waters and it was the Australian plane that was acting dangerously.

‘We urge Australia to respect the lawful rights that China’s vessels are entitled to in relevant waters under international law and stop maliciously disseminating China-related disinformation,’ a Chinese foreign ministry spokesman claimed.

The prime minister firmly rejected Beijing’s accusation that Australia was just slinging dirt and that the Chinese vessel was so close to Australia’s coast it could have been seen from the shore. 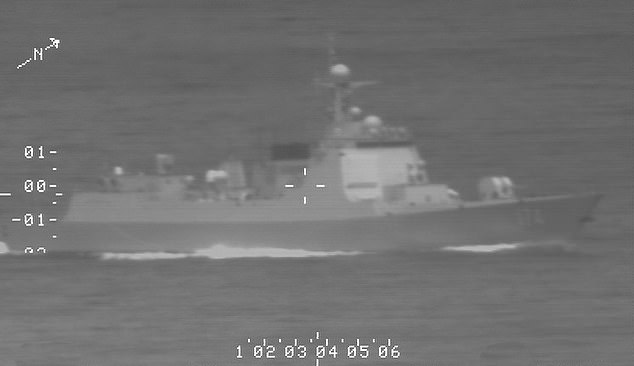 ‘The facts are very clear. There was a Chinese naval vessel in our exclusive economic zone, and it pointed a laser pointer at an Australian surveillance aircraft. That’s what happened,’ Mr Morrison said.

The Chinese vessel, along with another People’s Liberation Army navy ship, was sailing east through the Arafura Sea between northern Australia and western New Guinea at the time of the incident.

The RAAF P-8A Poseidon maritime patrol aircraft was in Australia’s EEZ off the Top End when the laser was pointed at it.

Mr Morrison said China must explain what it was ‘doing undertaking such a reckless act, for what’s supposed to be a professional navy. There’s no explanation that Australia has to give here.’

The PM said Australia’s surveillance planes had ‘every right’ to be in the EEZ ‘and keeping a close eye on what people are up to’.

He said the action should not just be dismissed by China, but he was not confident that any explanation would be given.

‘But what I do know is that’s what occurred and I’ll call it out,’ Mr Morrison said. ‘We make no apology for where our surveillance aircraft are, looking after and protecting Australia.’ 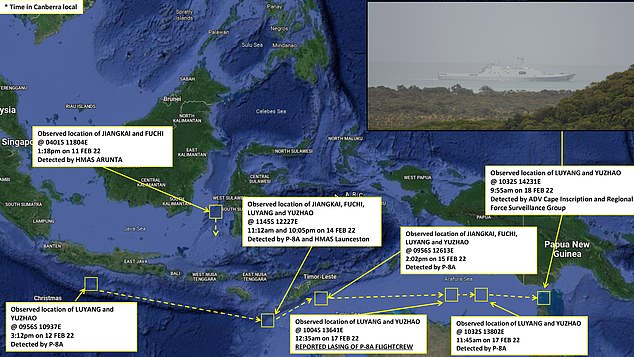 The vessel was in the company of another Chinese ship and sailing east through the Arafura Sea at the time of the incident. Pictured is the defence department’s trace of their movements 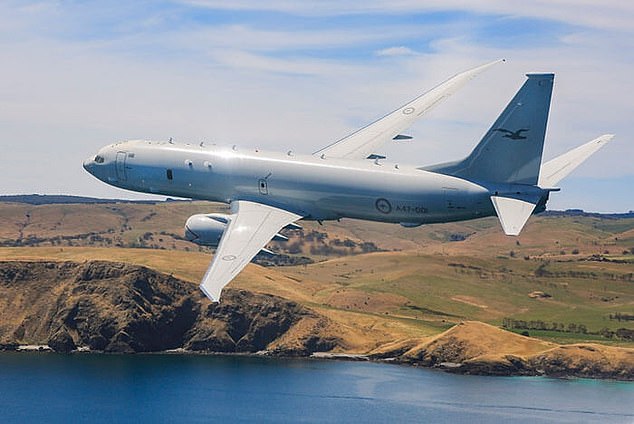 With each side casting blame on the other, an Australian defence expert said the incident was far more serious than people may realise, and that someone could have been blinded by the laser.

Professor John Blaxland from the Strategic and Defence Studies Centre at the Australian National University called it ‘military intimidation’.

He said while China did this before to Australia and the US in the South China Sea, it has never happened this close to Australia.

‘From what we can ascertain, this is the closest an attempt at military intimidation by China has gotten to our shores,’ Professor Blaxland wrote in The Conversation.

What is an Exclusive Economic Zone?

The Exclusive Economic Zone (EEZ) is an area beyond and adjacent to the territorial sea with a 200 nautical mile limit.

‘In the EEZ, Australia has sovereign rights for the purpose of exploring and exploiting, conserving and managing all natural resources of the waters superjacent to the seabed and of the seabed and its subsoil together with other activities such as the production of energy from water, currents and wind.

‘Jurisdiction also extends to the establishment and use of artificial islands, installations and structures, marine scientific research, the protection and preservation of the marine environment, and other rights and duties.’

‘This is also not a tactic known to have been used by Australia against other nations’ naval vessels, particularly not close to or within China’s exclusive economic zone. So, this seems to be an escalation.’

Professor Blaxland also spoke on ABC Radio Sydney’s Drive program, telling host Richard Glover that the act of pointing a laser was a ‘precursor to war’.

‘In the military context that kind of laser designation is all about the precursor act to a hostile firing of a missile or some sort of trajectory of a bullet or a machine gun or a gun,’ he said.

‘Let’s be realistic, that’s the exact precursor act to an act of war.

‘It’s intimidatory behaviour and its designed to unnerve the pilots of this aircraft.

‘It’s like you know you are a hair trigger away from being shot out of the sky. It’s pretty intimidating behaviour, there’s no question about it.’

He warned of the consequences of such a laser hitting a target.

‘Choosing to point a laser at an Australian aircraft, it’s a hostile act,’ he said.

‘This is an industrial grade laser pointing, nothing like you have in the school classrooms.

‘This is something that will completely blind somebody. Not only will it blind a human if they happen to look at it wrong time, wrong place, but it will also damage some of the important sensors on the aircraft.

‘That can have potentially catastrophic effects on the aircraft itself… so this is not a benign act, it is genuinely adversarial behaviour, it is not appropriate.’

Australia’s Department of Defence agreed, telling Daily Mail Australia: ‘Acts like this have the potential to endanger lives.

‘These actions could have endangered the safety and lives of the ADF personnel.

‘Such actions are not in keeping with the standards we expect of professional militaries.’

On Tuesday, Mr Morrison announced that Australia would spend just over $804 million to buy drones and helicopters and set up mobile stations in Antarctica to strengthen Australia’s national interests. 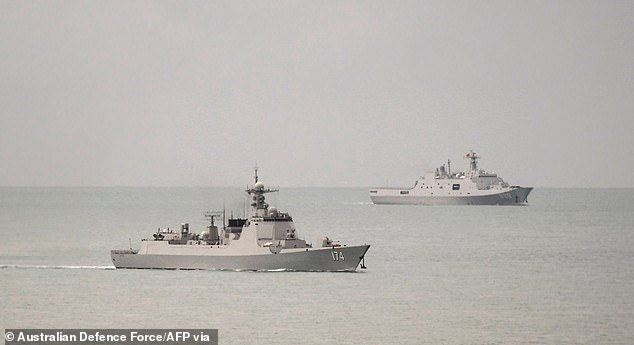 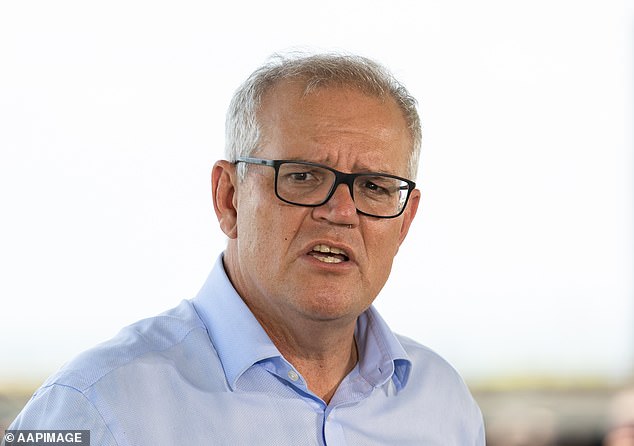 Mr Morrison said the funding, to be used over the next 10 years, would bolster Australia’s strategic and scientific capabilities as China looks to step up its presence in the frozen continent.

‘The money we are investing… will enable us to explore areas of East Antarctica’s inland that no country has ever been able to reach before,’ he said.

Drones and other surveillance vehicles will establish an ‘Antarctic eye’ with integrated sensors and cameras feeding real-time information.

Four new helicopters with a range of 550km will be procured, which can be launched from Australia’s icebreaking ship, Nuyina.

Australia’s Antarctic operations currently include four permanent research stations in Antarctica and the sub-Antarctic. About 42 per cent of the continent is claimed by Australia.