A leader of a rebel military group in the so-called Donetsk People’s Republic (DPR), blamed for brutal war crimes and shooting Ukrainian POWs since its formation in 2014, was shot dead in battle.

Zhoga’s kill was yesterday confirmed in a Telegram channel post from Denis Pushilin, head of the breakaway DPR. 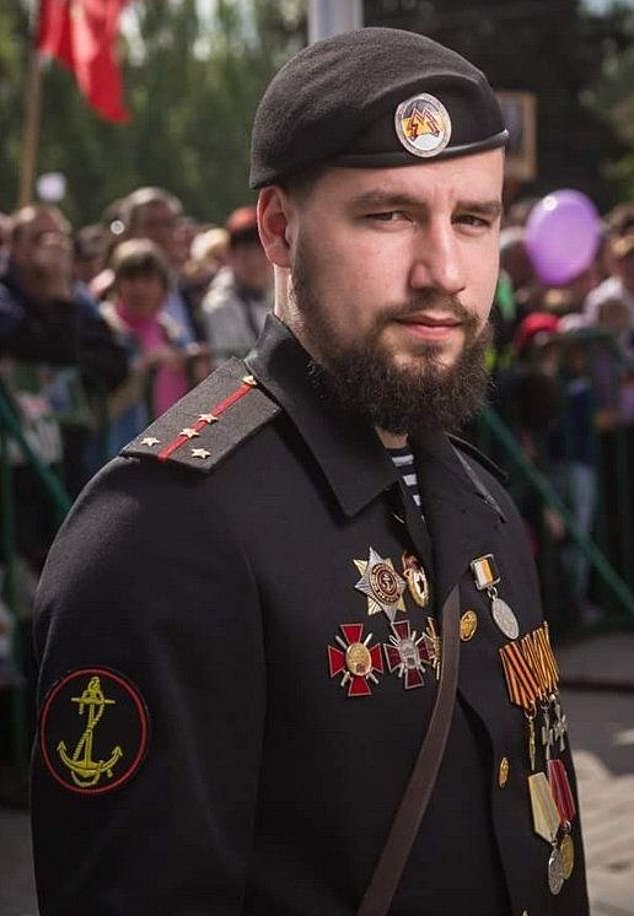 ‘He was mortally wounded while ensuring the exit of civilians.

”Sparta’ covered the evacuation of civilians, mostly women and children. The Nazis opened fire on them… 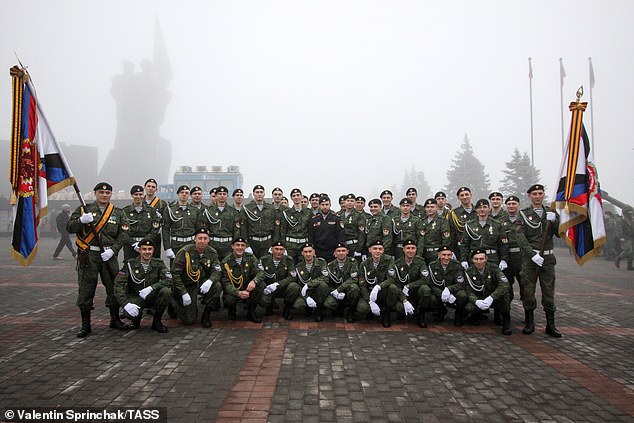 Soldiers of the Sparta Battalion, which was set up in 2014, pose for a group photograph in 2019 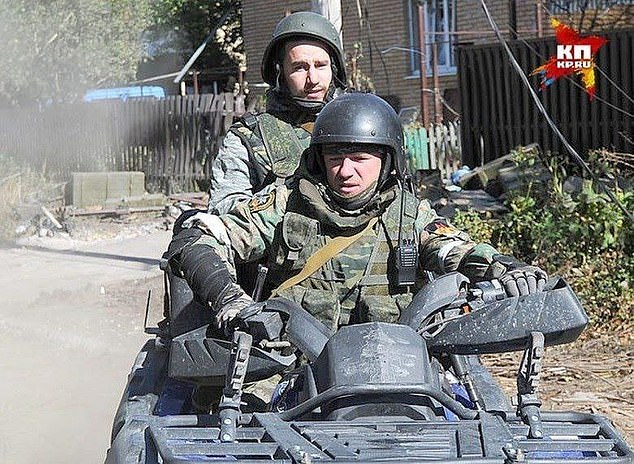 ‘I have signed a decree on conferring the title of Hero of the Donetsk People’s Republic on Vladimir Artemovich Zhoga posthumously.

‘He died a heroic death, just a little short of victory. But his feat brought it closer.

‘I express my sincere condolences to family and friends.

Zhoga became the group’s leader in 2016 after his predecessor Arsen Pavlov died following an IED explosion in the lift of his apartment.

Pavlov was accused of several war crimes, and in 2015 the Kyiv Post shared audio of him, in a phone call with the news outlet, saying he shot ’15 prisoners dead’.

A second attempt to evacuate refugees from Mariupol was scuppered again today after the city was shelled just minutes into an agreed ceasefire. 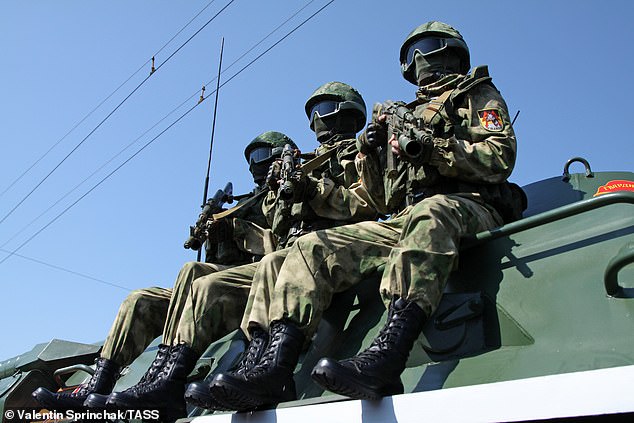 Sparta Battalion members in 2020, taking part in a Victory Day military parade marking the 75th anniversary of the victory over Nazi Germany in World War II

It followed similar attempts on Saturday when plans to evacuate refugees were halted when shelling recommenced 45 minutes into a ceasefire.

The International Committee of the Red Cross said: ‘Amid devastating scenes of human suffering in Mariupol, a second attempt today to start evacuating an estimated 200,000 people out of the city came to a halt.

‘The failed attempts yesterday and today underscore the absence of a detailed and functioning agreement between the parties to the conflict.’

However, in a telephone call with French President Emmanual Macron, Putin blamed Kyiv for the failed evacuations.

In a video address, the Ukrainian leader said: ‘They are preparing to bomb Odessa.