Australia is facing its most ‘dangerous’ security situation since World War Two, Scott Morrison will say in a stark warning about the threat posed by Russia and China.

In a keynote speech to the Lowy Institute on Monday, the Prime Minister will urge Western liberal democracies to stand together against autocratic aggression.

He will also announce a new nuclear submarine base will be built on the east coast, with Port Kembla and Newcastle in NSW and Brisbane in the running as possible locations.

The new base will house at least eight nuclear-powered submarines to be built by 2040 using US and UK technology under the AUKUS alliance signed last year. 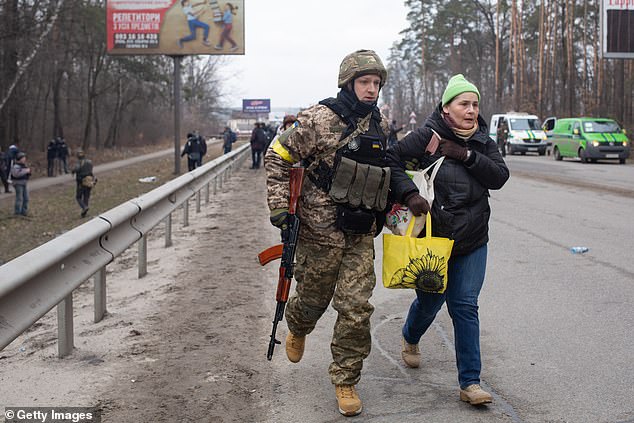 It comes on the 12th day of Russia’s invasion of Ukraine and after China banned several Australian exports last year.

Beijing has not condemned Russia’s invasion and Mr Morrison says the two countries represent an ‘arc of autocracy’.

An autocracy is when one person rules with absolute power unlike a democracy where there the whole population has influence.

‘We condemn Russia’s abhorrent actions in the strongest possible terms, as a gross violation of international law and an assault on freedom,’ Mr Morrison will say in his speech.

‘This is the latest example of an authoritarian regime seeking to challenge the status quo through threats and violence.

‘Our rules-based international order, built upon the principles and values that guide our own nation, has for decades supported peace and stability, and allowed sovereign nations to pursue their interests free from coercion. This is now under assault.

‘A new arc of autocracy is instinctively aligning to challenge and reset the world order in their own image.

‘We face the spectre of a transactional world, devoid of principle, accountability and transparency, where state sovereignty, territorial integrity and liberty are surrendered for respite from coercion and intimidation, or economic entrapment dressed up as economic reward.’ 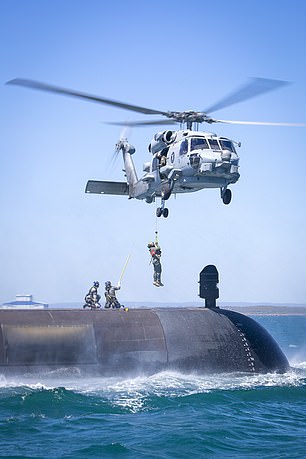 Mr Morrison will blame the ‘well motivated altruistic ambition’ of international institutions for opening the door to the threat, which he says he has been warning about for years.

With a federal election due in May, he will say the ‘clear eyed’ coalition government has taken action to bolster the country’s resilience despite criticism, but the veil is now being lifted.

‘And so Australia faces its most difficult and dangerous security environment in 80 years,’ Mr Morrison will say.

The speech comes after Australian missiles arrived in Ukraine as part of the federal government’s promised $70 million in military assistance, in addition to non-lethal military equipment and medical supplies.

Ukrainian President Volodymyr Zelenskiy told Mr Morrison in a phone call over the weekend he deeply appreciated the support from Australia.

Australia has fast-tracked the approval of 1,700 visas for those fleeing the war and Mr Morrison is flagging a potential resurrection of the temporary safe haven program that accommodated Kosovars during the Kosovo War.

The prime minister says Europe has had ‘a major wake-up call’ from Russia’s invasion of Ukraine and welcomes signs of a tougher stance by countries such as Germany, Sweden and Finland against ‘autocrat adventurism’.

‘There is a wider lesson here for Western liberal democracies as we come face to face with brutal, autocratic aggression and coercion. We must stand together,’ he will say.