Talented rugby player, 17, whose dreams of army career were dashed took his own life after arguing with girlfriend, inquest rules

A talented young rugby player took his own life in the woods after a row with his girlfriend, an inquest heard

Ieuan Strutt, 17, was found by partner Niomie Procter and a friend after he sent her a text saying: ‘I love you.’

An inquest heard Ieuan, who died in March 2020, had been badly affected by the suicide of his cousin and left disappointed when a knee injury  prevented him following a career in the military. 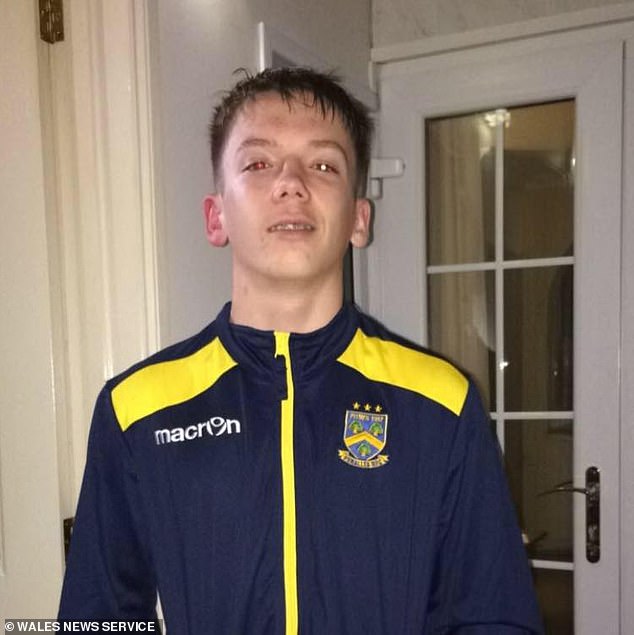 Ieuan Strutt, 17, of Hengoed, Caerphilly, was described as a ‘brave and fierce’ rugby player whose ‘dream career’ was to join the army but lost out when he suffered a knee injury

Ieuan, of Hengoed, Caerphilly, was described as a ‘brave and fierce’ rugby player whose ‘dream career’ was to join the army.

He had enrolled in the Army Foundation College in Harrogate, North Yorkshire, but suffered a knee injury and was discharged in September 2019.

An inquest heard he argued with girlfriend Niomie before heading to woods where sent her a picture of the ground and a message saying: ‘I love you.’

Niomie and a friend found him and dialled 999. Ambulance staff resuscitated him but he tragically died four days later.

Gwent Coroner Caroline Saunders said: ‘Niomie was spoken to by the police officer.

‘The police officer was told that they had had an argument that day and that Ieuan had sent her a picture of the ground saying “I love you” and that he did not want a response to the message.’

In a statement Niomie told the hearing Ieuan had woken up ‘in a mood’ and that the couple ‘argued a lot’ during their 18 month relationship.

She added: ‘I called Ieuan numerous times during the argument and he didn’t answer my calls. We then sent several messages through Facebook.’ 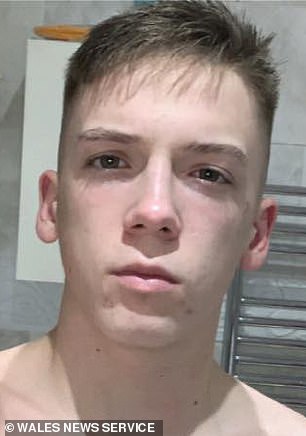 His inquest heard he had enrolled in the Army Foundation College in Harrogate, North Yorkshire, but suffered a knee injury and was discharged in September 2019

The hearing was told Ieuan’s mother Clare Jackson said there ‘relationship problems’ with Ieuan and his partner.

In a statement she said he had struggled with the loss of a cousin to suicide and had received support from mental health professionals.

Ms Saunders said the medical cause of death was ‘asphyxia caused by hanging’ and recorded a conclusion of suicide.

She said: ‘Ieuan was affected by the death of his cousin by suicide when he was young.

‘Ieuan had also struggled with the disappointment of not being able to pursue his dream of an Army career and woven throughout these problems were issues relating to his mental health.

‘It is clear that the option of taking his own life lay in the background for some time.’

‘Separately we have heard there were ongoing tensions between Ieuan and his girlfriend.

‘Although this is not a court of blame, and it would be impossible to judge the effect this was having on Ieuan, clearly it was causing him significant distress as he shared with his family.’

In a tribute, Ieuan’s rugby club Penallta RFC described him as a ‘brave and fierce’ player who was ‘part of many brilliant tries and wonderful moments throughout his playing life’.