A year has passed since the majority of the country’s COVID-19 lockdowns began, and for many Americans it has been a time of struggling to work from home, caring for kids in remote education, being unemployed and anxiously awaiting federal aid.

Yet America’s billionaires have enjoyed a year of record profits.

Since March 2020, the combined wealth of the nation’s 657 billionaires has increased more than $1.3 trillion, or 44.6%. These billionaires now have a combined net worth of $4.3 trillion, Fast Company reported.

Those who enjoyed the greatest growth in their wealth between March 18, 2020, and January 18, 2021, according to a spreadsheet compiled by the Institute for Policy Studies and Americans for Tax Fairness that was published by Forbes.

According to the list, Tesla’s Elon Musk’s wealth increased by $154 billion, while Amazon’s Jeff Bezos made $68.5b. Mark Zuckerberg’s grew by $37.3b, while Daniel Gilbert, of Quicken Loans, made $35b. The top earners’ list was rounded out by Oracle’s Larry Ellison who made $27.8b and Google’s Larry Page by $25.4b.

In the same year, almost 80 million Americans lost their jobs. As of February 27, 2021, 18 million were collecting unemployment. 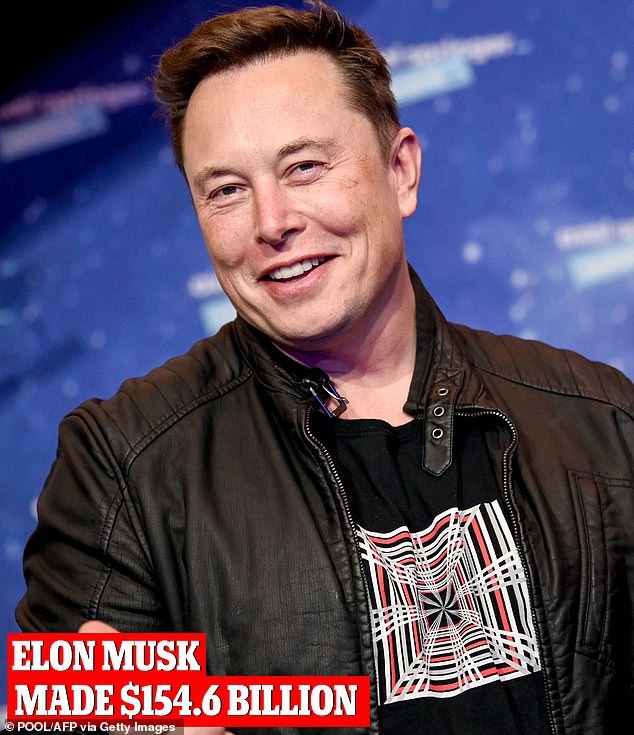 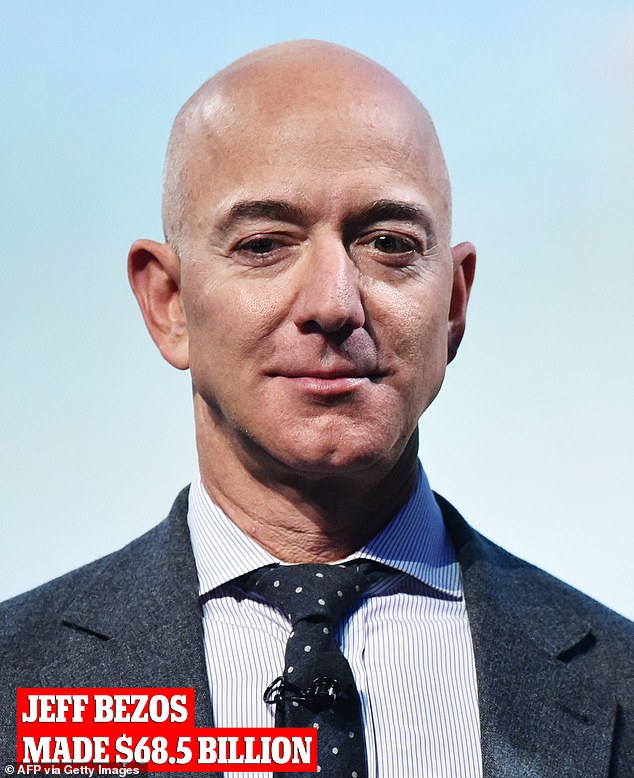 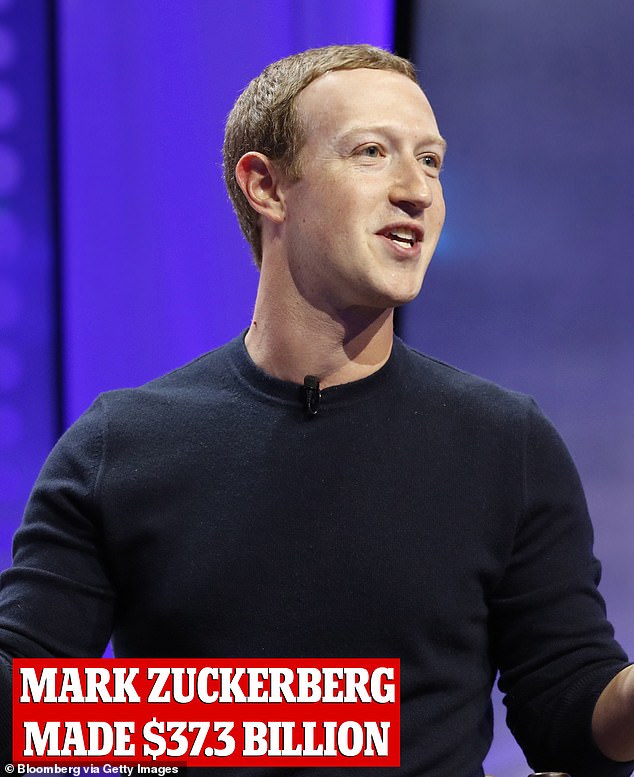 On average, the wealthiest 15 billionaires’ fortunes increased 58.7% between March and January, while some, such as Musk, were up more than 500%, Forbes reported.

The massive increase of wealth among the nation’s richest was not celebrated by everyone as a victory for the economy.

The progressive Institute for Policy Studies released a report on ‘pandemic profiteers’ in April 2020 showing how billionaire wealth rebounded after the initial stock market crash following the virus outbreak and continued to grow. 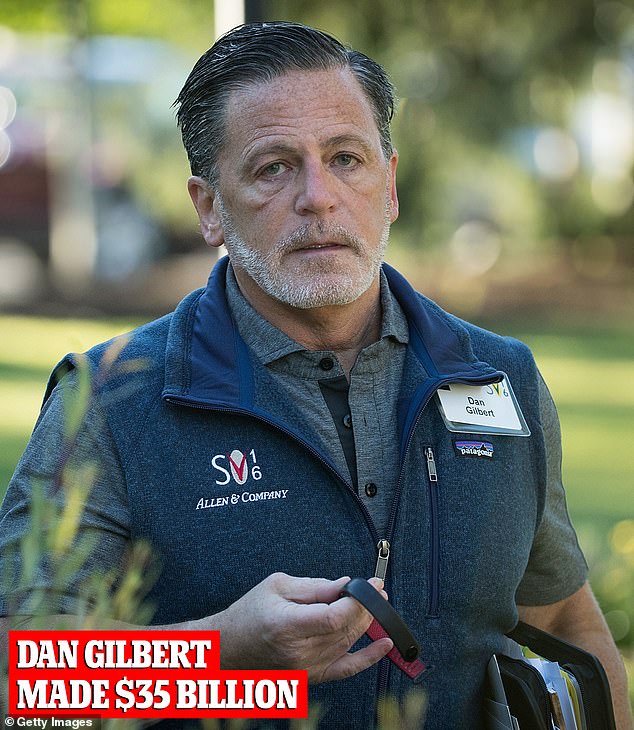 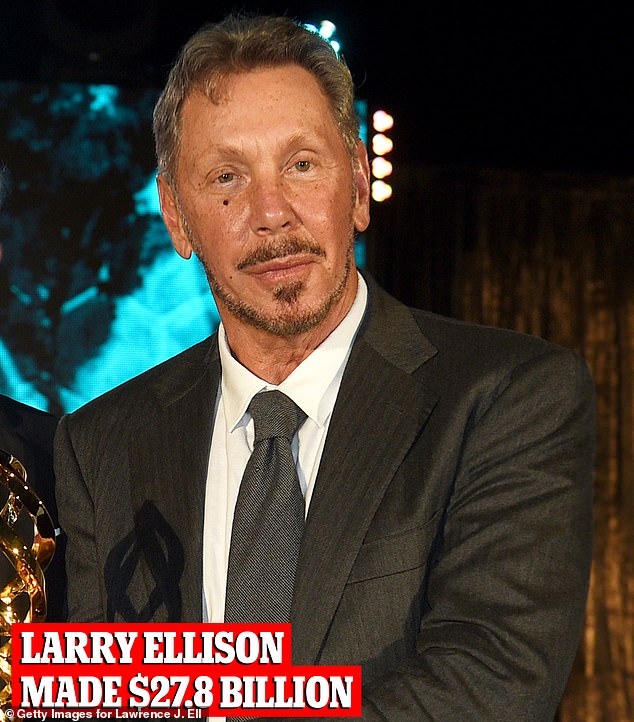 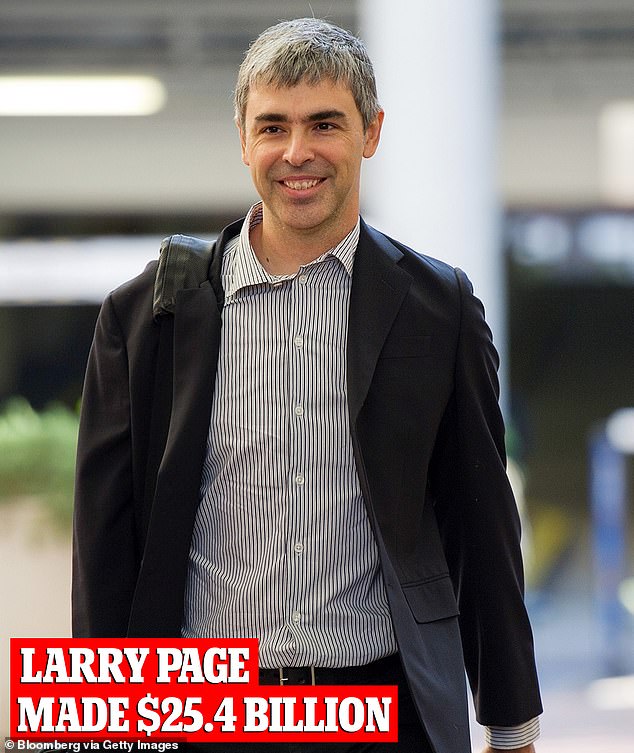 ‘The pandemic profiteers are extracting windfalls of wealth during a time of widespread suffering for the majority of people,’ Chuck Collins, director of the Program on Inequality and the Common Good at the Institute for Policy Studies, said in a statement.

‘They exploit the artificial markets created by the pandemic, including having their Main Street competition shuttered and our increased dependence on online technologies,’ Collins of the Institute for Policy Studies said.

Sen. Bernie Sanders of Vermont said he believes the country cannot tolerate billionaires such as Bezos, Zuckerberg and Musk ‘becoming obscenely rich at a time of unprecedented economic pain and suffering.’

‘There is no doubt that big-tech billionaires and the companies they own have endangered our democracy and control far too much of our economic and political life,’ Sanders said in a story about the boom in the wealth of technology billionaires reported by The Washington Post.

‘The time has come to tax their wealth and break up tech giants and other huge conglomerates that have monopolized nearly every sector of our economy,’ Sanders said.

Zoom, which became a household name during the pandemic while being used for work meetings, school classes and virtual get-togethers, experienced a profit increase of 4,000%, from $16 million in 2019 to $660 million in 2020. The company paid no federal income taxes, Fast Company reported.