A restaurant owner is demanding a £2,000 payout after ‘feeling bullied’ into closing for a day for the filming of a new BBC thriller.

Bosses of Bianchis in Bristol made the last minute call to close after producers set up cameras for the upcoming drama ‘Chloe’ – starring The Crown’s Erin Doherty.

Owners of the York Road trattoria said producers for the ‘audacious’ new series had visited weeks earlier to inform them filming would take place.

They say they were originally offered £800 in compensation and so decided to stay open during filming on Sunday – on the promise customers would be allowed through.

But bosses say customers, and even one of the co-owners, were stopped from reaching the restaurant – and so they decided to close.

Now the owners are demanding compensation from the company behind the new series, Mam Tor Productions.

Dominic Borel, who is one of the co-owners of the restaurant, said: ‘We missed out on takings of around £2,000 by having to close, and that’s on top of food wastage and staff costs 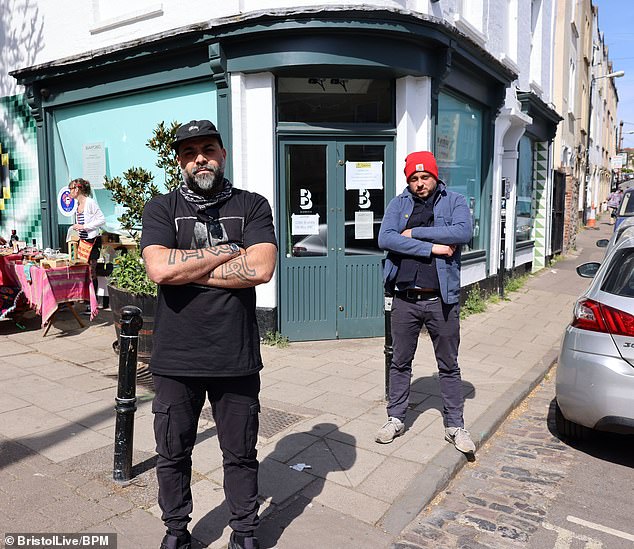 ‘We were told there would be no interruption to our business but that wasn’t the case at all.

‘It might not sound like a huge amount to miss out on, but after the year we’ve had the margins are incredibly tight and every penny counts, so it’s hugely damaging.’

Mr Borel said the restaurant was initially offered £800 by the site manager when she first visited, as well as the promise of refreshments purchased by crew members.

But he said that this would not have been enough to cover the disruption.

‘A few coffees and an £800 fee would have been nowhere near enough to cover the amount of disruption,’ Mr Borel said.

After discussions the fee was increased to £1,000, but this would not have sufficed either.

When the crew prepared the shoot at around 8am on Sunday, Mr Borel said it became instantly clear that the restaurant – which is currently operating as a pop-up shop and deli until it welcomes customers inside from late May – could not be accessed by customers, forcing him to close. 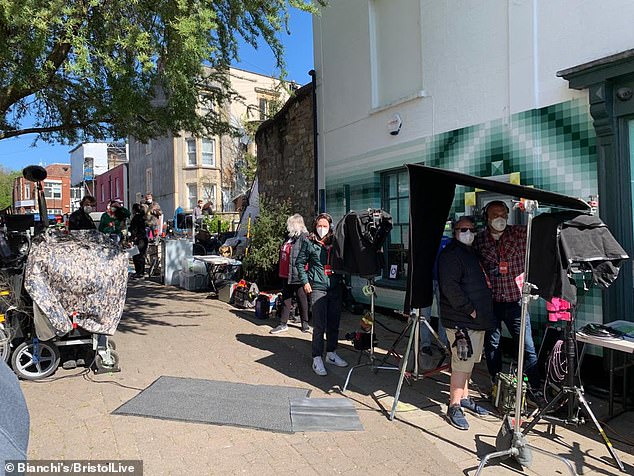 When the crew prepared the shoot at around 8am on Sunday, Mr Borel said it became instantly clear that the restaurant could not be accessed by customers, forcing him to close

Mr Borel said a crew member tried to reassure him on the day by saying customers could be ‘funnelled through’ to the shop at certain moments.

But he said this would not have been viable as the majority of customers would have assumed the business was closed.

The 37-year-old added that even restaurant co-owner Ben Harvey was denied access to the restaurant by a crew member at one point in the day, which he slammed as ‘completely out of order’.

Mr Borel is now calling on the company to fully compensate his business.

He said: ‘Our baker started work at 3am to make the focaccia for Sunday and our chefs had come in early, so that’s a big expense already.

‘To be honest we felt like we were bullied into closing for the day by a big company who thought they could do what we want as we’re a small independent business.’

Chloe is a new series being filmed at various locations across Bristol and is described as an ‘assertive, audacious thriller’ exploring obsession, identity, grief and truth.

It stars some of the UK’s hottest young acting talent including Erin Doherty – who won critical acclaim for her portrayal as a young Princess Anne on The Crown.

Billy Howle, from The Serpent, Pippa Bennett-Warner, from Gangs Of London, and Jack Farthing, from Poldark, are also set to feature.

The six hour-long episodes are a co-production between BBC One, Mam Tor Productions and Amazon Studios. 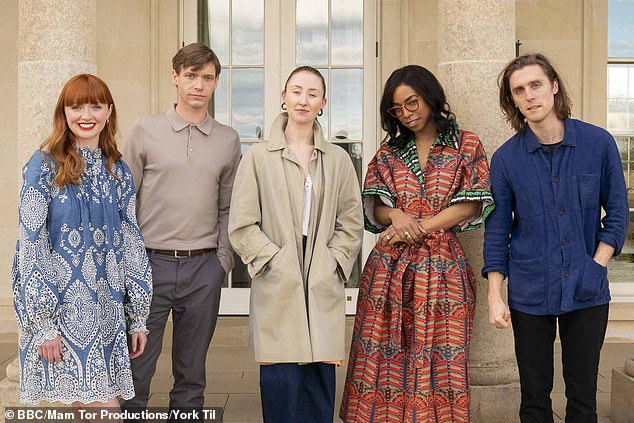 Chloe is a new series being filmed at various locations across Bristol and is described as an ‘assertive, audacious thriller’ exploring obsession, identity, grief and truth. It stars some of the UK’s hottest young acting talent including Erin Doherty (centre) who starred in The Crown. Pictured: The cast of new BBC hit drama Chloe

A spokesperson for the production said: ‘It’s of the highest priority for the Chloe production team to ensure Bristol, local businesses and residents are well looked after and informed during the filming of Chloe.

‘Production started official consultations with businesses that were in the area a month prior to filming.

‘It’s of the utmost importance to the Chloe production team to work hand in hand with the local community.

‘We want to ensure we’re celebrating Bristol as a fantastic location to film and we’re aware we can’t do this without the support of the local community.

‘We want to thank everyone for their generosity and co-operation.’

‘In such instances, the film office works closely with the production team to ensure residents and businesses are kept informed.

‘We’re working to get a better understanding of the unforeseen issues experienced by Bianchis and local residents during filming and will raise these with the production team.’