A family including two young children are soaked but safe after they were almost swept away in raging floodwaters in a dramatic rescue in Sydney’s north-west.

The family of four were being rescued from their flooded Lower Colo home on Tuesday afternoon when the NSW State Emergency Services boat they were travelling in overturned as it approached Sackville Ferry Road.

Other SES units and Marine Rescue rushed to the scene to rescue the family and three SES personnel on board and transported them to safety on dry land.

Dramatic photos and vision show two young girls being carried to shore by SES personnel, where they were examined by paramedics. 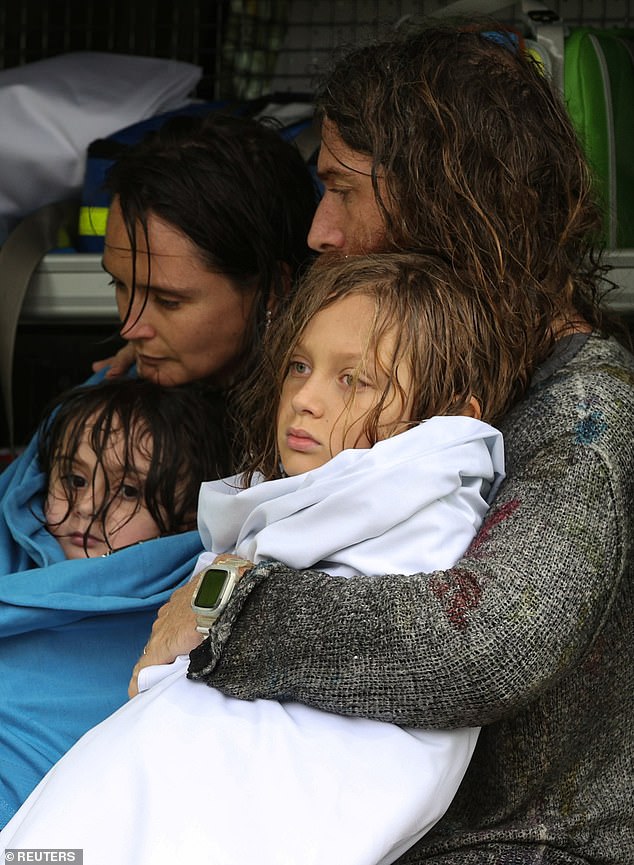 The little girls were seen huddled with their relieved parents wrapped in rescue blankets before the shaken but uninjured family were ushered into a waiting bus.

‘We had to rely solely in boats, which when the river is in flood can be a dangerous exercise,’ she told reporters at the scene

‘It’s particularly dangerous in a fast flowing river…the forces of nature can take over.’

NSW SES has since suspended helicopter and boat evacuations in areas along the Colo River. 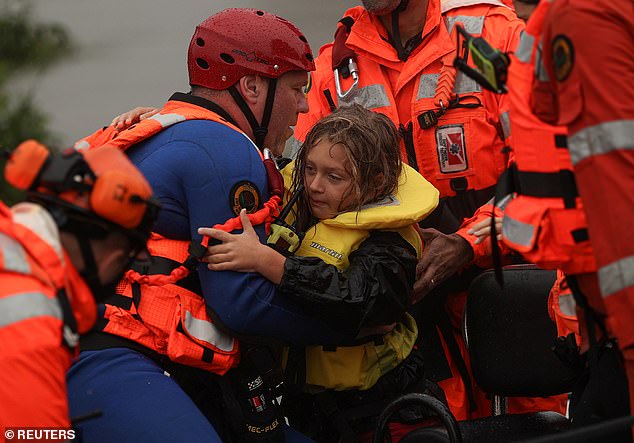 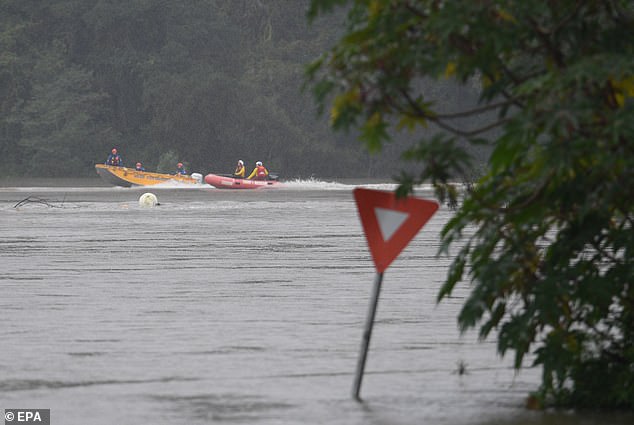 The river at Upper Colo is currently peaking at 14.62 metres and not currently expected to rise any further.

‘NSW SES advises along the Colo River to remain vigilant, monitor the situation and in the event that river levels begin to rise again.

Around 18,000 NSW residents have evacuated their homes in the last six days, with another 15,000 warned to be on stand-by to do the same. 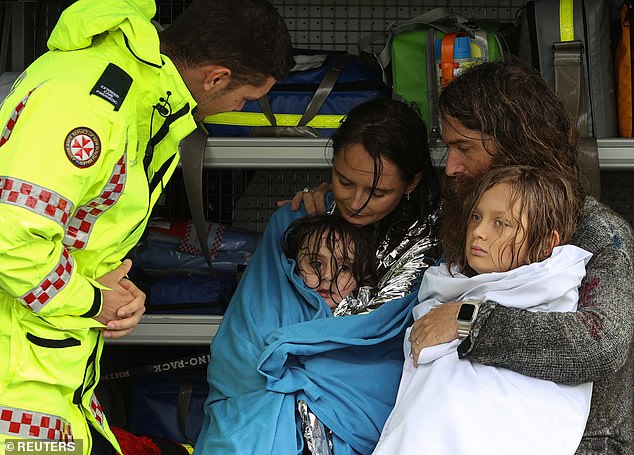 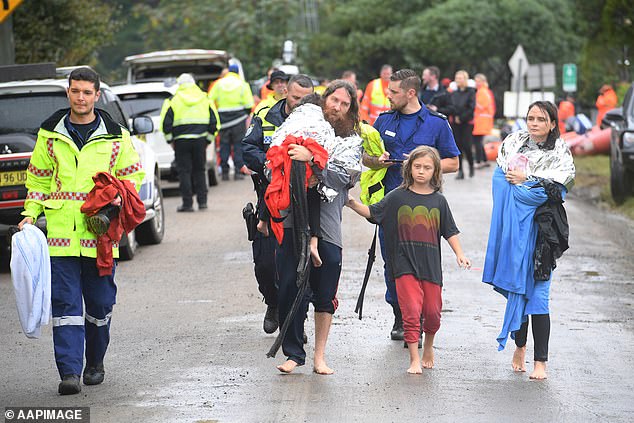