‘This is why you’re not going to hear from me for a while’: Rep. Dan Crenshaw reveals he’ll be ‘blind for a month’ after undergoing eye surgery nine years after losing his right eye in Afghanistan

Rep. Dan Crenshaw has announced he will be ‘blind for a month’ and will be going ‘off the grid’ after undergoing emergency surgery in his left eye.

The Texas congressman, who lost his right eye during his deployment in Afghanistan, revealed on Saturday that he has been experiencing complications with his remaining eye.

‘I am sorry to inform everyone that I will be pretty much off the grid for the next few weeks,’ he said in a statement shared on social media.

‘A few days ago, I noticed some dark, blurry spots in my vision, which seemed out of the ordinary. I went to get this checked out by an ophthalmologist on Thursday and they discovered that my retina was detaching. 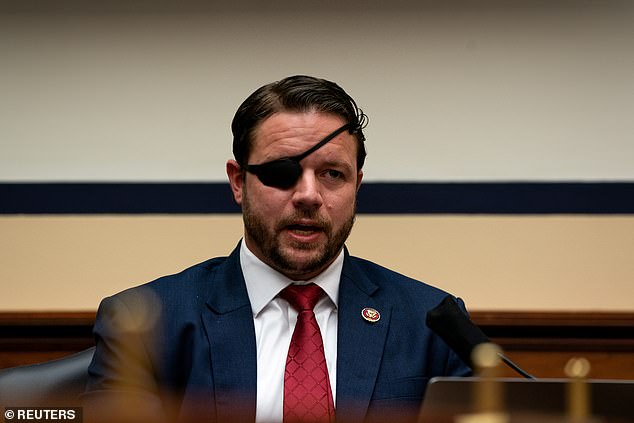 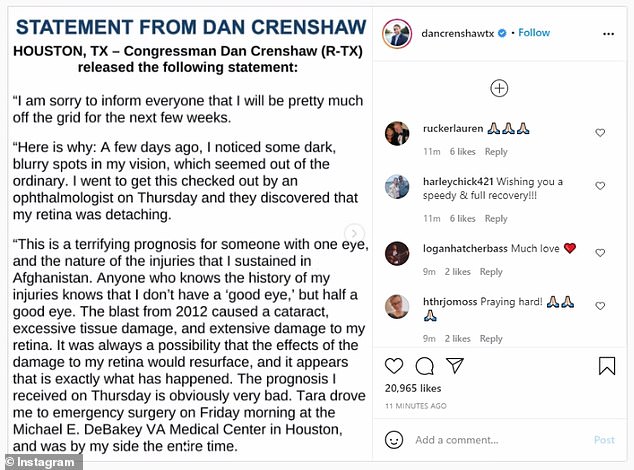 The Texas congressman, 37, said he was experiencing complications with his left eye due to his injury in Afghanistan in 2012

‘This is a terrifying prognosis for someone with one eye, and the nature of the injuries that I sustained in Afghanistan.’

The former Navy SEAL, 37, wears an eyepatch after he lost his right eye when a bomb detonated in Afghanistan during his third deployment in 2012.

Although he can still see from his left, Crenshaw explained the blast had also caused a cataract and extensive damage to the retina and there was ‘always a possibility’ that the effects of the injury would resurface.

‘Anyone who knows the history of my injuries knows that I don’t have a ‘good eye,’ but half a good eye,’ he added.

‘The prognosis I received Thursday is obviously very bad. Tara drove me to emergency surgery on Friday morning at the Michael E. DeBakey VA Medical Center in Houston and was by my side the entire time.

‘The surgery went well, but I will be effectively blind for about a month. I want to especially thank the phenomenal team of doctors and nurses at the VA who took such good care of me.’ 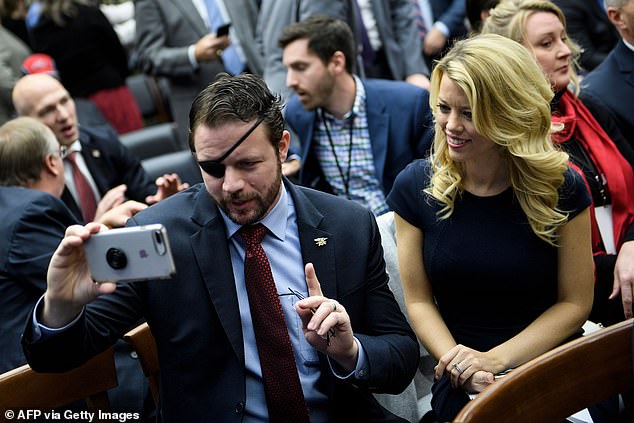